'Why is this happening to me?' Immigration issues keep B.C. man and wife apart for 20 years of marriage

Paramjit Basanti has been married to his wife, Charanjit, for over 20 years. In all that time, they've only been together about 18 months because multiple attempts to sponsor her for Canadian permanent residency have failed. His lawyer says it's a symptom of bigger problems.

Paramjit Basanti has been married to his wife for over 20 years.

In all that time, they've only been together about 18 months because multiple attempts to sponsor her for Canadian permanent residency have failed.

"My eyes get watery overnight. I can't sleep," Basanti, 68, said in his native Punjabi through a translator.

"My mind keeps thinking about all these things: other people, my friends, they have families and they've got grandkids."

Paramjit Basanti, a Canadian living in Surrey, B.C., wed Charanjit Kular — an Indian citizen who is now 52 — in an arranged marriage in February 1999.

Since then, he has tried to sponsor her five times. All five times, she was rejected.

His lawyer, Narindar Kang, said it's a symptom of the Canadian immigration system's misplaced focus on preventing "bad faith" marriages. Those are marriages where a couple marries solely to get one partner Canadian citizenship with no intention of staying together.

Watch as Basanti describes how the immigration fight has impacted him:

Paramjit Basanti: 'This has affected me in a big way'

11 months ago
0:23
Basanti says he's thinking all the time about his wife's immigration struggles. He suspects it may have led to his heart attack. 0:23

"I think it's the most egregious example I've ever seen," Kang said. "This couple should be reunited after so many years."

Kang, along with two other lawyers not connected with the case, told CBC News the Basantis' situation is not unique.

They say it's time the federal government made changes to reunite genuine couples separated by immigration difficulties.

Paramjit Basanti has lived in Surrey since 1994, when he immigrated from India. He works as a janitor and labourer.

He shares a modest home in the city's Bridgeview neighbourhood with eight other family members, including two brothers, a sister-in-law, two nephews and their wives and a grandniece.

It's a big family, but without Charanjit, who lives in a village in Punjab, he describes himself as a lonely man.

"I keep on trying again and again," he said.

"During the day I keep myself busy but my mind goes to this question: why is this happening to me?"

Watch as Basanti is asked how he can prove his marriage is genuine: 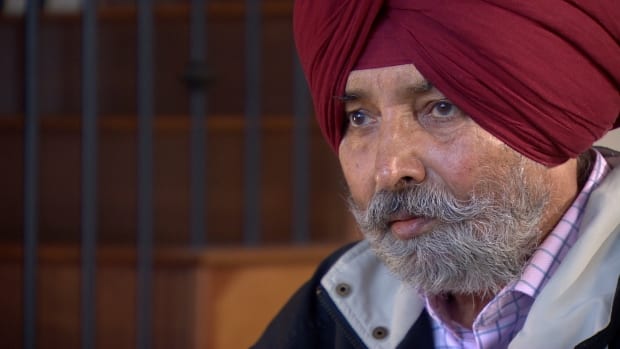 Paramjit Basanti: 'I keep on trying again and again'

After marrying Charanjit in 1999, he sponsored her in 2000. She was rejected.

The Ministry of Citizenship and Immigration's Immigration Appeals Division (IAD) found the couple seemed to know very little about each other. Charanjit didn't even know what her husband did for work.

It found, on a balance of probabilities, Charanjit did not intend to live with her husband once coming to Canada and the marriage was not genuine.

A 2002 application was rejected mostly for the same reasons — ironically, it was his now-lawyer, Narindar Kang, who rejected that appeal when he was an IAD board member.

He said the couple was not represented by a lawyer at the hearing and their consultant provided almost no evidence.

In 2005, they applied again unsuccessfully. In a 2007 appeal, the Basantis argued that the length of their seven-year marriage, tours of India together, ongoing telephone conversations and visits, Paramjit's financial support of his wife and their attempts to conceive a child via repeated fertility treatments should be treated as new evidence of a genuine marriage.

The IAD did not agree.

A fourth sponsorship application was filed in 2008, and rejected as non-genuine.

A fifth application was filed in 2013 and rejected for a new reason.

In 2010, changes to immigration regulations made any spouse ineligible to be sponsored if that marriage's "primary purpose" at the time of the wedding was gaining immigration status.

In 2001, Basanti's then-counsel conceded immigration was the primary purpose for the marriage.

Appeals of the fifth application have noted their ongoing relationship but found it less relevant because of the primary purpose issue.

Kang recounted it was common practice before 2010 to concede that immigration was the primary purpose of a marriage because it actually led to shorter, faster immigration hearings.

What might be needed to overcome it now is a new application heard by visa officials who put less weight on the 2001 concession.

Better yet, he added, the federal government could simply change the rules back to the old way.

Aleksandar Stojicevic, a Vancouver immigration lawyer and past chair of the Canadian Bar Association's immigration section, said situations like the Basantis' are surprisingly common.

He agrees the rule should be changed back.

"It's time again that this be brought back and put on the government's front burner," Stojicevic said. "All it's doing is stopping genuine couples from being together."

Another immigration lawyer, Peter Edelmann, said the system as it is doesn't consider how genuine relationships change over time and grow deeper.

"Which is a more rational way of looking at it," Edlemann said. "There should be more flexibility."

'She's there by herself'

CBC News requested an interview with new Immigration Minister Marco Mendicino. He was not made available.

Despite all their obstacles, Paramjit Basanti still has "100 per cent faith" he and Charanjit will be together.

Kang said Basanti's next attempt will begin with a sixth sponsorship application filed in the coming weeks.

Watch as Basanti explains why he won't quit his fight: 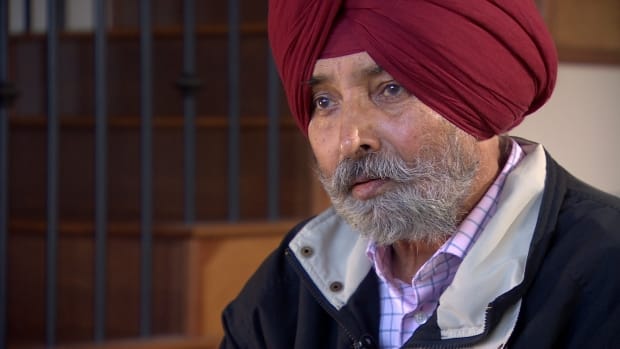 CBC News asks: why don't you give up?

11 months ago
0:58
Paramjit Basanti says after 20 years, he has no intention of quitting his immigration fight. 0:58