Surrey city councillor and mayoral candidate Barinder Rasode unveiled what she called her 'ten point plan' to crack down on crime, and make Surrey one of the safest cities in the country.

Mayoral candidate is the latest to focus campaign on crime and safety, seen as the biggest issues in Surrey 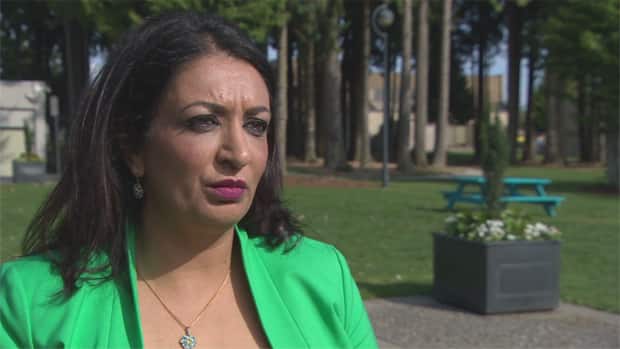 'No call is too small' anti-crime strategy

6 years agoVideo
2:11
Surrey city councillor Barinder Rasode is targeting crime in her pitch to become the city's next mayor 2:11

Another mayoral candidate in Surrey, B.C., has made crime the focus of the upcoming election campaign.

Surrey city councillor and mayoral candidate Barinder Rasode unveiled Thursday what she called her 'ten point plan' to crack down on crime, and make Surrey one of the safest cities in the country.

"For too long the city has muzzled police and ignored the community's safety concerns," Rasode said in a statement released Thursday morning.

Rasode says she plans to build a community-based policing model, similar to the one used in neighbouring Delta, B.C., which uses a 'no call too small' approach.

Unlike Delta — which employs a municipal police force — Surrey has a contract with the RCMP, and Rasode would have to deal with additional layers of bureaucracy in her effort to hire more police officers, and get a greater percentage on street patrols.

"Barinder's public safety plan is excellent, and it will help make Surrey one of the safest cities in Canada," Cessford said in a statement.

A poll released earlier this year showed crime was by far the most important issue to Surrey voters. One of Rasode's opponents — former Mayor Doug McCallum — has formed a political slate known as the Safe Surrey Coalition, which is focused primarily on issues of public safety.