Sure the video is adorable, but there's nothing funny about bears in cars

The videos are cute and amusing and enough to make you wonder if bears are evolving — soon to be boosting Benzs and burning rubber to the nearest chicken shack.

Bears are smart, and if there's food left in a car, they'll find a way to get in and come back for more

The video evidence is clear: 2019 has been a banner year for bears in cars.

Last week a bear near Port Alberni on Vancouver Island managed to break and enter its way into five cars in one night, cleverly lifting door handles with its lower jaw.

In September, a Port Moody bear not only opened an SUV, it locked itself inside.

And in August, a bear caught on an Anmore security camera appeared so skilled at opening a car door, you'd swear it was moonlighting as a valet. 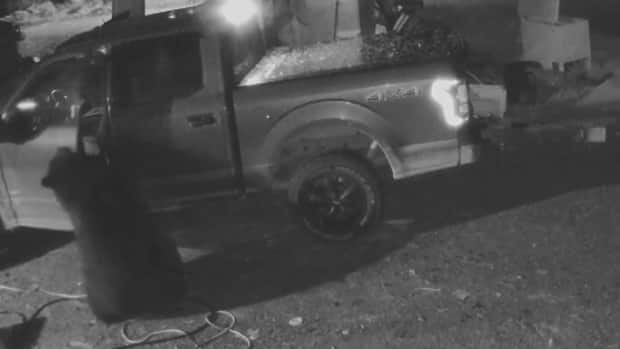 A bear opens a car door in Port Alberni

1 year agoVideo
0:36
A conservation officer is reminding people to lock their car doors after a bear was filmed opening a car door. 0:36

The videos are adorable and amusing and enough to make you wonder if bears are evolving — soon to be boosting Benzs and burning rubber to the nearest chicken shack.

But human-bear conflict expert Lana Ciarniello says the footage is nothing to laugh at.

"Unfortunately it isn't funny because it results in bears being destroyed," said Ciarniello, owner of Aklak Wildlife Consulting.

"I wouldn't say bears are evolving, I'd say people are getting stupider — there's a lot of bears being shot because people just aren't taking care of attractants."

A bear is drawn to a car when it smells something inside. In the Port Alberni case it was Cheezies and baby wipes. In Deep Cove a few years ago, it was a box of protein bars that resulted in $10,000 damage.

Ciarniello says it takes only a single episode for a bear to learn to associate cars with food. And because the animals are so smart they will figure out how to open an unlocked car door to get at the reward, and then try other cars for more.

Wildlife experts will attempt interventions to reverse this kind of behaviour. But even then, a bear will often outsmart them.

'Bears are so smart'

"Say we biologists, trained personnel, go and hit the bear with rubber bullets," said Ciarniello. "Bears are so smart they begin to associate the type of vehicle we are using to adversely condition them. So in some places they've actually had to change vehicles when they do these adverse conditioning programs."

The sad reality is that a bear that is both food conditioned and habituated — meaning it is no longer afraid of humans or human situations — has a high probability of becoming a problem bear and then a dead bear when the Conservation Officer Service is called in.

'Only in Port Moody': black bear traps itself in car

1 year agoVideo
0:20
A black bear was found trapped in a car in Port Moody, B.C., overnight much to the surprise of the person who stumbled upon it. Police were called and the bear was safely freed. 0:20

It's a completely avoidable chain of events. And it makes Ciarniello see red.

"We need to stop calling them problem bears and start labelling it as problem humans because, really, it's our inability to properly take care of our attractions in bear country that causes these behaviours to develop," she said.

521 bears destroyed so far this year

Inspector Murray Smith, who's served 33 years with the Conservation Officer Service, says it takes very little to tempt a bear to break into a car.

"Sometimes it's a granola bar or even one teddy graham. Even just a wrapper," he said. "Understand, bears have a sense of smell that's 50-times better than humans."

According to Smith, conservation officers in the Lower Mainland have been busier than ever  with bear complaints this year, issuing a record number of warnings, fines and orders to tidy properties.

And data from the Ministry of the Environment shows the number of bears destroyed by conservation officers so far this year is up 150 compared to last year at the same time — 521 versus 371 in 2018.

Under the Wildlife Act, the fine for not securing garbage or attractants is $230. Ciarneillo believes conservation officers should be cracking down harder on people who don't take proper care.

"I really want to see people fined,' she said. "The bigger the better."

It's an idea Port Moody took to heart a few months ago. As development pushed farther into bear habitat, the city has become a human-bear conflict hotspot. So to help drive the bear safety message home, city council voted to increase garbage fines 10-fold — up from $50 to $500 for a first time offender, $750 for a second offence and $1,000 for a third.

"Problem bears are not born they're made out of human ignorance," said Ciarniello.

"Why are we killing all the bears? When they get to a point in their behaviour it is the right thing to do for human safety, but don't you think someone should be held responsible, just because they can't keep their trash in a bear resistant location?"