A former Vancouver principal says the poverty facing the city's young students is nothing new, and he's urging the province to do something about it. 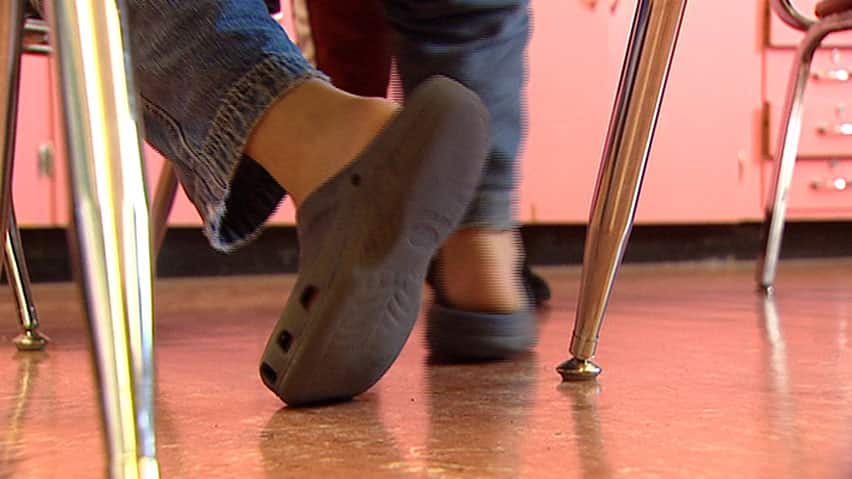 9 years agoVideo
2:13
While donations of socks and shoes pour in to a Vancouver elementary teacher, the school's need is decades old, the CBC's Belle Puri reports 2:13

A former principal and one of the people behind Vancouver's inner-city school designation says the poverty facing young students is nothing new.

The issue was catapulted into the spotlight on Monday after East Vancouver elementary school teacher Carrie Gelson wrote an open letter calling attention to the plight of her students, saying they need everything from breakfast to counselling to socks.

Mark Proctor, a past principal at Admiral Seymour Elementary School, said these are the same problems he witnessed 20 years ago.

"The provincial government, I'm sure, would point out that there are more dollars each year — education in British Columbia  is a $500-million a year enterprise, it's not a small operation," he said.

"And yet we still have these children who are sort of falling through the cracks, and there has to be an appetite and a will to fund specific programs to meet the needs of children who are not coming up to scratch and getting the benefit out of the system."

Proctor admits it's a difficult problem to address but said private and public donations, like those pouring in after Gelson's appeal, are a good start.

He said a strong community response is important, but believes the province must pave the way for long-term improvements.

"Private funding and corporate funding can lead the way and can spearhead and can show what can be done," Proctor said.

"But without core funding, without funding that continues year to year, these programs do not survive and continue. I laud people who step up, I admire the people who stepped up and donated to Carrie Gelson's cause immediately. But it's really necessary for us to systematically respond to it. For our government to respond to it."