'We will deliver right to the border': B.C. town vows to look after U.S. neighbours in pandemic

Residents of a small B.C. border town have pledged to help their Alaskan neighbours during the COVID-19 crisis, even as the border between Canada and the United States closes to non-essential travel.

Residents of a small B.C. border town have pledged to help their Alaskan neighbours during the COVID-19 crisis, although the border between Canada and the United States is closed to non-essential travel.

And so, when Canada and the United States announced plans to close their borders to non-essential travel to stop the spread of COVID-19, Stewart Mayor Gina McKay took to Facebook with a pledge that businesses and community members would deliver groceries, fuel and other essential supplies to the border.

"While we are technically two countries and two communities, we really are one," she said.

Here is the mayor of Stewart, B.C., promising her community will look after the residents of Hyder, Alaska if they are cut off by the Canada-U.S. border closure, even if it means leaving supplies at the crossing. "We are one community." <a href="https://twitter.com/hashtag/covid19?src=hash&amp;ref_src=twsrc%5Etfw">#covid19</a> <a href="https://t.co/Um2FslxU0T">pic.twitter.com/Um2FslxU0T</a>

Though it hasn't yet come to that, McKay said people in Stewart are prepared to do whatever it takes should the need arise.

"Everybody was just rallying here in Stewart. The grocery stores, places that sell fuel, the hardware store … they just said, Hyder will not be left in a lurch," she told CBC Daybreak North host Carolina de Ryk. "We will deliver right to the border if necessary.

"We will help, and we will do whatever we can to get them through this, get us all through this," she said. "I believe that the people in Hyder, Alaska, needed to know that we were going to be there for them no matter what."

Alaska has at least 85 cases of coronavirus in six communities. So far, there have been no cases in Hyder. There has been one death in the state from COVID-19.

There are 12 cases of coronavirus in B.C.'s Northern Health region, of which Stewart is a part.

For now, residents of Hyder are still able to travel to Stewart for supplies.

According to the Canada Border Services Agency, "healthy, non-symptomatic individuals for whom crossing the border on a day-to-day basis is essential for work and daily life will still be permitted."

But there are restrictions.

McKay said recreational crossings aren't allowed, which means Stewart-based snowmobilers who favour the Hyder backcountry are having to find alternate places to enjoy the winter weather.

"Other than that, it's working out quite well," she said.

McKay also said she hasn't heard any talk of adding military guards to the crossing, although the idea of deploying troops to other crossings could be a possibility, according to the the Trump administration.

The border is managed by Canadian officials and includes a self check-in for those crossing after hours. 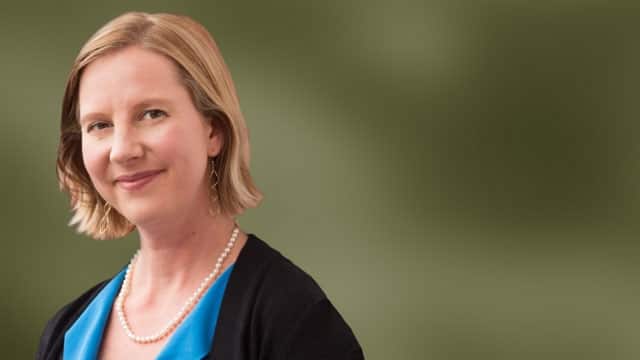 Daybreak North5:55'We will deliver right to the border if necessary': How Stewart, B.C. is looking after Hyder, Alaska during Canada-U.S. border closures
Hyder, Alaska is a small community cut off from the rest of the United States and so residents rely on Stewart, B.C. for most of their services, so there were a lot of worries when the Canada-U.S. border closed due to COVID-19. Carolina de Ryk checks in with Stewart mayor Gina McKay. 5:55

Caroline Chan is a journalist at CBC Vancouver.