Snowy owls have left the arctic en masse this year, flocking south to B.C. in numbers never seen before. But the birds are emaciated and dying of starvation say a Government of B.C. biologist.

Biologist believes 2012 'biggest year ever' for snowy owls in B.C. 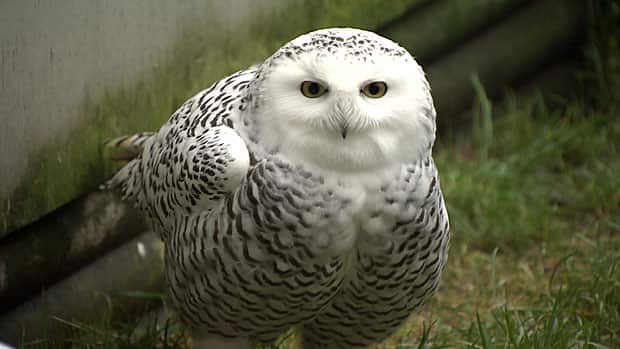 8 years agoVideo
1:55
Bird enthusiasts are thrilled to see the surprise return of the Arctic-native birds 1:55

Snowy owls have left the arctic en masse this year, flocking south to B.C., delighting bird enthusiasts across the province but worrying biologists.

The birds typically nest north of the treeline, in the tundra and high arctic, and are usually a rare sight in B.C.

"They're all over the place," said Wilson, adding that they've had at least 34 sightings reported in Prince George alone.

But Wilson said the owls aren't doing well; at least seven have been found dead, likely of starvation.

"When I feel the breast bone on this bird there's virtually no meat on it. So we're speculating that it starved to death," said Wilson of a juvenile snowy owl found in Fort St. James.

"That's a total of seven that I know of that have died, of the 34 or so sightings. So they appear to be not doing well, which is maybe not surprising. They are young birds. They maybe don't know how to hunt. They've been forced out of the arctic, thousands of kilometres south."

Wilson said they aren't certain why the owls have come south, but it's happens on a four or five year cycle that is likely tied to changes in the arctic rodent population.

He said this year the lemming population may have crashed, leaving no food, or the rodents may have over-produced, creating a population boom of young owls.

"Maybe there was a super-abundance of lemmings, which meant that every nest in the arctic produced all their young instead of some dying as would naturally happen from lack of food, and that huge crop of young birds have been forced out," speculates Wilson.

He said not much can be done to save the migrating snowy owls.

"Some people suggested putting out rodents, and I suppose that could be done if they would take a frozen mouse, it's hard to say," said Wilson.

"It's a natural cycle and won't impact the population if all these young ones die. But it's very sad."

There was a small boom in snowy owls in B.C. last year but nothing like this, said Wilson.