Why is spring break two weeks long instead of one?

In B.C., not all spring breaks are created equal.

56 of B.C.'s 60 school districts have tacked an extra week onto spring break

In B.C., not all spring breaks are created equal.

Most public schools in the province give students two weeks off in mid-March.

There are, however, four districts — Vancouver Island North, Kamloops/Thompson, Campbell River and Bulkley Valley — where class only shuts down for one week, according to B.C.'s Education Ministry.

A weeklong break used to be the norm, but B.C. Teachers' Federation president Glen Hansman says that started to change about a decade ago.

"The previous government loosened up the rules around school calendars," he said.

"That's why we see the diversity around the province in terms of when spring breaks are occurring."

Faced with budget constraints, many school boards played with their calendars as a way to save money.

In Surrey, where there are more than 125 schools, the district realized they could cut costs substantially by extending spring break from one week to two.

"The calculation was that it would save about $100,000 a day from staffing costs as well as energy costs," said district spokesperson Doug Strachan.

"It was put out to the public and to staff for feedback and there was pretty good support for the concept, so it was implemented about 10 years ago."

Several other districts changed their schedules around the same time.

Individual school boards are free to design their calendars as they see fit, as long as they meet provincial requirements.

The province sets a minimum number of instructional time hours that students must receive in a school year:

Many districts that have a two-week hiatus in mid-March reach the minimum hours threshold by reducing lunch breaks or adding minutes to the end of each school day.

"We make up for that because it's mandated," he said.

"There's a few minutes added on every school day but it's acknowledged that's not going to make a huge difference in terms of learning."

Boards must also receive feedback from parents, staff, teachers and students before they make changes to the calendar.

Tough on some parents

Parents and teachers are generally supportive of a longer break, but Hansman acknowledges it can also put some families in a tough spot.

"It does put child-care burdens on parents and not every family has that amount of access to vacation time," he said.

"I know trustees have really struggled with this over the years."

Unions representing support staff at schools have also argued their members lose out on wages during the extra week of holidays.

Kamloops-Thompson Teachers' Association president Amanda Jensen-LaBar says when she polled her members 96 per cent said they wanted a longer break.

Jensen-LaBar says she was disappointed when the school board decided to cut the extra week off.

"Teachers had an opportunity to spend time with their families and recharge," she said.

"Some teachers spend their spring break preparing for the next month ahead." 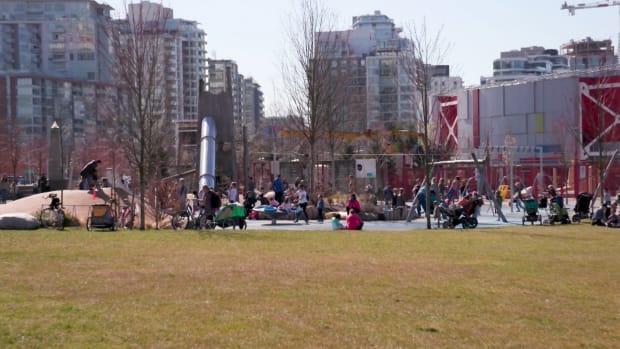