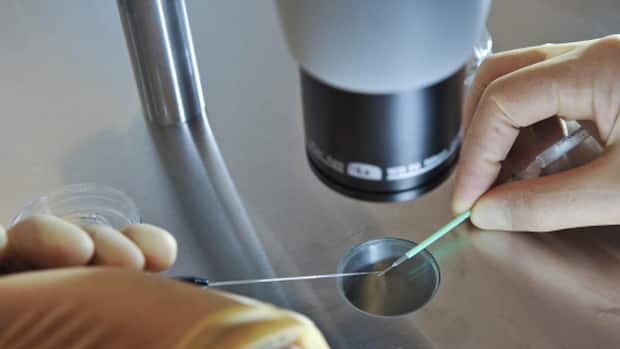 5 years ago
1:20
Lawsuit claims 4 Vancouver children are among 36 conceived with same sperm 1:20

The mothers knew him as sperm Donor #9623 — an impressively healthy "genius" working his way towards a doctorate in neuroscience engineering.

But according to a pair of B.C. Supreme Court lawsuits, filed on June 2, an e-mail from the company that provided the sperm accidentally revealed the biological father's true identity. The suits claim the donor was actually James Christian Aggeles, a convicted felon with a history of schizophrenia and a narcissistic personality disorder.

A single woman and a married couple are suing Atlanta-based sperm bank Xytex Corporation along with the Genesis fertility clinic in Vancouver and Mary Hartley, the Xytex employee who allegedly recruited Aggeles as a donor.

The plaintiffs are not named in the suit. The woman, identified only as C.C., claims she has one child by Aggeles. The couple, A.A. and B.B., claim all three of their children were conceived using the sperm of Donor #9623.

They are suing for mental anguish, distress and damages related to the need to carefully monitor the mental health of their children as they age.

None of the allegations made in the lawsuits have been tested in court. No statement of defence has been filed yet.

"The mental illnesses that Aggeles suffers from are genetic and hereditary," C.C.'s claim reads.

"Nevertheless, the Xytex Corporation has admitted no wrongdoing, it has done nothing to warn affected parents that schizophrenia may develop in their children, and it has provided no help to the parents who are now incurring medical and financial expenses associated with the predisposition to developing mental illnesses in their children."

The lawsuits alleges at least 36 children have been conceived using Donor #9623's sperm.

The claims come on the heels of a lawsuit filed last year in Georgia against Xytex by a Port Hope, Ont., couple.

Angie Collins and her partner claimed they also selected Aggeles's sperm after being led to believe he was a robust, highly educated man. Their case was dismissed because it was considered a "wrongful birth" claim, which is not recognized in Georgia law.

Collins has said they are planning to sue again.

In an open letter published on Xytex's website in relation to the earlier allegation, president Kevin O'Brien said the claim the company misled clients "is simply not true."

"In this case, the donor underwent a standard medical exam and provided extensive personal and health information," O'Brien's statement says.

"He reported a good health history and stated in his application that he had no physical or medical impairments. The information was passed on to the couple, who were clearly informed the representations were reported by the donor and were not verified by Xytex."

The B.C. lawsuits allege Xytex promised a "rigorous qualification procedure" for donors on its website, including a thorough initial evaluation followed by an interview with a trained counsellor to "gain insight about his personality, behaviour and health."

The complainants say they chose Donor #9623 based on boasts that he had an IQ of 160, was on his way to a PhD after completing bachelor's and master's degrees and had "an impressive health history."

According to the lawsuits, Aggeles's identity was revealed in 2014 when he was accidentally linked in to an email exchange with a recipient family.

From there, "basic internet research" uncovered a very different donor from the one Xytex had allegedly been selling.

Aggeles is a convicted felon with arrests for burglary, trespassing, driving while impaired and disorderly conduct. He allegedly had no college education at the time he was donating sperm, and is on disability for mental illness, diagnosed as having schizophrenic symptoms.

On his first visit, he allegedly told Hartley he thought he had an IQ of about 130.

"Hartley suggested to him that he was a genius with an IQ of about 160," the claims read.

"She also told him that more educated donors did well selling their sperm, and that Xytex was used to donors with higher education."

"Xytex promoted Donor #9623 as one of their best donors. Xytex promoted Aggeles as a man of high integrity who was extremely intelligent and well-educated," the lawsuits read.

"A simple Google search would have revealed Aggeles's arrest history, and the publicly accessible documents that showed, as early as 2002, that Mr. Aggeles had been arrested and hospitalized for mental health reasons."

The suits claim fraud and negligence against Xytex and Hartley.

Genesis is being sued for negligence. Genesis could not be reached for comment.