A southern resident killer whale who carried her dead calf for two weeks in 2018 in a heart-wrenching display of mourning has once again given birth.

A southern resident killer whale who carried her dead calf for two weeks in 2018 in a heart-wrenching display of mourning has once again given birth.

The new calf was spotted swimming alongside its mother in the U.S. waters of the Strait of Juan de Fuca on Saturday, according to the Center for Whale Research, which is based in Washington state.

The centre described the calf as "healthy and precocious."

"The calf was seen and seen to be rambunctious enough and keeping up with all three pods that were here in this region," said Deborah Giles, a whale research biologist at the University of Washington's Center for Conservation Biology.

"There was a lot of socialization going on that day ... and the calf was seen socializing with other members and keeping up with everybody and demonstrating a lot of surface active behaviour."

Two years ago, J35 carried her dead calf for 17 days through 1,600 kilometres of the Pacific Ocean, appearing to mourn the loss of her newborn in what scientists called a "tour of grief."

J35 is the matriarch of J pod, one of three endangered groups of killer whales living off the coast of British Columbia and Washington state.

In July, it was discovered she was pregnant again. 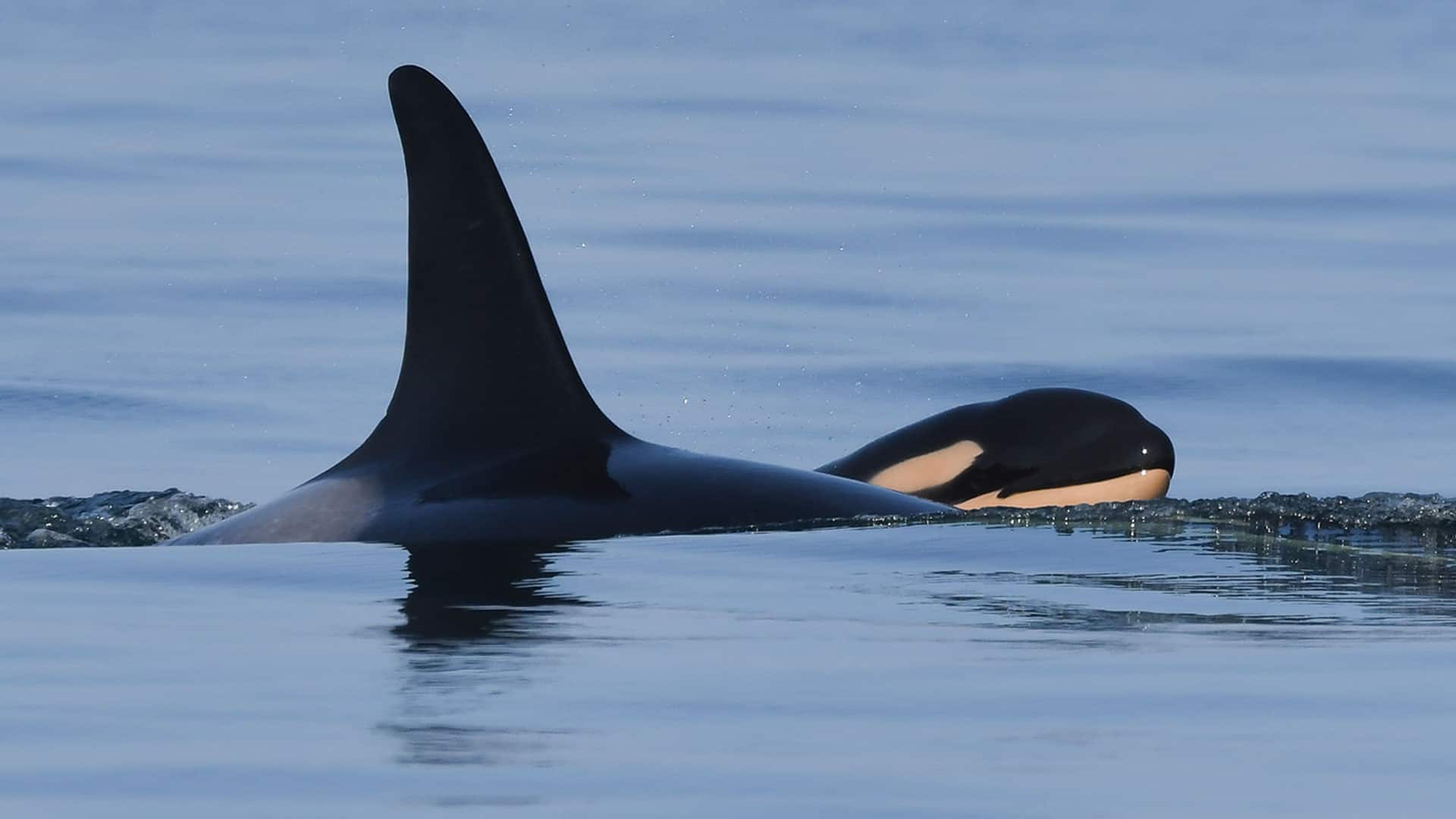 23 days ago
2:04
The southern resident killer whale that carried its dead calf for more than two weeks in 2018 recently gave birth and has been spotted with the baby swimming healthily alongside it. 2:04

Giles says the last healthy calf born to the southern residents was in May 2019.

"That's a huge amount of time to go by. Usually a population of this size and this type of animals should be having six to eight calves be born every year and live," she said.

With this new calf, there are now believed to be 73 southern resident killer whales who live in three different pods.

The endangered whales have struggled in recent years. The southern residents primarily eat chinook salmon, which has become scarce.

Because of nutritional stress, many pregnancies fail and there is a 40 per cent mortality rate for young calves, according to the Center for Whale Research.

For more on the threats to the southern resident killer whales and the efforts to save them, check out CBC British Columbia's original podcast Killers: J pod on the brink, hosted by Gloria Macarenko.