If you're not one of the lucky few who has flown the Canadian Forces Snowbirds, here's some never-before-seen footage that showsthe thrill of doing those acrobatic tricks. 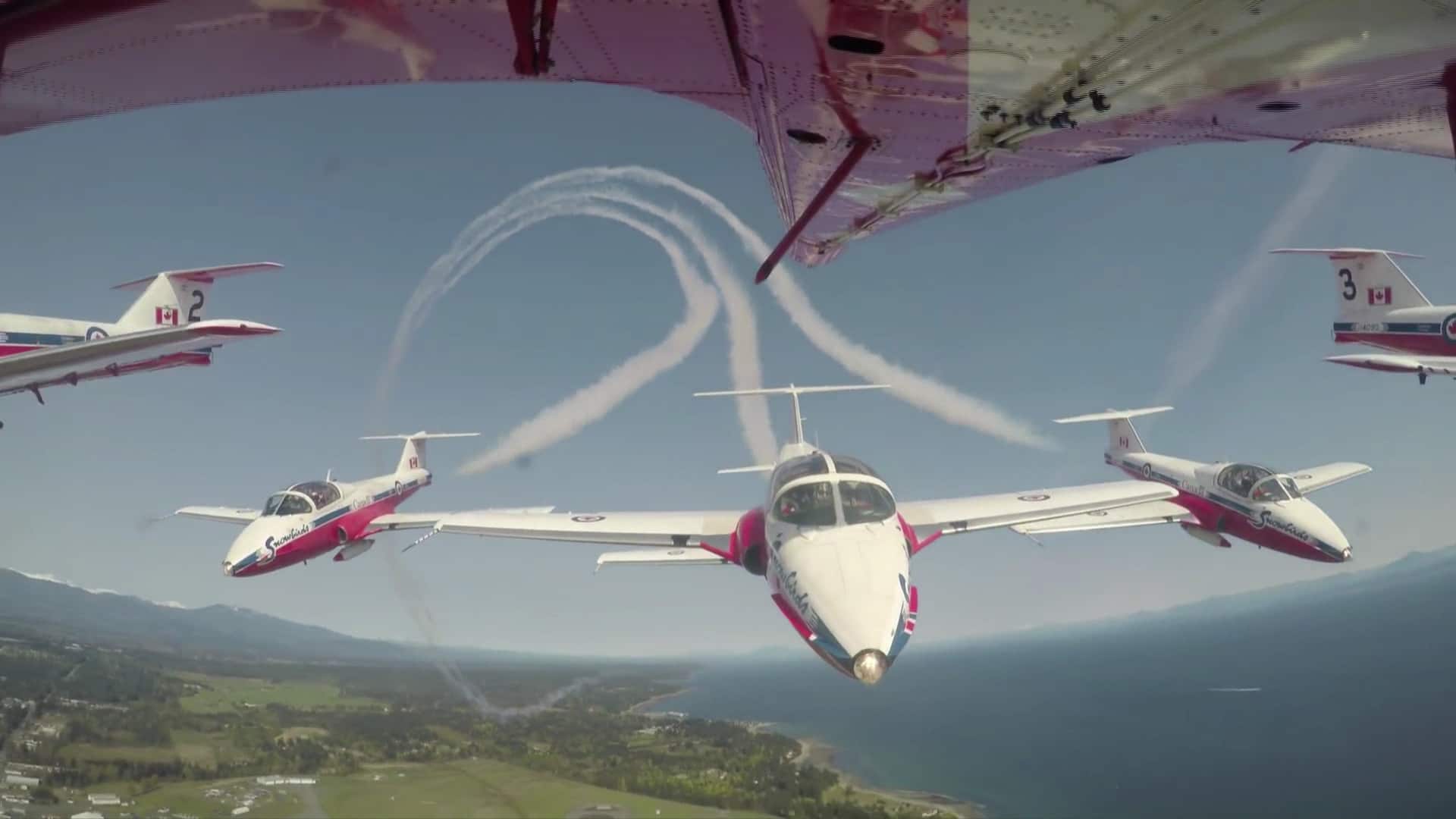 RAW: Fly with the Snowbirds

If you're not one of the lucky few who has flown with the famed Canadian Forces Snowbirds, the military has released some never-before-seen footage that shows the thrill of doing those acrobatic tricks.

This footage was shot earlier this month using a TankCam — three modified GoPro cameras retrofitted to a diesel tank located on belly of a plane. During the filming, the plane was lead in a formation that flew out of CFB Comox in B.C.

Aside from the "cool factor of the video," Snowbirds public affairs officer Patricia Brunelle said the Snowbirds used the TankCam footage to promote an interest in joining the Royal Canadian Air Force.

Brunelle said the Snowbirds are really excited with how the TankCam video turned out and are looking forward to using it again on Canada Day as the Snowbirds fly over Parliament Hill in Ottawa.