A driver walked away with only minor injuries after his pickup truck was hit by an oncoming snow plow on a central B.C. highway.

'The next thought I had was … "Holy crap. I'm alive,"' said Dave Landine after crash sent truck airborne

A driver walked away with only minor injuries after his pickup truck was hit by an oncoming snow plow on a central B.C. highway.

The violent collision, which happened on Highway 16 roughly 50 kilometres west of McBride, B.C., was captured by a dashboard camera.

Dave Landine, a resident of Prince George, was driving to McBride on Friday morning to deliver packages as part of his job.

He says he saw the plow driving along the road, and gave it some extra space as it was about to pass. However, in an instant, it was heading straight toward his vehicle.

"I remember thinking that, as he hit me and I was being launched, it was the end," Landine said.

"But the next thought I had was hanging upside down going, 'Holy crap. I'm alive.'"

WATCH | Dashcam footage of the collision: 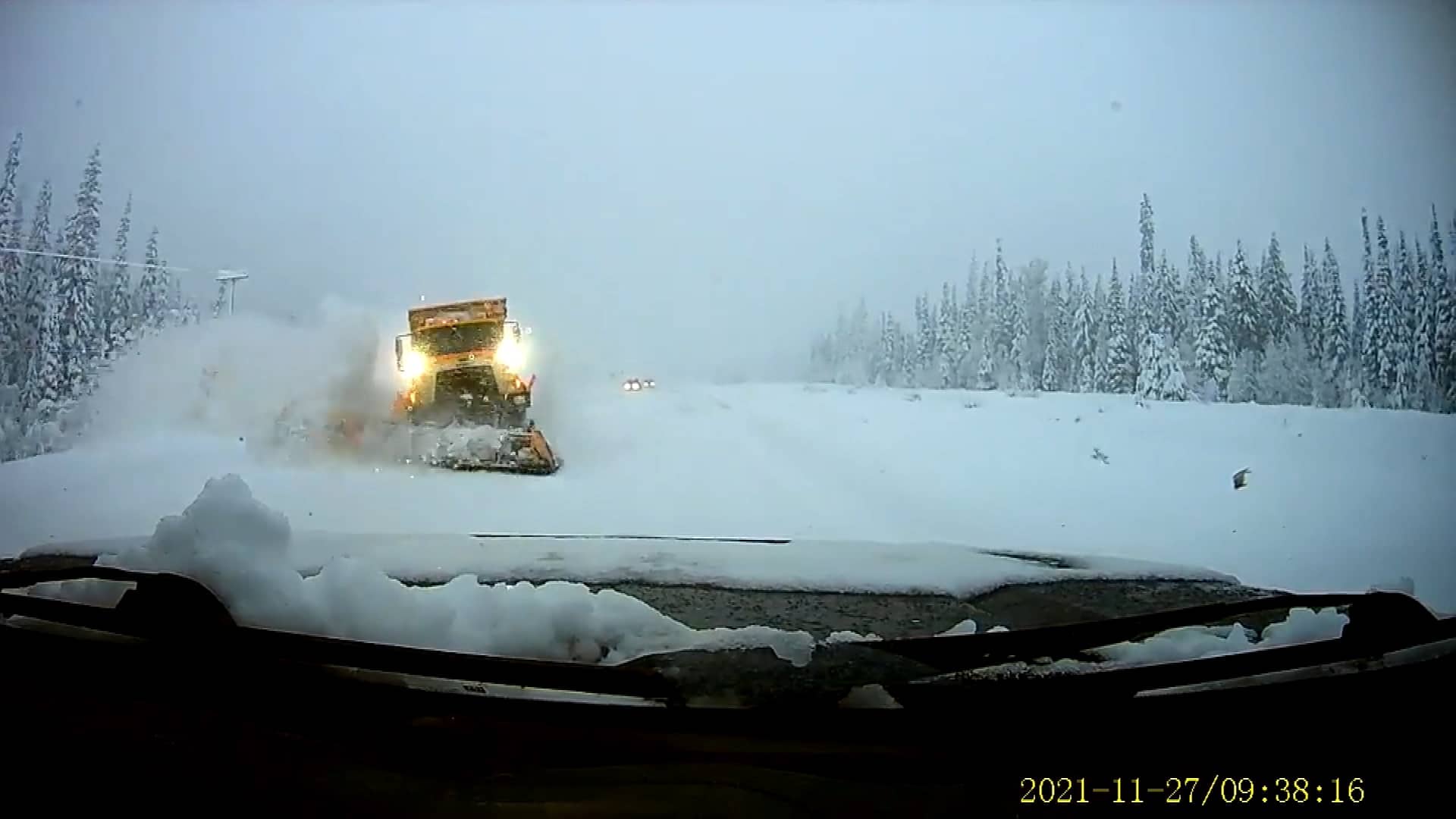 2 months agoVideo
0:25
Dave Landine says he's lucky to have only suffered some broken teeth and sore muscles after a snow plow crashed into his truck near McBride, B.C. 0:25

'Watched the video a thousand times'

The impact sent Landine's truck into the air, eventually coming to a stop upside down in the ditch.

Landine says a witness told him his truck did several spins in the air. The witness ran over and helped cut him out of the mangled vehicle.

Landine was able to walk away from the wreck with just a few broken teeth and some sore muscles.

He says he's still trying to figure out how he was so lucky. "I've probably watched the video a thousand times," he said.

The driver of the snow plow was not hurt.

Cpl. Madonna Saunderson with the RCMP's North District said officers from the McBride detachment responded to the collision near Loos Road.

"It appears, from the evidence at the scene, that the blade on the snow plow had caught some ice that was on the road and caused the snow plow to cross the centre line," she said.

The footage has been shared thousands of times on social media. In many of the comments, people express shock that the driver was able to walk away from the scene.

This is the second collision for Landine on a B.C. highway this year. In February, he was hit by a semi-trailer truck.

"Came around a corner, and there was a semi sideways across the whole road coming at me," he said.

In that crash, Landine was able to avoid hitting the semi head-on. His truck's cargo bed took most of the impact.

He says it might be a while before he feels comfortable driving on a highway again.

"I don't like the look of a truck coming at me right now."