Heat advisories have ended in British Columbia following several days of record breaking temperatures in some areas, but most of the province is now covered by advisories about wildfire smoke.

Smoke could be an issue for southern parts of province over next 3 three days, Environment Canada says

Heat advisories have ended in British Columbia following several days of record breaking temperatures in some areas, but most of the province is now covered by Environment Canada advisories about wildfire smoke.

A smoky skies bulletin says all but the most northerly regions of the province are likely to be affected by wildfire smoke wafting up from the United States over the next three days. Areas like Prince George may get smoke passing through, but at higher altitudes.

The advisory said forecast models over the next 24 to 72 hours show the potential for long-range transport of smoke from dozens of wildfires in the northwestern United States.

Air quality in Victoria was rated 10+ from early Friday, indicating a "very high" health risk, while in the West Shore area to the city's west, the index was at a "high" rating of 8.

By later Friday morning, the air quality across Metro Vancouver had hit at least a 10 rating, with a 10+ in northwest and southwest quadrants.

Environment Canada predicts the index will sit at 10 through Saturday for the entire Metro Vancouver area.

In the central Fraser Valley, the index hit 8 on Friday and is forecast to rise to 9 on Saturday.

Individuals who are socially marginalized may also be at elevated risk.

The advisory asks anyone If you are experiencing symptoms such as chest discomfort, shortness of breath, coughing or wheezing to seek prompt medical attention and call 911 in the case of an emergency.

Weather data shows a high pressure ridge is lifting after bringing heat advisories for large sections of the province, but 12 records were set Thursday — including three that have stood since 1944.

Vancouver, Victoria and Pitt Meadows all saw their hottest day in 76 years, while records also fell on Vancouver Island, Sechelt, Squamish, Pemberton, West Vancouver, the Cariboo region of Puntzi Mountain and as far north as Mackenzie.

Recent wildfires have scorched nearly 2,426 square kilometres in Washington state. More than 3,625 square kilometres have burned this week in Oregon, where hot, windy conditions continued. Authorities said more than 500,000 people — more than 10 per cent of the state's population — have been forced to evacuate their homes.

In California, 19 people have been killed and at least 4,000 structures have burned in what officials have called a "historic" wildfire season. 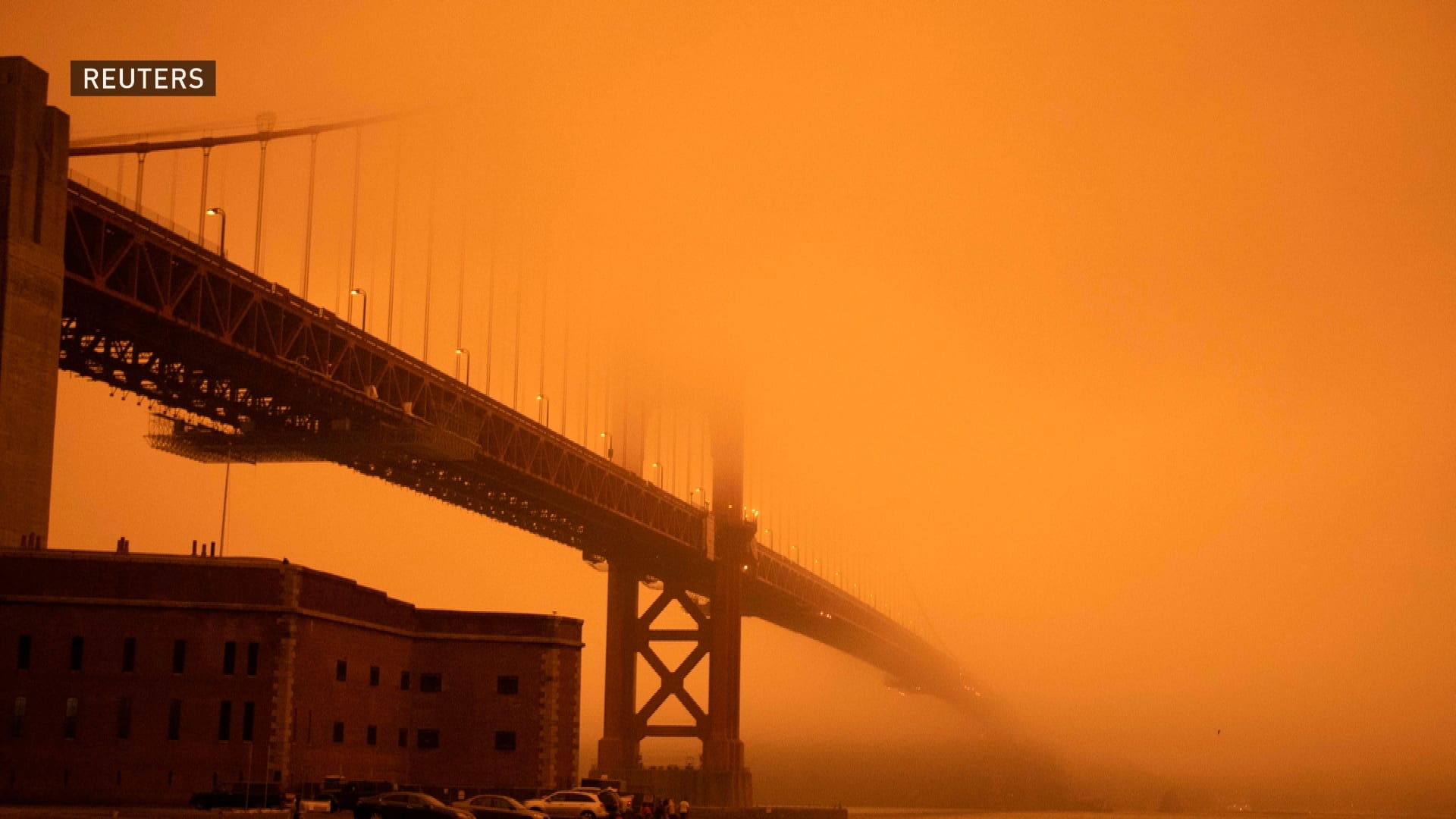 1 month ago
0:45
Area residents capture video along the San Francisco-Oakland Bay Bridge as the city's skies are blanketed with smog and debris from wildfires throughout the state. 0:45

Listen to World on Fire, a five-part CBC podcast that takes you to the front lines of out-of-control wildfires in Canada, Australia and California