Slippery slope or scare story? 2 sides of the debate on proportional representation ballot in B.C.

The ballots for B.C’.s referendum on proportional representation are out and with it comes some surprising political opinions from both sides of the political spectrum on its potential impact.

British Columbians have to vote on PR by Nov. 30

The ballots for B.C'.s referendum on proportional representation are out and with it comes some sharp political opinions from both sides of the political spectrum on its potential impact.

Ujjal Dosanjh, a former NDP premier and former federal Liberal health minister, is concerned that PR is a system is a "slippery slope"  that makes way for extremist or fringe parties.

"I think far right parties have much more difficulty taking hold in a first-past-the-post system, but we've had our share of exclusionary legislation aimed at minorities," Dosanjh said.

"I'm not at all hesitant to say that those kind of forces exist in this country and in British Columbia."

Proportional representation is a system where the percentage of votes roughly equals the number of seats a party gets in the legislature.

"It would be pretty easy for all the misogynists, all the anti-women, anti-immigrant, anti-minority forces to gather five per cent of the vote," Dosanjh told Stephen Quinn, the host of CBC's The Early Edition.

"Then they get a foothold, a beachhead in the legislature of British Columbia — it gives them the opportunity to expand." 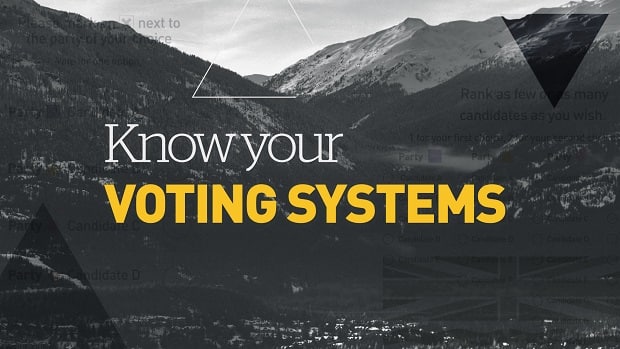 3 years ago
2:51
This fall, B.C. will choose whether to keep its current first-past-the-post electoral system or change to a proportional representation model. Here's what you need to know. 2:51

Proponents of PR argue that it's a fairer way of electing candidates, but Dosanjh said there are certain extremist views from groups or people that are anti-women, homophobes and racists that shouldn't be represented.

"I'm not that kind of a democrat," Dosanjh said.

"They can demonstrate. They can speak up. I don't necessarily want to give them a chance to be in the legislature."

Andrew Coyne, a member of CBC's At Issue panel and a columnist with the National Post, described some of the arguments against PR as a "scare story."

He said he disagrees that PR would give a stronger voice to extremist parties.

"The thing about extremists and fringe parties is that they're fringe — they don't have a lot of support."

"If you look at recent Canadian elections, the vote for all the fringe parties combined,15 or 20 parties, is less than one per cent."

He was in Vancouver earlier this week giving a talk called "Why Pro Rep Won't Turn B.C. into a Dystopian Hellhole."

"The notion that just because we change the electoral system, suddenly everyone is going to start voting Nazi, I just think is bizarre," he said.

"That's not what Canadians are."

British Columbians have until the end of November to decide whether they want to keep the first-past-the-post voting system or switch to proportional representation.

With files from The Early Edition.