Site C is transporting a massive turbine part across northern B.C., as politicians prepare to review an independent report about the mega-project's future.

A massive piece of dam equipment that's heavier than a space shuttle is being transported from Brazil through northern B.C., bound for the controversial Site C dam mega-project near Fort St. John.

At 170 tonnes, the turbine part or runner is so big it took consultants two years of planning to prepare for its transportation.

The turbine runner is part of six Francis-style turbines ordered by BC Hydro. The $470 million contract includes the design, supply and installation of the turbines, six generators and associated equipment.

After a 1,000-kilometre journey across northern B.C. with a convoy of support vehicles this week, the equipment is scheduled to arrive at an area close to Site C soon.

The equipment is being moved just days after the B.C. government received an independent report that may decide the fate of the $10-billion dam.

The delivery date is not yet confirmed, but the next two turbine runners are expected to arrive in B.C. from São Paulo, Brazil in the spring of 2021 and the final two in the summer of 2022.

WATCH | The transport carries the huge turbine along Hwy 16: 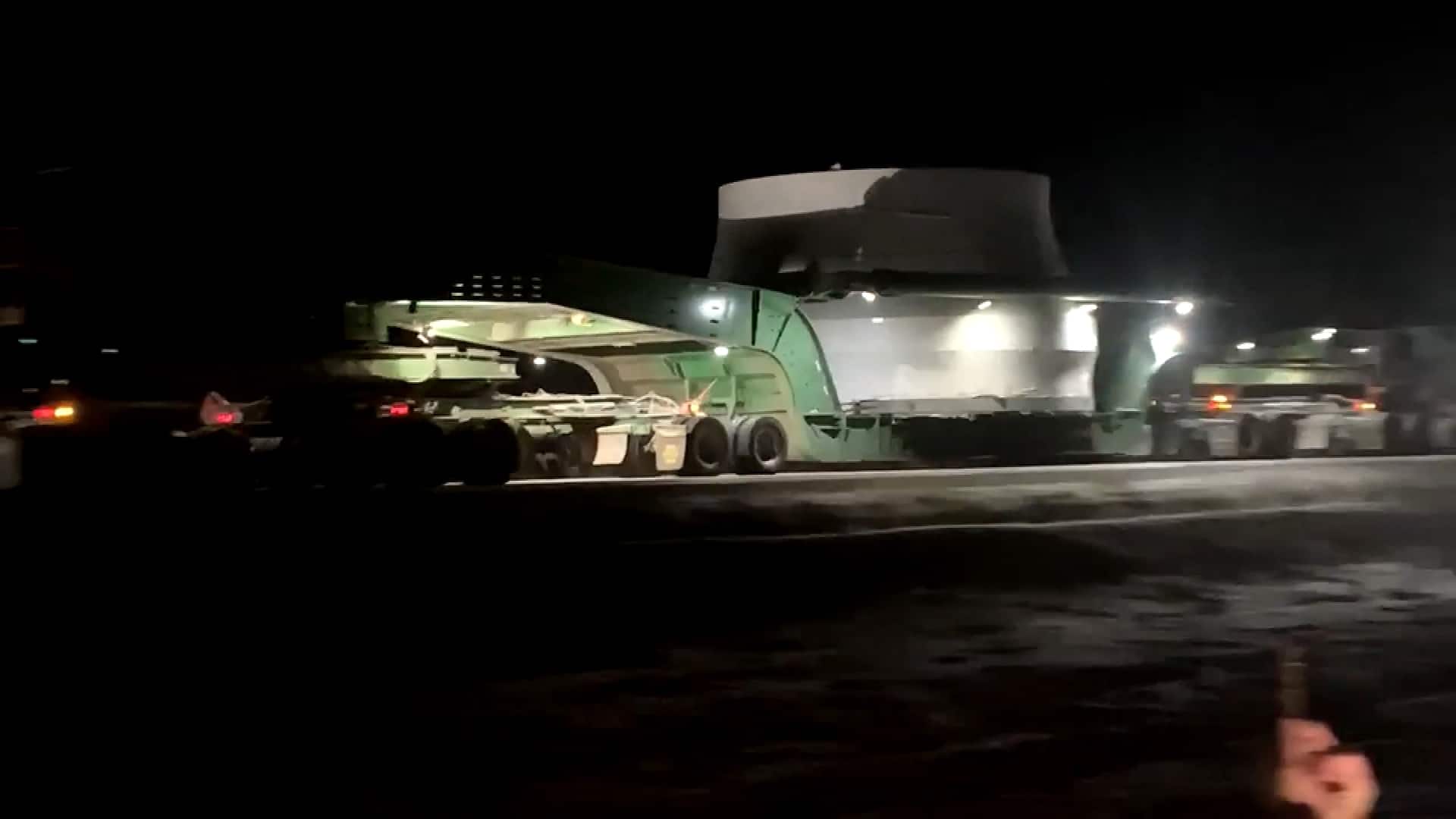 3 days agoVideo
0:27
A truck and support vehicles carry a massive turbine part near Cluculz Lake in northern B.C. on Wednesday evening, part way along its 1,000-kilometre journey from Prince Rupert to the Site C dam worksite. 0:27

Late last week, Energy Minister Bruce Ralston said he would share the report's findings with his NDP cabinet and the premier. It has not yet been reviewed by cabinet.

In December, Premier John Horgan said he would wait to receive the Milburn report before deciding on whether to continue with Site C.

"I think we need to look at the whole project and what the consequences would be stopping or going ahead," Horgan said late last year.

On Thursday morning, reporters asked Horgan if the delivery of this large piece of equipment meant Site C would indeed proceed.

Horgan said he was awaiting both the Milburn report and expert geotechnical advice before making any decisions.

"To stop preparing to complete [Site C] is not the direction that has been given. It is important that work continues until a decision is made," said Horgan.

Horgan said a previous B.C. government shut down the Kemano Completion hydro power project in 1995 "even when turbines were on their way. And that project was stopped. So it's not unprecedented."

Construction on the Site C dam has been underway since 2015. The turbine equipment is considered the dam's heaviest unassembled part.

Two turbine runners were shipped from a manufacturer in Sao Paulo last year. They spent two months at sea before arriving at the Port of Prince Rupert.

This week, one of the turbine parts is being transported along the highway from Prince Rupert to Chetwynd at a speed of about 40 km/h. That's meant rolling road closures across the route.

"The unit does take up the lion's share of the road space during travel," said Cara Craig, director of sales for the heavy rigging and specialized transportation company Omega Morgan.

Craig said precise calculations were needed to manoeuvre the load across bridges, around corners and along rock-faced roadways.

Craig's company was recently featured on the Highway Thru Hell TV series, while moving the heaviest piece transported to date through B.C.'s Coquilhalla corridor.

BC Hydro says the giant turbine runners that are en route work like a rotating windmill or fan.

As river water is channelled through the dam, the equipment will use its gravitational energy to spin a generator and produce electricity.

According to BC Hydro, a second turbine runner will travel the same route in February.

Betsy Trumpener has won numerous national and provincial journalism awards, including a national network award for radio documentary and the national network Adrienne Clarkson Diversity Award. Based out of Prince George, B.C., Betsy has reported on everything from hip hop in Tanzania to B.C.'s energy industry. She also covered the 2010 Paralympics for national radio news.