Coniferous forests across Vancouver's North Shore have been transformed into a bug buffet in recent weeks, as groups of hungry young moths seek sustenance, threatening hundreds of trees in the process.

Coniferous forests across Vancouver's North Shore have been transformed into a bug buffet in recent weeks, as groups of hungry moth larvae seek sustenance, threatening hundreds of trees in the process.

Foresters say the population of Western hemlock looper moths, which are native to B.C., have surged in areas around the Capilano Watershed, including Upper Lynn Valley and parts of Mount Seymour.

"This is quite a substantial outbreak compared to others in the past," said Jesse Montgomery, division manager, environmental management for Metro Vancouver.

"Tree mortality is quite notable."

Population spikes every decade or two

Moths have also been spotted resting on homes and foliage in neighbourhoods around the North Shore.

The insect's larvae feast on the needles of coniferous trees, including the Western hemlock, Douglas fir and red cedar.

Watch | Slow-motion video of looper moths escaping a bush after being disturbed: 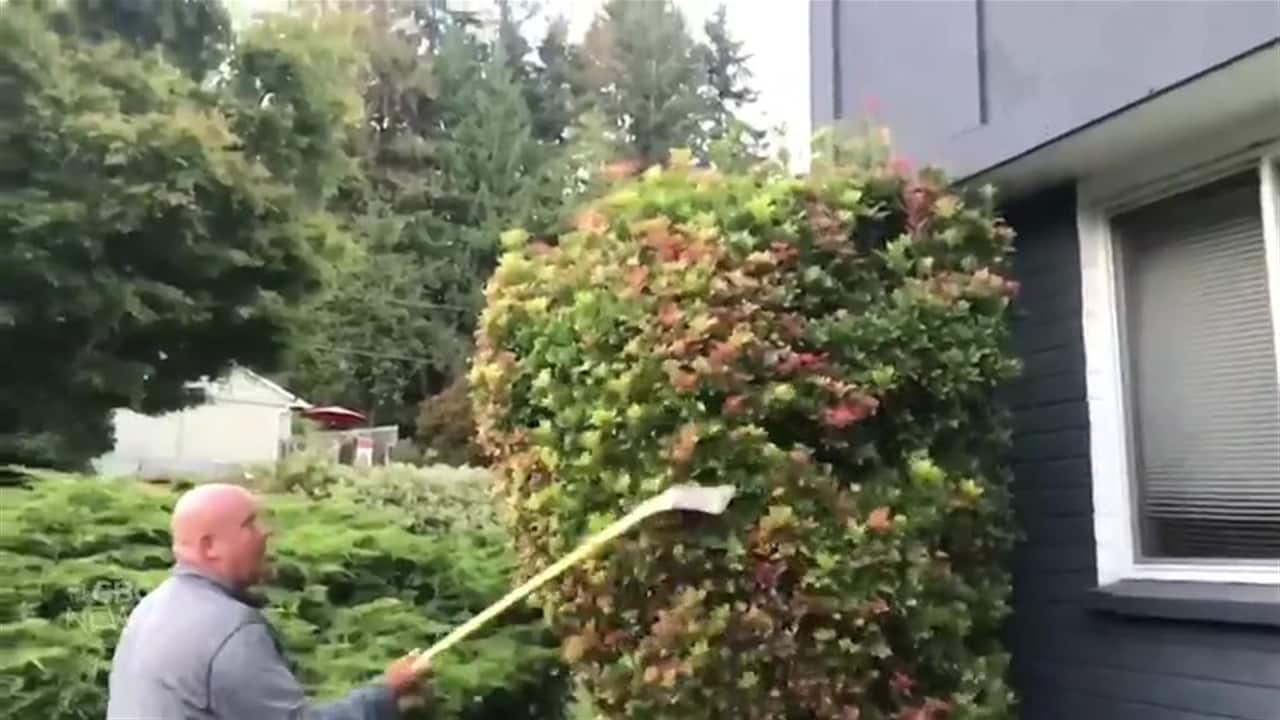 Some 2,000 hectares of B.C. forest are already thought to be affected, including parts of the Sunshine Coast and Thompson-Okanagan regions, with trees turning from green to red and others stripped entirely.

But while dead trees lead to increased risk of erosion, forest fire or even threats to local water quality, foresters say looper moth outbreaks are a natural and predictable occurrence — with the insect's population spiking every 11 to 15 years on the coast and every 20 in the Interior.

"Right now, we're in year two of what I think will be a three- or four-year outbreak. But it's hard to predict if we will have sustained levels next year

Bains and Montgomery say the plan is to "wait and see," with teams monitoring the situation using aerial surveys and satellite imaging.

Pesticides such as BTK can be used to prevent looper moths, though the practice is typically reserved for protecting market timber in the Interior

"This is a natural process," said Montgomery "It's by no means unhealthy for the forest as a living being, and we expect the biodiversity to actually result in greater resilience of that forest to future disturbances."

But while past data suggests B.C. forests will weather the outbreak, recovery could be complicated by rising global temperatures.

"If the moths are doing better as a consequence of a warming environment and killing more trees ... the forest is not prepared to replace itself as quickly, if more trees than normal are killed."