The B.C. NDP is demanding to know how a former male prostitute became an overnight careworker in a Richmond foster home and then ended up sexually abusing a disabled teen, without the government stepping in. 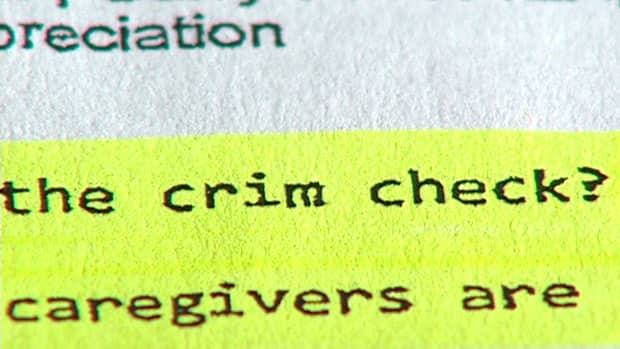 10 years ago
2:04
A former male prostitute sexually assaulted a teenager in his care at a foster home in Richmond, B.C., the CBC's Kirk Williams reports 2:04

The B.C. NDP is demanding to know how a former male prostitute became an overnight careworker in a Richmond foster home and then ended up sexually abusing a disabled teen, without the government stepping in.

In October Kevin Fanning, 51, pleaded guilty to the 2009 sexual assault of the disabled teen in his care and eventually served a 60-day sentence for the crime.

The court heard how Fanning smoked marijuana and watched pornographic films, sometimes naked, while alone with the 17-year-old ward of the court. At one point they engaged in a sex act.

But NDP children and families critic Maureen Karagianis says documents reveal officials with the ministry knew there were problems with the home.

"Ministry staff knew there were some concerns and still no criminal check was done," she said.

The foster parent who hired Fanning didn't even live at the foster home, but ran it as a business, showing up at 8 a.m. morning and departing at 5 p.m., leaving the disabled teen in Fanning's care overnight.

Concerns about other victims

Karagianis calls it a true-life horror story that went on for at least a year, and she's concerned more children could have been abused by Fanning.

"We can see from the FOI that it looks as if there were a number of other homes where he was providing some kind of care," said Karagianis.

"So the ministry I think at this point should be providing a full and thorough investigation as to what happened in this situation and the public needs an explanation as to how a foster home could be operated in this manner," said

Children and Families Minister Mary Polak says the home has since been closed and there will be a full investigation.

"We certainly share the same concerns the critic raises around what happened," she said.

Polak says criminal record checks are no longer left to the foster parent. It is now the ministry's responsibility.

Polak also noted that in this case, the convicted man had no prior criminal record, so a check of his background would not have turned up any hint about his previous acitivities.

B.C.'s independent Representative for Children and Youth Mary Ellen Turpel-Lafond says it's totally unacceptable she has still not been informed about the case and she is very concerned with the pattern she sees.

"I was disturbed about that," said Turpel-Lafond, who says she flagged the case in December  as one she wanted to be informed about, but has yet to hear back from the ministry about her concerns.

"The matter still has not been reported to me by the ministry and I have already deemed that it's within my mandate," she said.

"I have asked for the records and I am pursuing whether I will do a full blown investigation of that case," she said.