The cable of the Sea-to-Sky Gondola near Squamish, B.C., has been deliberately cut for the second year in a row, less than six months after the attraction fully reopened.

The cable of the Sea-to-Sky Gondola near Squamish, B.C., has been deliberately cut in the middle of the night for the second year in a row, leaving the tourist attraction in shambles and its staff completely bewildered.

The thick, downhill cable of the gondola was severed overnight, sending dozens of cars crashing into the mountain around 4 a.m. PT.

General manager Kirby Brown said his phone started ringing off the hook with the news before dawn.

"This event mirrors last year's event in a very eerie fashion ... We're all stunned and shocked," he said.

"To me, this is somebody sabotaging our business."

Depending on where the line snapped, the metal cabins could have fallen up to 300 metres before slamming into the mountainside. 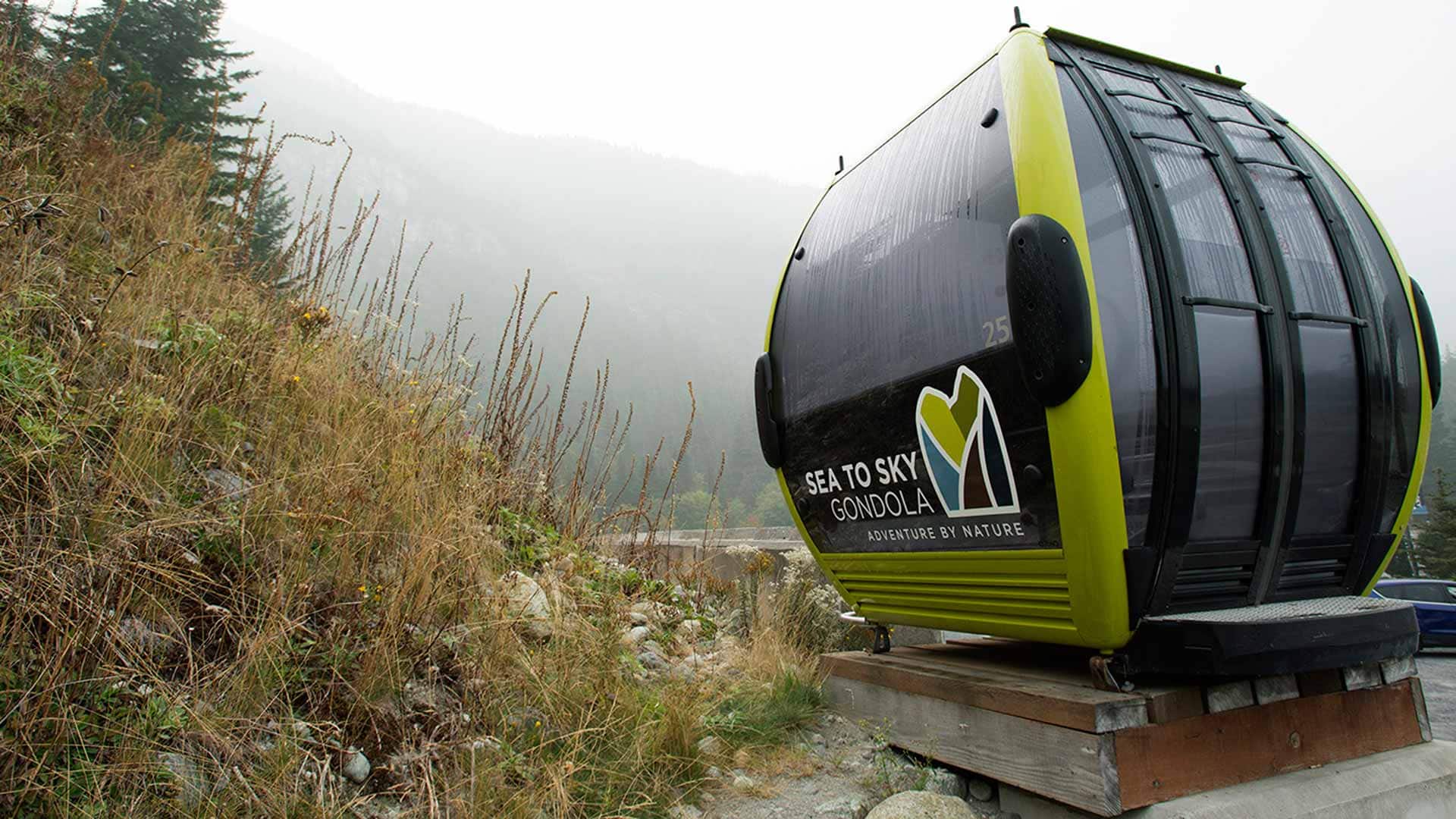 1 month ago
2:01
The cable on British Columbia's Sea-to-Sky gondola was deliberately cut in the middle of the night for the second year in a row, resulting in another round of multi-million dollar repairs. 2:01

Brown said crews haven't been able to fully assess the damage because smoke from U.S. wildfires means helicopters cannot fly. Only six of the 39 cars were safely in the stations at either end of the gondola overnight, so Brown expects the rest will be lost.

The same thing happened on Aug. 10, 2019 — so recently, Brown said, the insurance claim hasn't been fully processed yet. Almost 30 gondola cars were ruined then, causing between $5 million and $10 million in damage.

The company beefed up its surveillance systems after the 2019 incident, Brown said, adding more cameras along the line and an automatic motion-detection security system that is monitored 24/7 by a third party.

He said the person who cut the cable Sunday triggered the automatic alarm system at around 4 a.m. PT. The RCMP were instantly called.

"I've seen with my own eyes this morning exactly what happened," said Brown, who has access to the security footage.

"This individual has no regard for their own life and limb. They wanted to do what they did, they did it swiftly, they did it with skill."

The line is made with six steel cables that are intertwined, pulled tight enough to support the weight of the two kilometre-long gondola. Officials have said the snapping cable could "easily" kill somebody if it hit a person.

No one was hurt as a result of the vandalism, both this year and last year. Police have not announced any arrests in either case.

RCMP Sgt. Sascha Banks said investigators have not confirmed if the vandalism incidents are linked or whether the same person might be responsible for both crimes.

She said the wildfire smoke could affect visibility of the security footage.

"I think, obviously, the smoke will hamper some of the things [visible]," she said. "But we're going to be going through with a fine-toothed comb."

Banks also said police will be revisiting a case of trespassing from several weeks ago, when two people climbed one of the maintenance towers along the gondola and tripped the alarm.

"At that point in time, we didn't deem them to be somebody who was up there at risk of cutting the gondola," she said, noting the people didn't have any tools that could be used to cut through the cable. "But that's definitely an avenue that we'll be looking at."

Both Brown and Banks declined to say if the line was cut Sunday in the same place as before, citing the ongoing RCMP investigation.

Officers set up road blocks on the Sea-to-Sky Highway before dawn, stopping travellers driving north and south as they looked for suspects. RCMP have asked the public to stay out of the area, which includes climbing routes, hiking trails and parking lots.

The gondola, located off Highway 99 near the Stawamus Chief mountain, is a major tourist attraction. It usually carries 400,000 visitors annually up a steep mountainside above Howe Sound.

The company repaired the attraction with a fresh line and new cars after the incident in 2019. It partially reopened in February and fully reopened in May.

Brown said that after last year, the company couldn't increase its security to the point of "militarization" with barbed wire fencing, for example, because the area is shared with BC Parks and is popular with hikers and climbers.

The gondola was already working with a reduced number of staff this summer because of the pandemic. Brown said the company hopes to avoid anything beyond regular seasonal layoffs in the fall.

The company wasted no time on next steps: Brown said an order for a new cable went in at 8 a.m.

"One person did this to us. To our team, to our company, to our owners, to our town, and we're just not going to let one person take us down," he said. "We will rebuild, we will be back."

Mounties have asked anyone who saw anything unusual in the area of the gondola on Sunday night to contact Squamish RCMP. 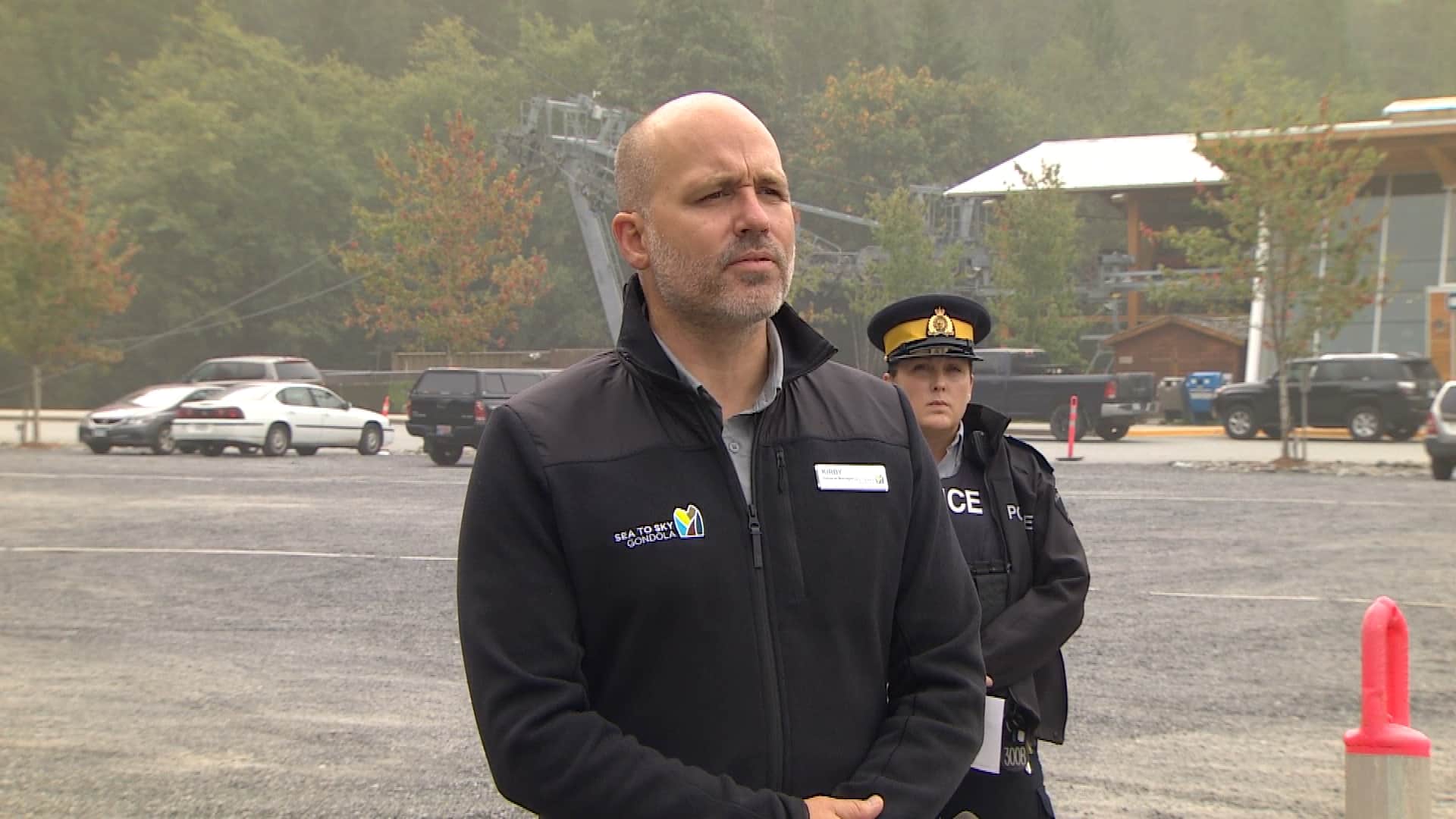 1 month ago
1:11
The company's general manager says this vandalism mirrors the 2019 incident in a "very eerie fashion." 1:11