'Whatever means necessary': How these insiders tricked Loblaws shoppers into signing up for credit cards

Three salesmen who were tasked with pitching plastic at Loblaws-owned grocery stores say they were pressured to sign up as many as 50 people a day by targeting young and low-income shoppers.

They're young, they're cocky and in a rare interview, they're dishing about the tricks they used to sign up thousands of customers for President's Choice Financial MasterCards.

"When we were all in the field, it was mostly do whatever means necessary to get them to sign up for a credit card," said one man who recently left the job after two years.

He and two other men interviewed by CBC News have all worked for SDI Marketing — a national firm hired by PC Financial to get customers shopping in Loblaws-owned stores to apply for the bank's MasterCard products.

PC Financial is a banking company owned by Loblaw Cos. Ltd.

The three men are speaking out after Loblaws claimed a Go Public investigation featuring a Toronto customer who was unknowingly signed up for a credit card was a "rare" occurrence. CBC has agreed not to identify the workers.

The men admit that over the past two years, they've often misled customers — telling people they were only signing up for free PC Points, a free bag of cookies on "customer appreciation day," or an "information package" about store products.

In reality, they were scanning customers' personal IDs — to "verify they lived in the neighbourhood" — and submitting applications for credit cards with a 19.97 per cent interest rate.

All three men said the deception was condoned by SDI management.

"They knew exactly what all the salesmen were saying in the field to get those high numbers of applications and they just turned a blind eye," one worker said, as his colleagues nodded in agreement.

The workers said they got "zero training" from head office and were all hired through friends after "a two-minute phone call" with an SDI manager. They said they were often pressured to sign up 50 customers in a six-hour shift.

"If those goals were not met, they'd question us," one worker said. "And pressure us to get those sales by whatever means necessary."

Management didn't emphasize, they said, that under federal law, customers must willingly consent to applying for a credit card.

Go Public also heard from former SDI employees who said they were trained to mislead customers.

Phil Chiu only lasted one week at a No Frills store in Newcastle, Ont. After he signed up 11 people on his first day, his manager told him: "The quota here is 20."

Canadians coast-to-coast also wrote to Go Public to say they, too, were unknowingly signed up for credit cards while shopping in Loblaws-owned stores.

Some have filed complaints with the Competition Bureau, which has told them an investigator has been assigned.

The three anonymous insiders said their managers encouraged them to approach people who appeared to be low income.

When one of the men was posted in a poor Toronto neighbourhood, he recalled his manager saying, "That's a low-income No Frills. You're going to kill it."

I literally pictured a dollar sign over their heads.- SDI Marketing employee

"So they are more susceptible to a slick-talking salesperson than say, somebody who shops in [the wealthy Toronto neighbourhood of] Forest Hill and has two degrees."

Many SDI workers earn $13 an hour, plus commission. But these insiders worked on commission only — up to $10 per credit card application, claiming they often earned over $100 an hour.

Young people were easy targets, too, the men said, because they typically have less financial literacy.

"When young people walked into the store, I literally pictured a dollar sign over their heads," one worker said.

Simon Fraser University student Brooke Ancell said she was approached by an SDI worker at her local Superstore in Coquitlam, B.C., last November and asked if she'd like a PC Points card.

The male employee scanned the 19-year-old's driver's licence and asked how much she earned annually. When she told him her salary was about $8,000 a year, she said he instead wrote down $15,000.

He then directed her to a nearby booth where she thought she would pick up her points card. It turned out to instead be a PC Financial MasterCard.

"And I'm like, 'What is this?'" says Ancell. "We went from PC Points to now a credit card. It was a bit shocking to me; I didn't have words."

Banks like PC Financial and others are making big profits on their credit cards.

According to a report by Canaccord Genuity, Canadians owe $60 billion on their plastic — an amount that represents three per cent of all bank loans, but generates 10 per cent of loan profits.

Credit card use is also increasing; in 2015, purchases on cards went up by 15 per cent over the year prior.

SDI Marketing now says it has retrained "100 per cent of all reps" working in Loblaws-owned stores, requiring them to "complete and pass a series of exams."

Workers also have to sign a "code of ethics agreement" and SDI says a number of employees have been fired.

Loblaws declined an interview request, as did PC Financial. But in a statement, the bank said it is exploring "the use of new technologies to monitor the in-store activities of our third-party representatives."

In addition to the misleading tactics the workers said were encouraged by SDI managers, one of the men said being on commission led him to commit fraud by faking customers' signatures on credit card applications.

That's what Muriel Vatcher says happened to her.

After receiving a PC Financial MasterCard in the mail about a week after unknowingly being signed up while shopping at a Real Canadian Superstore in St. Thomas, Ont., Vatcher demanded to see a copy of the submitted application.

Her signature, she said, was clearly forged.

"I was absolutely horrified," says Vatcher. "I was speechless. I couldn't believe somebody could do that."

Her husband, Dave, understands why workers on commission might be tempted to fudge things.

"I can't blame them for twisting the rules to make some money," Dave Vatcher says. "But the bank and the stores — they're using that against the customers."

The Public Interest Advocacy Centre says bank regulators need to do a better job of ensuring Canada's Bank Act is being followed and that people are fully aware when they're signing up for credit cards.

"If the banks won't stop targeting people in places like grocery stores, when they have their guard down, then the regulators should look at putting regulations in that just don't let them do it anymore," executive director John Lawford said.

"Will the FCAC [Financial Consumer Agency of Canada] do a mystery shop [in Loblaws stores]?" he added. "Getting out and … seeing where credit cards are really signed up for is step one."

That is echoed by the SDI workers who say they want shoppers to really know what's going on.

"This is not a person giving you free points or free cookies," one worker said. "You're applying for a financial product." 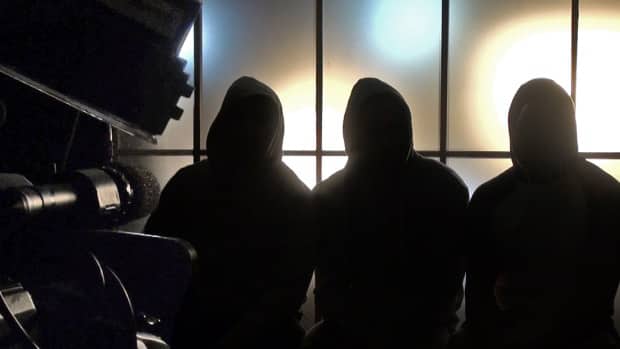 With files from James Roberts