Chum salmon are spawning again at an urban creek in the heart of East Vancouver. 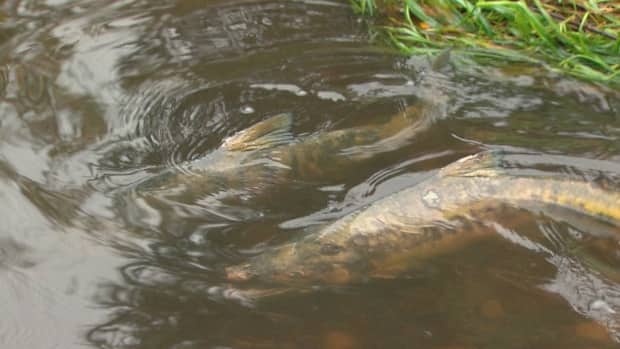 Chum salmon are spawning again at an urban creek in the heart of East Vancouver.

The salmon returned this week to Still Creek, which sits in a ravine surrounded by warehouses and a nearby Skytrain line. The creek — running into Burnaby and through pipes to the Brunette and Fraser rivers — was once one of the most polluted streams in the province, thanks to urban garbage, sewage and toxic chemicals.

According to area resident Carmen Rosen, last year was the first time in 80 years salmon had spawned at Still Creek. She's thrilled they're back now, proving that last fall’s occurrence wasn't a fluke.

“It was something I didn't really think I'd see in my own lifetime,” says Rosen. “I thought we had done such terrible things to the creek that the fish just couldn't survive, but here they were coming back and spawning in our creek.”

Rosen says she has heard stories from seniors in the neighbourhood of people catching fish there for dinner back in the 1930s, but now that possibility seems real once again.

"It's really exciting to just go for a walk down the hill and you're on the way to SkyTrain or you're on your way home from WalMart and there are the fish."

The City of Vancouver, Metro Vancouver and others have been working for years to restore Still Creek — "daylighting" sections and installing a fish ladder. Rosen, an artist, has herself pitched in by getting involved in community projects to improve habitat in the ravine.

"It's really nice that the salmon are giving us a vote of confidence that we're going in the right direction. But we still have so much work to do."

With files from CBC's Lisa Johnson and Farrah Merali