Abbotsford, B.C., is slowly draining its water supply, so city council is asking voters to approve a multi-million-dollar rescue plan. 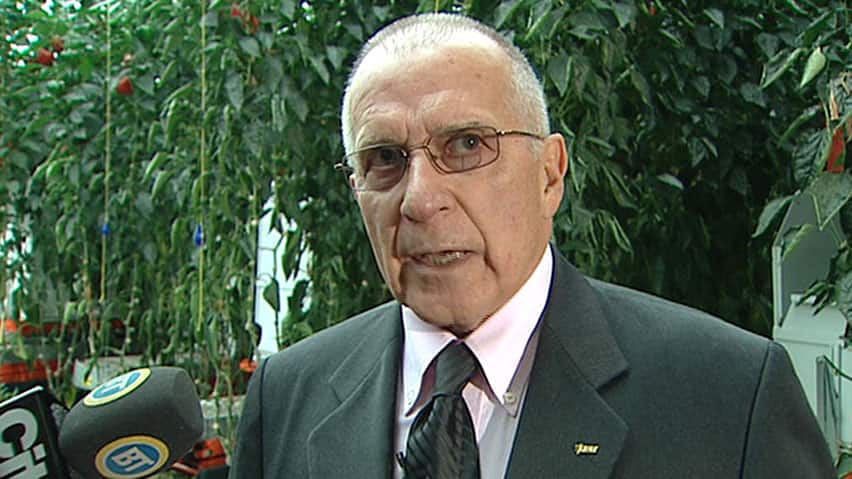 9 years ago
2:15
The city of Abbotsford, B.C., wants to build a multimillion-dollar water plant and pipeline, reports the CBC's Alan Waterman 2:15

A growing population and a thirsty industrial base are slowly drying up the water supply in Abbotsford, B.C., and to head off a shortage, the city has a multi-million-dollar plan — but it needs taxpayers’ permission.

The city’s plan would mean tapping into BC Hydro’s Stave Lake reservoir, building a filtration and pumping facility and a pipeline.

The cost is pegged at $291 million and the project would involve the participation of for-profit corporations.

Voters will be asked to approve the project in a referendum on the municipal election ballot in November and on Monday, the city launched a $200,000 information campaign to promote a yes vote.

"Two years years ago, we came perilously close to matching out our water supply," Mayor George Peary told CBC News. "This project will add a hundred million litres per day to our capacity. So, this is huge. It will almost double our existing capacity."

The water would be destined for rapidly expanding residential neighbourhoods and for Abbotsford’s $1.8 billion agriculture industry.

Growers like Marcus Janzen say the new project is critical for his business’s survival.

"Our plants can drink up to eight litres per square metre, per day," said Janzen.

‘It's all worth nothing if we can't water plants on a day-by-day basis," he said.

The need might be obvious to residents like Janzen, but former Abbotsford city engineer Ed Regts doesn’t see the issue the same way.

Regts feels Abbotsford could easily expand the present system of reservoirs and wells and put off finding a new source.

"At least until 2020," said Regts. "Then you can re-examine the other possibilities."

Even then, Regts doesn’t believe the Stave lake reservoir is the right choice. "I'd suggested Harrison River would be a much better alternative. Harrison Lake is huge. It's enough to supply the whole Lower Mainland," he said.

For others, like Lynn Perrin of Water Watch Mission-Abbotsford, the Stave Lake is simply a sell-out.

"By having a for-profit corporation operate the system for a million dollars more a year than the public can do it, is commodifying an essential of life," said Perrin.

The Stave Lake project could take 30 years to pay off, as long as the federal government kicks in an anticipated $61 million -- and the voters pass the referendum.