'Lapse in judgment' led to 2-day ordeal for skier lost on B.C. mountain

Mark Gayowski vanished in the fog and snow at B.C.'s Red Mountain Resort on Monday. He wasn't found until Wednesday, after 10 teams of search and rescue workers were mobilized to comb the treacherous backcountry area of the Monashee Mountains.

Mark Gayowski phoned his mom, said he'd seen a 'sweet' run and joked he might get lost — but then he did

Mark Gayowski had Monday all planned out. He was skiing the slopes at Red Mountain Resort in southern British Columbia by 10 a.m. so he could ski over to his friend's condo at the resort and then watch Star Wars by 2 p.m.

What wasn't part of the plan was walking the mountain freezing, wet and lost for two days, with the only source of heat his own breath if he buried his head in his snow jacket.

But that's what happened to the Rossland, B.C., construction worker, who vanished in the fog and snow on Monday. He wasn't found until Wednesday, after 10 teams of search and rescue workers were mobilized to comb the treacherous backcountry area of B.C.'s Monashee Mountains and finally found him when he replied to their calls.

"It was a lapse in judgment. It didn't turn out well," said Gayowski, 34, in an interview with CBC News from Kootenay Boundary Regional Hospital in Trail, B.C., where he's recovering from his ordeal.

On Monday, he'd tried to get friends to ski with him but ended up going out alone.

Gayowski was riding the chairlift back up the mountain to do his final run when he spotted an out-of-bounds trail that looked intriguing.

WATCH: Gayowski embraces his mom, moments after landing back at the ski resort 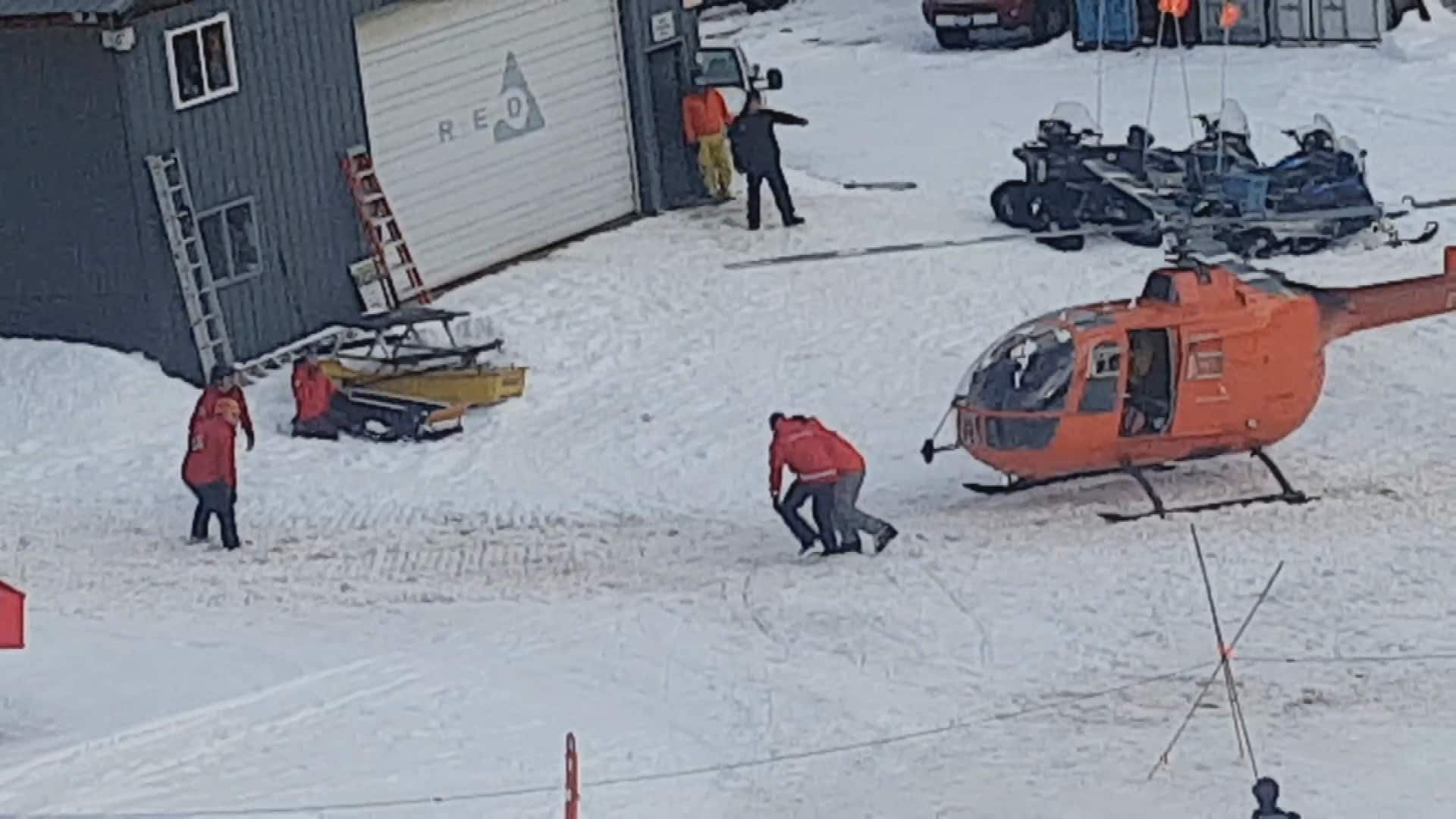 1 year ago
1:16
Mark Gayowski, in orange, is supported by a rescuer after he spent two days lost in the backcountry near B.C.'s Red Mountain Resort. 1:16

He's glad he called his mom from the chairlift.

"I told her where I was going. I was like, oh I've seen a run, it looks like there's some sweet turns in there. I said I might get lost, but I was joking," Gayowski recalled.

His mother urged him to text when he had skied back safely. But that text never came.

Gayowski, a former oilfield worker, says he grew up skiing in the area, but had been away for a series of winters and some of the trails on the Grey Mountain area of the resort were new to him.

He said the trail he followed soon turned to thick trees and he could not get to the run he was aiming for. It was snowing heavily — 40 centimetres fell over 48 hours — and then his phone died.

"I got funnelled down into a creek draw. By then the bush gets so thick it's almost impossible to make your way through it. So I ditched my skis, but then it got dark and I started to get worried," he said.

He believes it was about 1 a.m. Tuesday when he tried to turn around near a creek, where his ski trail was later found.

"I was soaking wet and I walked all night," he said.

'I was hearing, seeing things from exhaustion'

By the time he was rescued on Wednesday, Gayowski said he had travelled up and down the mountain at least twice. He was soaking wet and had fallen in creeks. He could not stop moving, otherwise he would get too cold. He abandoned his skis and then lost his poles and gloves. He suffered bruises and scratches and was seriously dehydrated.

"I know you are just supposed to just stay put if you are lost, but it wasn't an option because if I stayed put I'd freeze," he said.​

Gayowski said at one point, in waist-high snow, he gave up.

WATCH: Ready to 'let nature take its course': Gayowski says he found the will to survive from his family 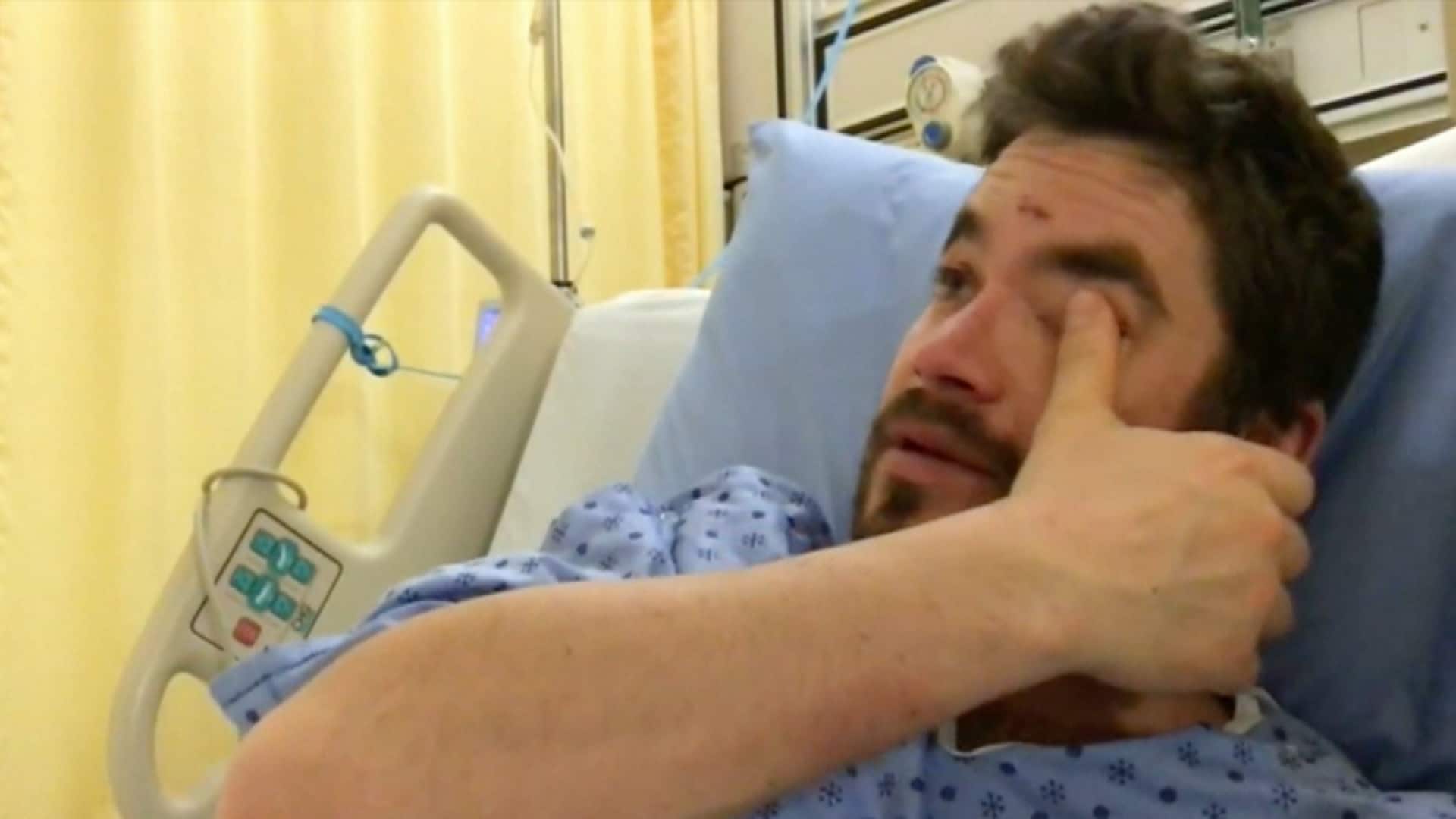 1 year ago
3:11
Mark Gayowksi, from Rossland, B.C., says he nearly gave up on getting rescued, but the thought of his family and friends gave him the willpower to survive. 3:11

"I took my jacket off and lay in the snow and I was like, I'm done. I'm going to let myself freeze. So I did that for like 10 minutes but then I was like, OK, this isn't happening quick enough, so I decided to head back to where it was warmer."

After a second night outdoors, he was walking and yelling in frustration to himself when he thought he heard a voice.

But the voice was real. Rescuers called out, heard his shouts and tracked him down.

Gayowski was flown by helicopter back to the resort, where crowds cheered and applauded as he was reunited with family.

"We were all crying. I was pretty happy to see them," he said.

Mike Hudson, who manages the South Columbia Search and Rescue units, says after two nights there was a lot of concern about the skier's health, given the amount of snowfall.

"We were lucky the conditions for the temperatures were good. It was fairly warm. He managed to be in a lot of tree cover, so I think that helped protect him," he said.

Gayowski called the experience a "game-changer," and said he will never go into the backcountry again without emergency gear. He said the community support and the efforts of the search and rescue teams overwhelmed him.

He plans to volunteer for search and rescue as soon as he recovers.