Lauraleigh Paul didn't expect 2,000 people to react to her Facebook post, alleging The Revenant actor Duane Howard had sexually assaulted her when she was barely 16 years old.

"I 'nightmared' that every comment I received would be shaming and disbelief," she said to the CBC in Vancouver.

But it was the opposite. Hundreds of people commented that it was time for the "Indigenous #MeToo" movement to take its place in the world.

"It's a situation too many women have experienced," said Melaw Nakehk'o, who acted with Howard in The Revenant.

"Few of us have the courage to come forward and stand in our truth like Lauraleigh. I believe Lauraleigh. Her strength will help others in our communities to begin to heal," Nakehk'o said to the CBC.

Howard denies it was sexual assault but apologizes for the trauma

Duane Howard, who is best known for his supporting role as Elk Dog in the 2015 film, The Revenant, denies that he sexually assaulted Paul.

"It's not true," he told the CBC over Facebook Messenger and later added, "Reality of it, it was between I and her, no one else's business."

But in a video posted to his personal Facebook page on Tuesday, reading off a statement, he apologized to Paul "to her family and her community" and acknowledged the pain he caused her. 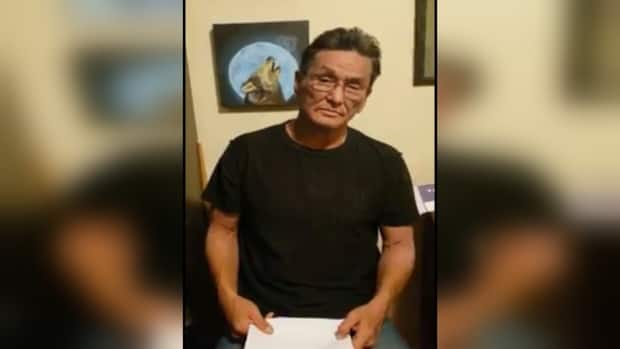 2 years ago
4:53
The actor posted the video on Facebook on Oct. 16, after Paul made a post accusing him of sexual assault. 4:53

"I sincerely apologize for what you have went through carrying that trauma," he says in the video, which he removed within minutes of posting.

After he took the video down, Howard told the CBC that "people are still being negative about this video. So I was [advised] by a few mentors to take the video down."  Howard also alleges that men and gang members were threatening to take his life after Paul's post came out.

Paul is now taking that video and her testimony, along with advocates who are supporting her, to make a report to the RCMP in Lillooet, where the alleged sexual assault took place.

The 40-year-old mother claims it happened after she had asked Howard for help during a New Years Eve powwow in Lillooet, in 1993, less than two weeks after turning 16.

During a snowstorm, she said she was left out in the cold after rejecting the advances of a man she was supposed to stay with.

Howard, then 30 years old, said she said could stay where he was billeted. At the home, she says she was shown a room with two kids' beds.

"The kids were already in [the beds], and I put my bedding down on the floor beside the bed on the farthest side of the room and I fell asleep," she said through sobs.

But then she heard the door crack open, then close and then shuffling on the floor.

"His hand immediately went over my mouth and his fingers scooped around my shorts," she said.

"He proceeded to rape me. He held my face so hard and so tight with his hand that I couldn't move my neck. I can still feel that pain in my neck," she said.

Paul says she still experiences depression if she gets a kink in her neck, bringing her back to the event and has recounted many times over the years of being suicidal.

Lilwat elder Seis'lom remembers helping her through one of those periods around 2006. Paul says she reached out to one of her friends to help with her suicidal thoughts and Seis'lom, a known elder in the community, came to help.

Paul said she was afraid to go to the police at the time for fear of not being taken seriously.

"In pressing charges, I wonder, is that really the justice and accountability that will suffice?" she asked.

Jenna Forbes is the executive director of the Vancouver Aboriginal Transformative Justice Services Society and has agreed to support Paul during this time.

She says the reasons women and, in particular, Indigenous women do not report crimes vary.

"There's been years of mistrust that have happened," Forbes said.

She said over the years there's been efforts made by the Vancouver Police Department and the RCMP to improve relationships with women and Indigenous people, but it's taken time.

"Especially with sexual assault or domestic violence, it's a very difficult thing to say that out loud, let alone to an authority figure where you don't know how its going to be handled on the other side," Forbes said.

Trying to turn the page

Paul said just after The Revenant came out, she met with Howard in hopes of forgiving him.

"I think the words I used was trailblaze the way for reconciliation for our people, to show how trauma can be overcome in a good way," Paul said.

But she said both decided not to go public because of fear of how it could affect his career and her future success. She says she now regrets staying silent.

Howard told the CBC that the video he posted, as well as talking to media, including telling the APTN that it was consensual sex, has made "everything worse."

"This media stuff is just making it worse. It's not helping," he told the CBC.

Howard says he has lost stunt work in films that he normally relies on, as a result of media stories on the alleged assault.

"Had one stunt work on a show on [the] 25th of this month, but last night he texted, 'Sorry I have to cancel for the stunt on 25th,'" Duane said.

Regardless, he is still hopeful that he will meet with Paul.

"I'm willing to take direction from Lauraleigh Paul and elders in our community," he said. He says he is going to try to reach out to her this week.