City of Richmond council unanimous in its opposition to cannabis legalization

While some municipalities in British Columbia are hoping to benefit from the impending legalization of cannabis, the City of Richmond is taking the opposite approach.

With warnings of gateway drugs and transformation of agricultural land, city to send letter outlining concerns

While some municipalities in British Columbia are hoping to benefit from the legalization of cannabis that takes effect in July 2018, the City of Richmond is taking the opposite approach.

It's the largest city in the province without a marijuana dispensary in operation. Mayor Malcolm Brodie has labelled Vancouver's regulatory approach to the issue, which includes 41 legal permits for marijuana-related businesses, as "complacent".

And Monday night, city council voted unanimously to send a letter to the provincial and federal governments outlining their opposition to legalization.

They're also asking for widespread jurisdiction in regulating cannabis in the city should it become legalized, including being able to impose stricter rules, and the ability of strata councils and landlords to bar use in their buildings.

"We want the federal government to be aware of our position on the matter, but we're really looking for regulation on the provincial level," said Brodie after the motion passed. 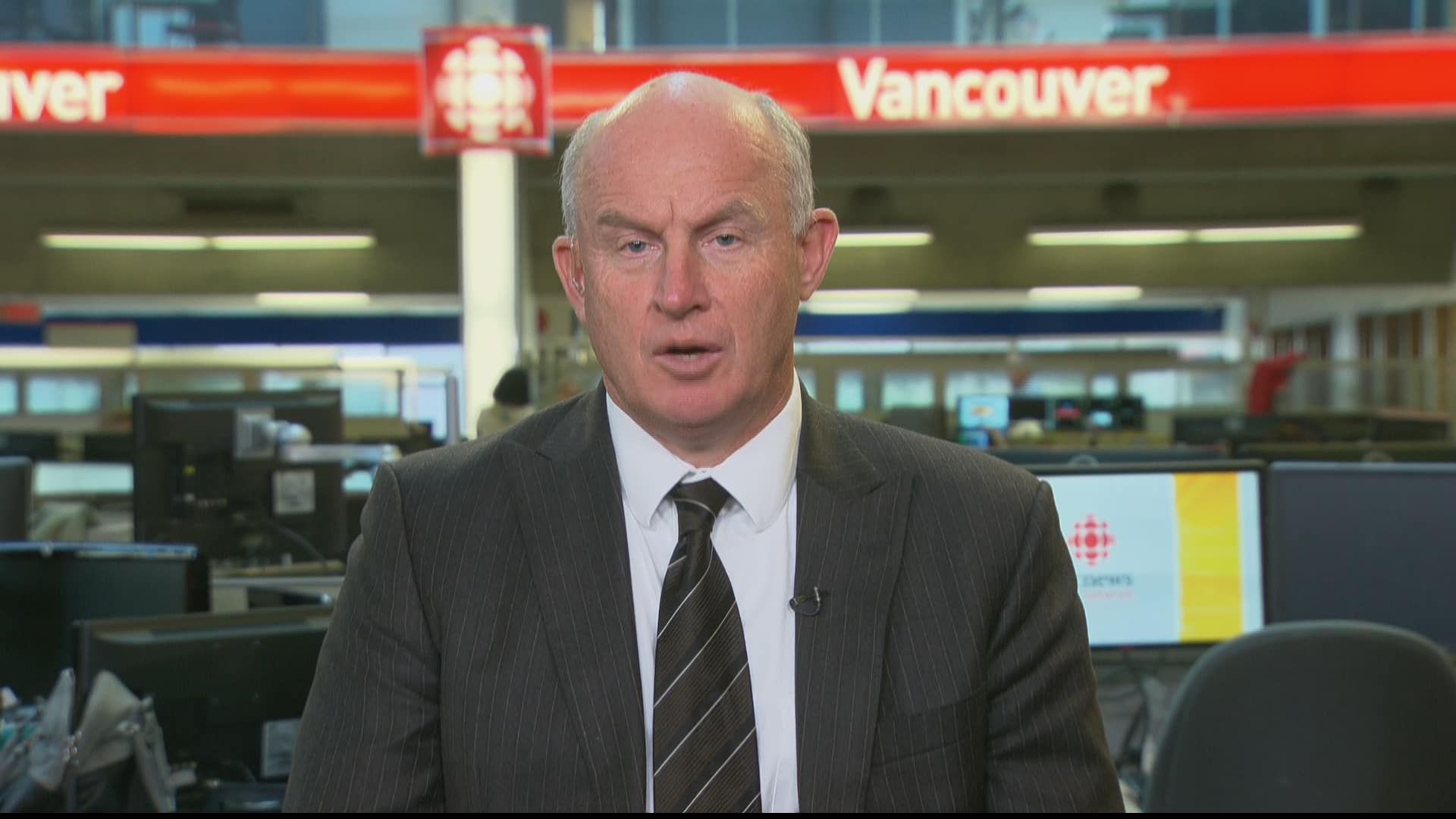 It comes as municipalities and businesses scramble to give their feedback to the provincial government before a window for public engagements ends on Nov. 1 — a timeline necessary for the government to put forward legislation in next year's spring session of the legislature.

When announcing the consultation, which had 20,000 responses at its midway point earlier this month, Minister of Public Safety Mike Farnworth said there could be different retail models for different parts of B.C.

But when asked specifically if the government would allow a retail and regulatory model that could allow a municipality to completely ban cannabis from being sold, the ministry hedged.

"Farnworth has said that local government will be on the frontline and instrumental in the delivery of new policies and laws associated with the legalization of non-medical cannabis and he welcomes the UBCM input," the ministry said in a statement.

"The key priorities for government are protecting young people, the health and safety of British Columbians, keeping the criminal element out of cannabis and keeping roads safe through education and enforcement."

'This is a suburb'

While several B.C. municipalities have expressed concerns over the timeline for legalization, or the risk of agricultural land being lost, none has been as forthright in their opposition as Richmond.

"This is a suburb. We're not the heavy duty nightlife of Downtown Vancouver and the action-packed thrill of adventure of Surrey. In Richmond, we tend to live a more conservative lifestyle," said Coun. Carol Day.

"We've been front runners in limiting people's behaviours that may be less healthy, and towards creating a healthy environment," said Coun. Alexa Loo.

"Richmond was one of the first places to have non-smoking in municipal and commercial buildings. I remember as a young adult, growing up, and then travelling to Europe and being shocked the people were smoking in a bank as they were working."

"We're of the generation that had the Furry Freak Brothers and Cheech and Chong, who made it look like it was entertaining. But over prolonged use, it does affect the person's ability to think lucidly and react in a proper way," said Coun. Derek Dang, who expressed concerns cannabis could be a gateway drug to dying of a fentanyl overdose.

But all hoped that by expressing their stance in a strong letter, Richmond could have a greater level of control over what legalization looks like in their city of 220,000 people.

"The federal government is going to do what they're going to do," said Day.

"But we as a city must be allowed to control where and how those products are being sold."