Community activists are expected to attend a public meeting at Vancouver City Hall today to protest what they say is a lack of consultation on rezoning that will increase density in their neighbourhoods. 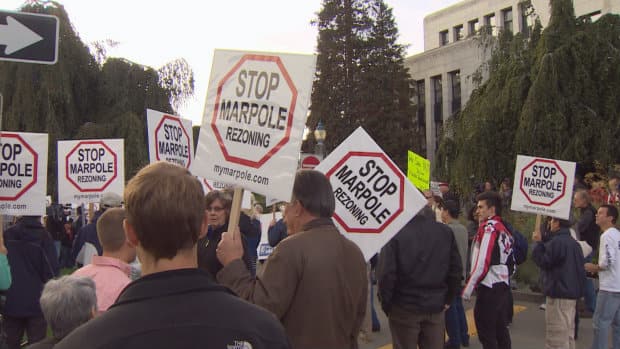 Community activists are expected to attend a public meeting at Vancouver City Hall today to protest what they say is a lack of consultation on rezoning that will increase density in their neighbourhoods.

Residents from the Downtown Eastside, Grandview-Woodland, Marpole and the West End say they're worried about taller towers and thinner streets in their neighbourhoods.

But Coun. Kerry Jang says the city has amended some of the plans after listening to the feedback.

"They said they weren't against densification, but they want to do the plans right," he said. "And we are saying you know you're right."

Jang says more than 40 people are scheduled to speak at Wednesday's public meeting, and the city is expected to recommend a one year delay for the Marpole and Grandview-Woodland plans.

"It's a sad commentary on the politics of Vancouver today that we have to meet like this in order to get our voices heard," said Jak King, president of the Grandview-Woodland Area Council.

With files from the CBC's Robert Zimmerman and Emily Elias