The winner of a record breaking lottery jackpot, retired commercial fisherman and Richmond resident Joseph Katalinic, say he plans to “live like a king” with his new-found fortune.

The winner of a record breaking lottery jackpot — retired commercial fisherman and Richmond resident Joseph Katalinic — says he plans to "live like a king" with his new-found fortune.

The 60-million-dollar man, who has been retired for 20 years, bought the winning Lotto Max ticket at Seafair Centre in Richmond, B.C., on July 26.

He took the ticket to two other locations and re-scanned it just to be absolutely certain he had the winning numbers.

The Quick Pick ticket, matching all seven numbers for a $60 million payout, is the largest lottery jackpot in B.C. history, according to the British Columbia Lottery and Gaming Corporation.

During the cheque presentation ceremony at BCLC's headquarters in Vancouver Wednesday, Katalinic was asked how he celebrated on the day of his massive win.

Having a drink wasn't so much for celebrating, Katalinic said, but a way to calm his jittery nerves, noting he will likely choose a more expensive whisky in the future.

Watch as Joseph Katalinic receives his cheque from BCLC: 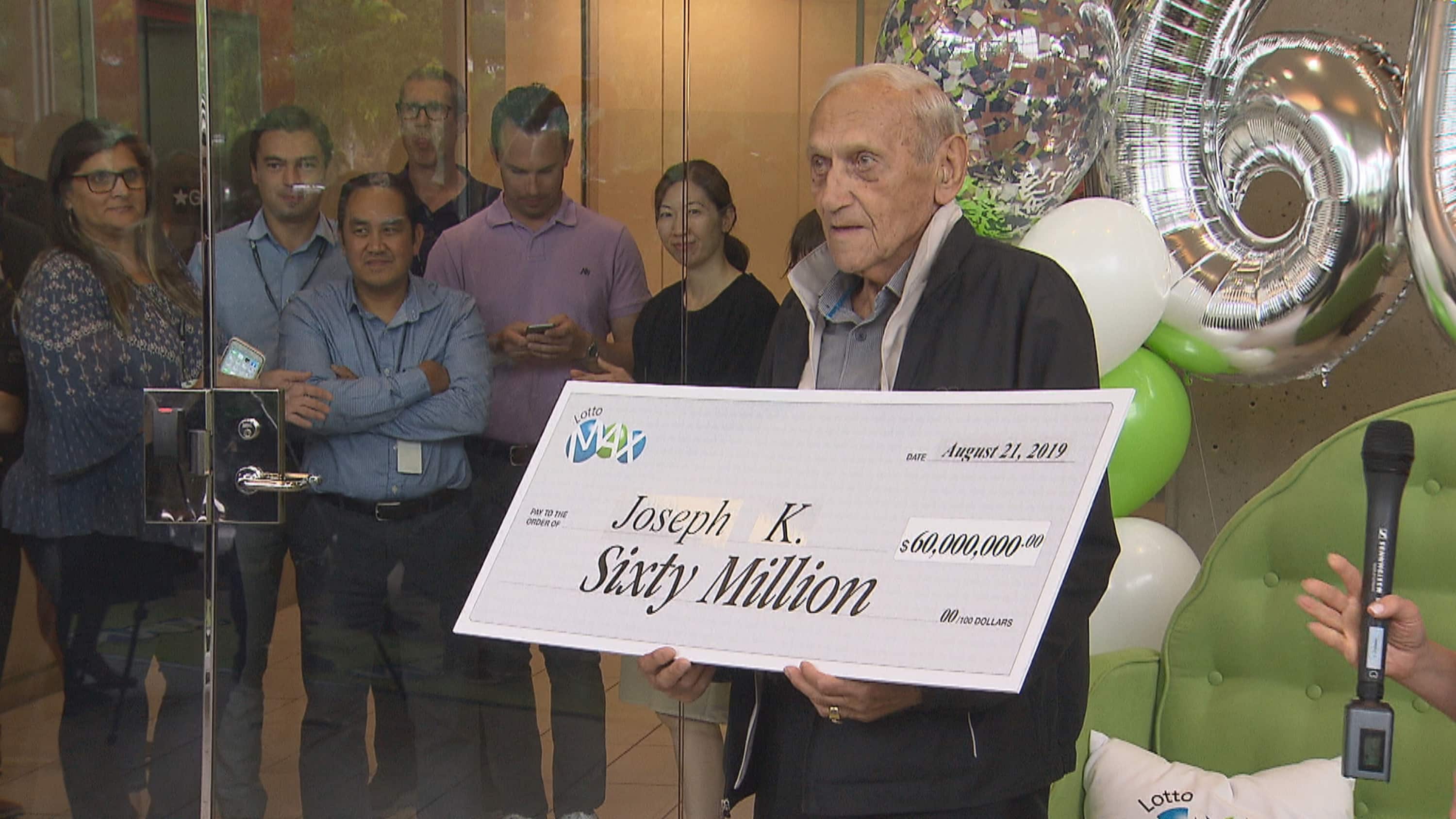 The first person I told was my daughter," says Katalinic. "She told my son-in-law, and then I told my youngest daughter."

Katalinic said there was a lot of hugging, kissing and emotions as the family learned of the massive jackpot.

With his winnings, Katalinic plans to take his family to Hawaii and to the town in Europe where his parents were born.

There have been three $50 million Lotto Max winners in B.C.