In an industry where margins are already razor thin, restaurant owners say the up-to-30 per cent commission food delivery apps take from each order is hurting them.

Restaurants rely solely on takeout and delivery options during this COVID-19 pandemic, but tapping into third party delivery apps also means they're losing a chunk of their revenue.

"In the restaurant industry our margins are very thin and when companies come in and take 20 to 30 per cent of that, it's difficult for us," said Shane Henry, owner and manager of Vera's Burger on Commercial Drive.

While Henry is grateful to be able to still operate and even offer takeout through their store's large black window, 65 per cent of the orders are done through delivery apps.

Which means more of what little they're making is going out the window.

Some food delivery apps are starting to lower their commission rates and offer incentives to help restaurants, but Memphis Blues BBQ owner George Siu says the companies know the restaurants need them.

"They know you don't have a choice right now," said Siu, adding that restaurants have to use these platforms to make sales and stay relevant to customers.

"I wish it was something that could be negotiated on the percentage, because they're certainly making a lot more now than they did before this happened," said Siu.

Starting Monday, DoorDash promised to slash commission fees by 50 per cent for local restaurants until May, while SkiptheDishes has an option for customers to tip the restaurants directly. It also says it has implemented a support package that provides a "commission rebate" on every order placed.

Foodora, another restaurant meal delivery app, called it an "adjustment period for many businesses" and said "things are changing minute-to-minute at this point."

CBC news also contacted UberEats but did not hear back.

Last week, San Francisco's mayor, London Breed, ordered a temporary cap on all delivery app commissions to 15 per cent across the board. Most eateries here say until that happens customers can help minimize the amount of profits wiped out by picking up their orders if safe and possible to do so.

Paul Shufelt, chef and owner of Workshop Eatery and Woodshed Burger in Edmonton, created a Facebook video breaking down the profit margins of restaurants and how much the apps take.

The video has since taken off on the Internet with over a half million views. 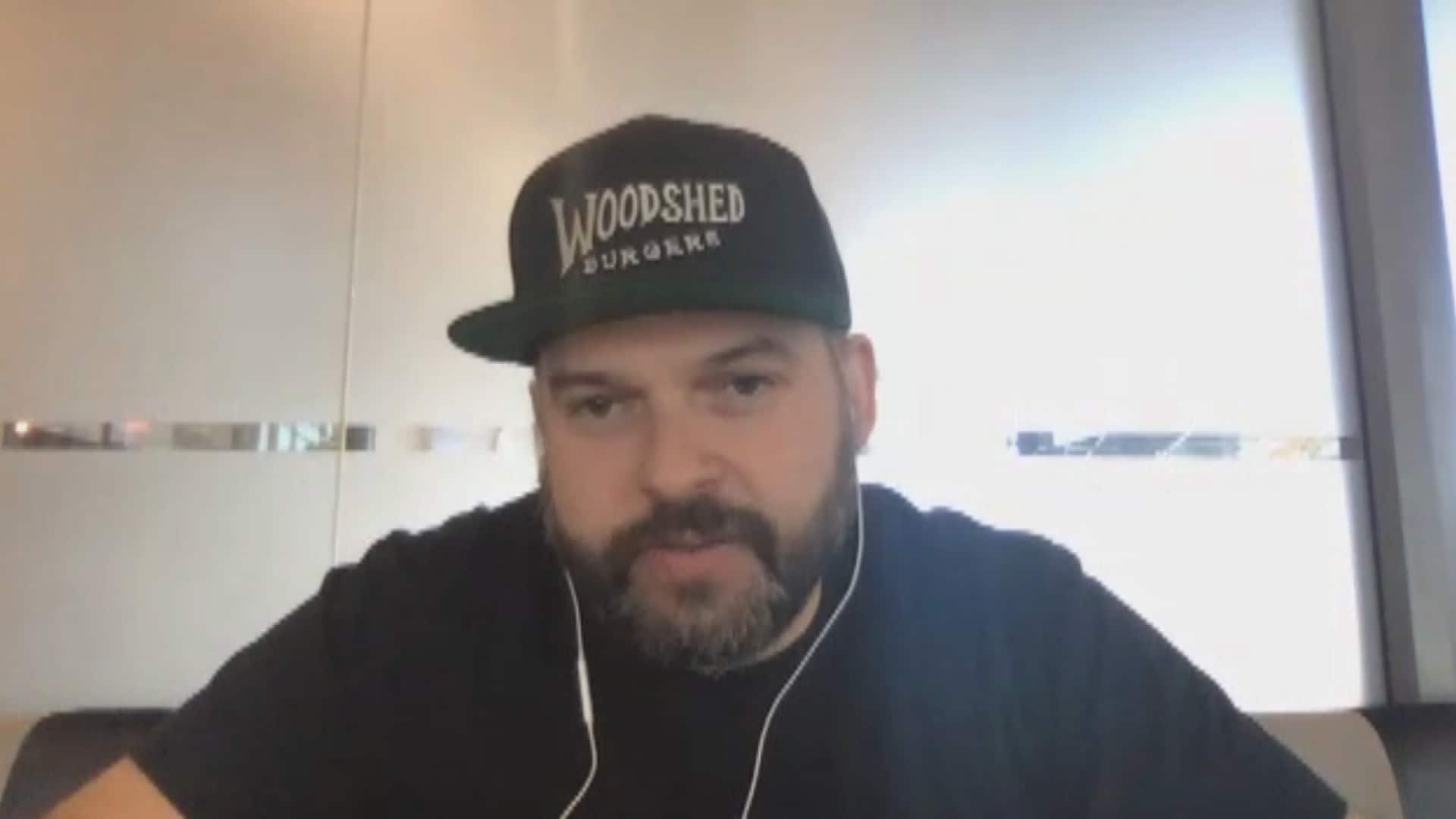 11 months ago
0:55
Paul Shufelt, chef and owner of Workshop Eatery and Woodshed Burger in Edmonton on why ordering from food delivery apps doesn't actually help restaurant owners during COVID-19. 0:55

"I describe them right now as being a parasite on a host that is dying, and if they don't wake up and realize they need to do something to help the host, they aren't going to have an industry to come back to on the other side of this," explained Shufelt.

"We are talking about potentially 35-40 per cent of restaurants not recovering from this and coming out on the other side. Who will they be delivering from?"

Some of the staff at his restaurant now do the deliveries themselves, but some restaurants say that's not a feasible option for them.

Which is why Pidgin restaurant owner Brandon Grossutti, who has a background in programming, has been working on an alternative local delivery system.

He has created From To, a website and soon app, that he says will share the costs of delivery collectively with participating restaurants and allow them to keep more of the profits for themselves.

"I wanted to try and find a way where we can all work collectively together as independent restaurants," said Grousutti Tuesday on CBC's The Early Edition.

He said the plan is to hire back employees who have been laid off in the restaurant industry to work in dispatch and as drivers.

He expects to have From To operational in the next two to three weeks.

To hear the complete interview with Brandon Grossutti on The Early Edition, tap the audio link below: The Early Edition7:43Vancouver restaurant owner develops new delivery app.
Brandon Grossutti, owner of Pidgin restaurant, says he is tired of large food delivery app companies taking a profit cut from independent restaurants during the COVID-19 pandemic so he has built a new app that will keep more money in the pockets of small business owners. 7:43