While recent refugees arriving in Canada have faced many of the same setbacks other Canadians are dealing with during the pandemic, advocates for them fear lockdowns will further delay their access to health care, housing and financial support.

Hamzeh Alnas came to Canada to start a new life.

After fleeing Syria's civil war, the 26-year-old arrived in British Columbia on Jan. 15, 2020, with his partner, Julia. They began working two weeks later at the Four Seasons hotel in Whistler.

But then on Jan. 25, Canada registered its first "presumptive case" of COVID-19, with the coronavirus pandemic ultimately leading to widespread shutdowns and physical distancing measures.

The once-bustling mountain resort turned into a ghost town.

On March 11, Alnas lost his job and the accommodation that came with it.

"I was rebuilding myself, but then this happened. I'm getting scared about tomorrow because nobody knows what tomorrow is hiding," he said.

Alnas is able to live in the Four Seasons' employee accommodation until the end of April, but after that, he and his partner need to find somewhere new to live.

He's considering moving to Vancouver to find another job and a new house but admits his savings will only last a few months.

Newer refugee arrivals face even bigger hurdles in accessing accommodation and stable financial assistance because of the pandemic, said Loren Balisky, director of engagement at Kinbrace, a B.C. refugee housing and support service.

One of his clients, a young single mother from East Africa, arrived in Canada seeking protection on March 20, 2020. She was referred to a temporary shelter and put in touch with a lawyer to help with her application for refugee status.

A week later, immigration offices started to close and the woman was issued an acknowledgement of claim letter, which recognized her request to enter the refugee determination system but fell short of the valid ID she needs to open a bank account, apply for a work permit and submit an application for a social insurance number, Balisky said.

The woman is living in a homeless shelter and while she has access to some income assistance, without a bank account, she struggles to cash her monthly cheque.

"My concern is that this already vulnerable population, which clings to the edge of the earth for survival, are suffering even more and being shut out of systems of welcome and belonging by the virus," said Balisky.

The longer refugees are prevented from settling, he added, the more complicated their adjustment becomes.

Hassan Al-Kontar knows what it's like to have your world turned upside down with uncertainty.

In 2018, his plight as a Syrian refugee garnered global attention when he lived in Kuala Lumpur International Airport in Malaysia for seven months to avoid being sent back to Syria.

Eventually, the 38-year-old made it to Canada and has been working in Vancouver and Whistler since then.

His last job was at Whistler's Scandinave Spa. He was laid off a month ago, but continues to live in staff accommodation.

He laughed when he said he's pretty experienced at living his life in limbo, but relates this loss of normality to what he experienced in Syria, when the civil war broke out in 2011.

In a column for CBC, he said the pandemic has made refugees of everyone.

"We also used to ask ourselves the question the whole world is asking right now: When this is going to end?  When are we going to go back to our normal life?" he said.

A refugee who is now a permanent resident in Canada, Al-Kontar said he struggles with his feelings about living through the COVID-19 pandemic.

He knows first-hand that refugees stranded around the world have far more worrying concerns than most Canadians right now. But he also feels the fear, anxiety and unease felt by many around the country.

He said he's started having nightmares about Syria again, about his family, his time living at the airport and his late father. 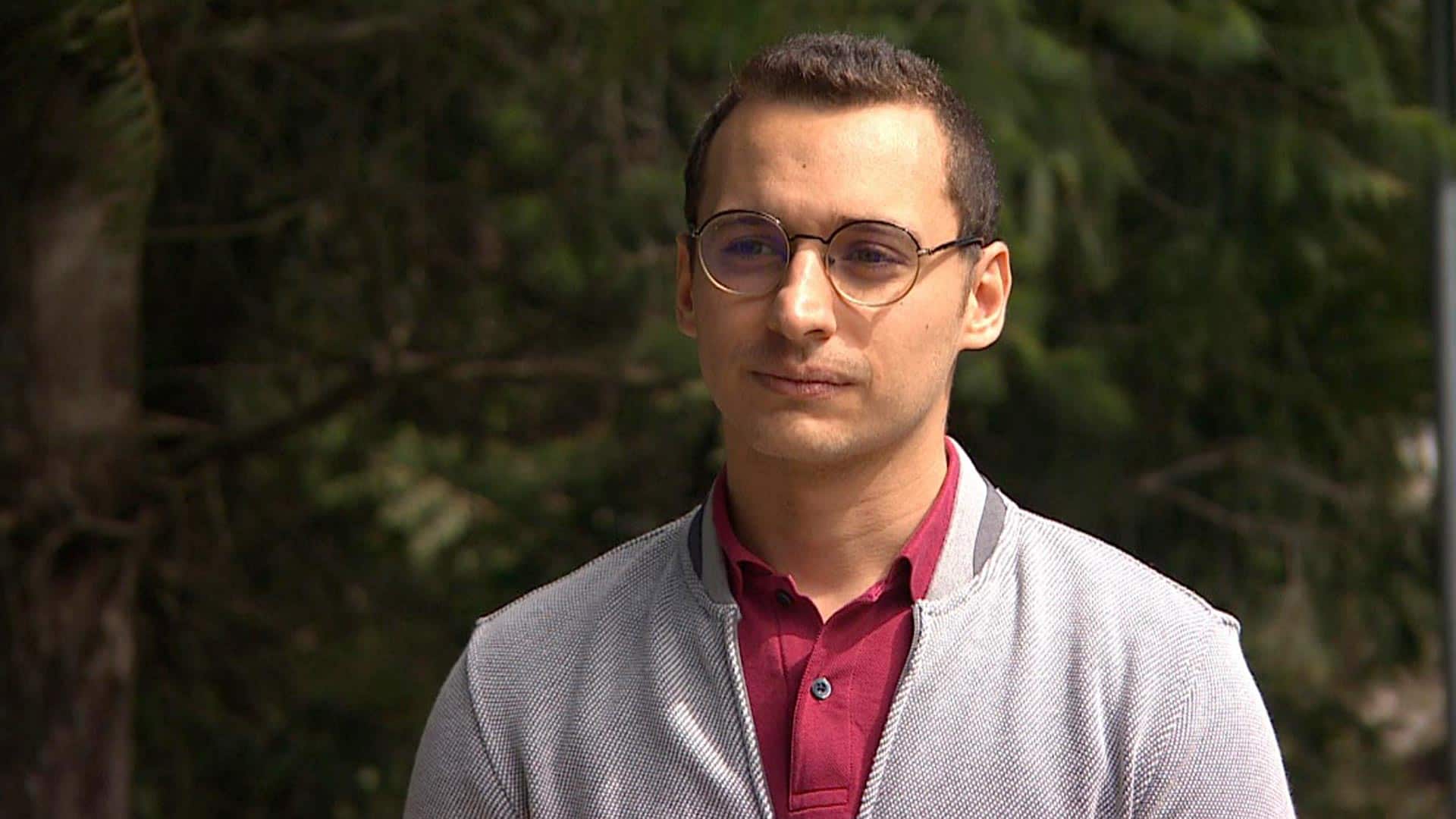 10 months ago
3:04
Refugees in Canada are dealing with additional stresses and anxiety because the uncertainty of the COVID-19 pandemic, the loss of jobs, housing can also bring back memories of the war-torn countries they fled. 3:04

"We're seeing people really are struggling with loneliness and lack of social contact."

Alnas is happy to be living in Canada but said he's started experiencing the same fear he had in Syria when he used to wake up every day to more bad news.

"It really triggers a lot of things. It scares me a lot. I think that's why it triggers the anxiety in me," he said.

The health clinic in Toronto is doing its best with consultations over the phone or internet, but Rashid said physical procedures like pap tests and testing for high blood pressure are impossible to perform remotely.

Rashid's biggest worry is that this "new normal" is damaging what he calls "the most important thing when you see somebody who's just arrived in the country."

It is critical to develop trust with a new patient, especially those who have never had access to primary health care, he said. "The most important thing on that first visit is to make sure they feel comfortable enough to make sure they come back for a second visit."

Along with the International Organization for Migration and the UN's refugee agency, the Canadian government suspended refugee resettlement on March 17.

The measure, in place "for as long as it remains essential," is to protect refugees from exposure to coronavirus through travel, the IOM said.

But the measure has effectively stranded 7,500 refugees who were on their way to Canada. They're in limbo around the world, with many  living in camps and overcrowded settings, according to the IOM.

Those people had received their permanent residency visas and been cleared to come to Canada, said Chris Friesen, director of settlement at the Immigration Services Society of BC.

"These individuals are being held now around the world, waiting for the ability to resettle in this country," he said.

The refugees were primarily coming from Syria, Iraq, Eritrea, Sudan and Ethiopia before the suspensions took place and there's now no way of knowing when these new Canadians might be able to arrive in their new country.

Back in the refugee health clinic in Toronto, Rashid said while many refugees find themselves in extremely difficult situations because of COVID-19, Canadians could learn from them.

"It's an important thing to remember — refugees are a tremendously resilient population."

Al-Kontar wants Canadians to know that he has seen worse. Like wars, a global pandemic tests our humanity, he said

"What I need to tell them ... is [this is] a temporary thing. We can get through it. They need to be patient," he said.

"They need to think as Syrians, to be calm, to live day by day."

Georgie Smyth is a CBC network reporter and producer in Vancouver. She has previously produced and reported for BBC World News in London and reported and presented for Nine News Australia in Newcastle. News tips to georgina.smyth@cbc.ca

With files from Laura Lynch