The North Pacific Ocean is setting record high temperatures this year and raising concerns about the potential impact on cold water marine species along the B.C. coast, including salmon. 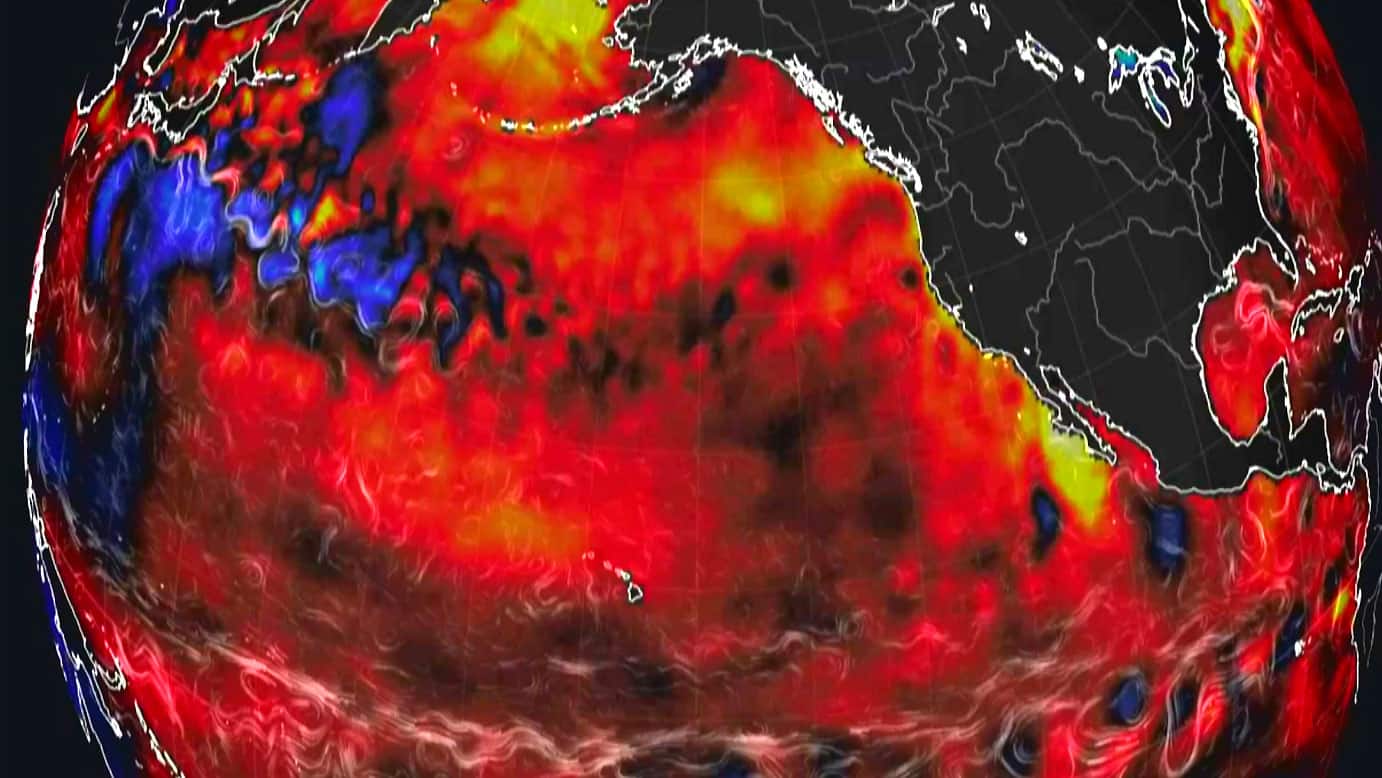 The North Pacific Ocean is setting record high temperatures this year and raising concerns about the potential impact on cold water marine species along the B.C. coast, including salmon.

Ocean surface temperatures around the world this year reached the highest temperature ever recorded, due in large part to the normally chilly North Pacific, which was three to four degrees above average — far beyond any recorded value.

​Bill Peterson, an oceanographer with the U.S. National Oceanic and Atmospheric Administration, said the warmth along the North Pacific coast is very unusual.

"We've never seen this before. It's beyond anyone's experience and this is why it's puzzling," he said.

To further complicate the picture, Peterson says an El Niño warm water ocean current should arrive in about a month.

"We'll have what we call a double whammy," he said. "It's already very warm up north, up here. If we get an extra push of super warm water from the tropics, we could possibly have a big disaster on our hands, ecologically speaking."

Invasive species on the rise

Unusual and invasive species have already headed north including:

There's also concern that Humboldt squid, which voraciously eat juvenile salmon, could make their way north again, after first being spotted off Alaska in 2005.

"So the worries with this is our local species having to work harder," Dewey said. "They're competing for the food they're after."