Reality Check | Is B.C.'s carbon tax green or not?

B.C.'s NDP Leader Adrian Dix may have changed his party's position on the carbon tax – but is he fair to portray it as not a green initiative? 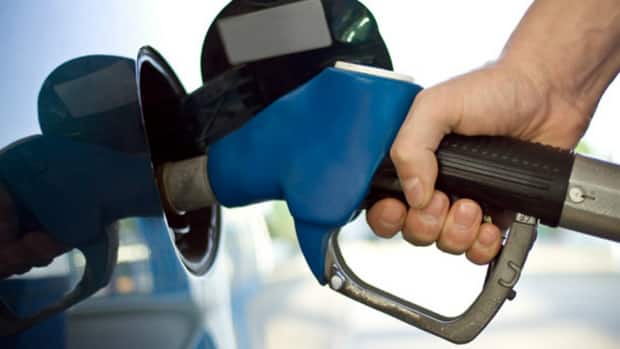 Emissions down since carbon tax

B.C.'s NDP Leader Adrian Dix may have changed his party's position on the carbon tax – but is he fair to portray it as not a green initiative?

"Since the carbon tax has been in place, not one penny of that tax has gone for environmental measures, to green measures, such as transit," said Dix on Tuesday in Kamloops when he rolled out his environmental platform.

The CBC's Reality Check team decided to examine that claim and look at the truth behind the carbon tax.

North America's first and only carbon tax was introduced by former premier Gordon Campbell and his finance minister Carole Taylor back in 2008 as part of an ambitious plan to cut provincial greenhouse gas (GHG) emissions by one-third by 2020.

The unpopular tax started at 2.4-cents-a-litre on gasoline and eventually rose to 6.67-cents-a-litre by 2012. Similar taxes were levied on other fossil fuels, such as propane and natural gas, based on the amount of GHG they created.

But none of the money goes to transit, because the legislation specified it could only go to tax reduction.

"Every dollar raised will return to the people of B.C. in the form of lower taxes," said Taylor in February of 2008.

And in 2009, the government did cut income tax rates for both individuals and corporations.

Despite the tax cuts, the carbon tax was highly unpopular and during the 2009 election campaign, then NDP leader Carole James opposed the tax as New Democrat supporters lined the streets with "Axe the tax" posters.

But the move cost the NDP the backing of many prominent environmental groups, which threw their support behind Gordon Campbell, who went on to defeat James in the election.

For the 2013 election the NDP has changed its tune, and is now calling for the carbon tax to be expanded — but not increased — to include venting emissions from the oil and gas sector that were previously excluded.

On Tuesday, Dix also took aim at how the carbon tax revenue was used, or not used, and promised to redirect it into green programs such as transit.

"None of the money from the carbon tax goes to the environment or to pay for transit, and we think it should, so we've proposed that."

"In our plan, we've laid out over the next three years an investment of $30, $40 and $50 million from the carbon tax that will go primarily to support transit around British Columbia and other green initiatives in communities that don't have transit systems," said Dix.

But if Dix is creating the impression that the carbon tax cannot be linked to environmental initiatives, is that really fair?

He found that since the carbon tax was introduced, carbon emissions and fossil fuel consumption have dropped more in B.C. than anywhere else in Canada by a significant margin.

"What we've seen in B.C., based on the data collected by the federal government is a decline in emissions…that outstrips the kind of emissions we've seen in the rest of Canada," said Woods.

In his report published last year, he found per capita fossil fuel consumption was down in B.C. by 15.1 percent between 2008 and 2011.

And Woods says preliminary numbers from Statistics Canada show a 17 per cent reduction in per capita fossil fuel consumption in B.C. since the carbon tax was introduced in 2008.

Woods says there can be no mistake why B.C. is leading the country in reducing our dependence on gas and other fossil fuels.

"British Columbians are burning less fossil fuel [and] they're continuing to grow their economy. They're reducing their emissions and, based on the evidence, our belief is that is attributable to the carbon tax," said Woods.