A Vancouver real estate marketing company is saying sorry after television reporters were duped by two employees posing as fake buyers at a condo development. 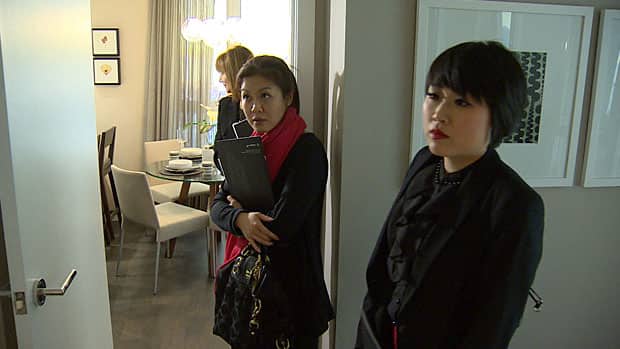 8 years agoVideo
2:18
The owner of MAC Marketing in Vancouver admits two of his employees misled the media 2:18

A Vancouver real estate marketing company is saying sorry after television reporters were duped by two employees posing as fake buyers at a condo development.

The embarrassing incident happened at last weekend when television interviews were arranged with two young sisters from China who reporters were told were planning to purchase a condo during Chinese New Year.

But after the story aired on CBC and CTV, some bloggers recognized the two women posing as buyers were actually employees of MAC Marketing Solutions – the firm selling the condos.

They were exposed on social media resulting in an online backlash against the company. It turned out they were not even sisters.

Cameron McNeill, the head of MAC Marketing Solutions admits the story was a fake and says sorry. But McNeil says just how the incident happened may never be solved.

"As far as I can tell there was a Chinese celebration happening at one of our projects. The media were there to do a story and two young women were put forward in the story," McNeill told CBC News.

"Circumstances had it that they were employees of MAC, and we were not forth coming about their connection to MAC and I deeply regret that."

The Real Estate Council of B.C. says it is investigating both MAC and McNeill, who could face fines of up to $25,000 for alleged false or misleading advertising.