The parents of a woman slain in Mission, B.C., say they have a new reason to believe the conduct of an RCMP officer cost their daughter her life — an audio recording of the 911 call, which they've exclusively released to the CBC.

Daughter found dying 4 days after 911 call, which officer didn't get out of his car to investigate 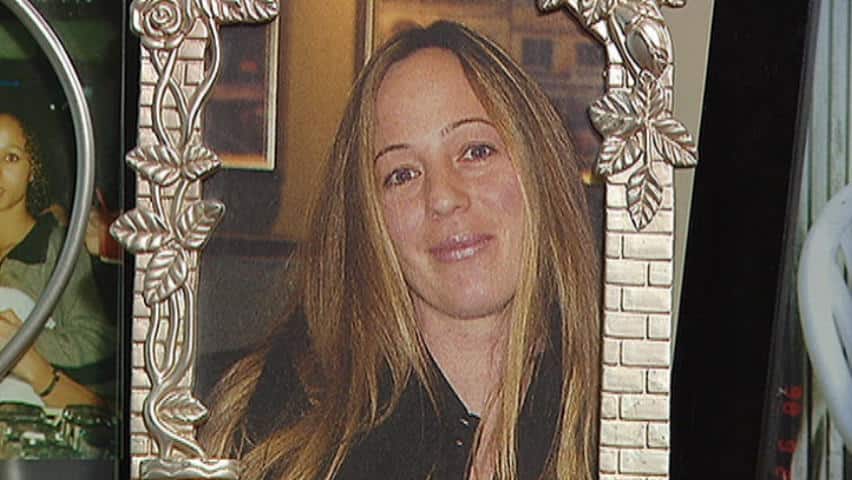 9 years agoVideo
2:30
The parents of a woman slain in Mission, B.C., say they have a new reason to believe the conduct of an RCMP officer cost their daughter her life — an audio recording of the 911 call, which they've exclusively released to the CBC. 2:30

The parents of a woman slain in Mission, B.C., say they have a new reason to believe the conduct of an RCMP officer cost their daughter her life — an audio recording of the 911 call, which they've exclusively released to the CBC.

Mark and Rosemarie Surakka have received an audio recording that the RCMP was compelled to turn over to them which the couple says reveals a careless attitude by the investigating RCMP officer.

The Surakkas’ daughter, Lisa Dudley, and her boyfriend, Guthrie Jolan McKay, were shot in their home in the Fraser Valley community, east of Vancouver, on Sept. 18, 2008. But police didn’t discover the victims until days later.

Immediately after the shootings, Dudley’s neighbour called the RCMP to report he’d heard several gunshots and the sound of a crash coming from the home.

The officer who responded, Const. Mike White, soon arrived near the property, but never got out of his car and did not talk to the man who’d made the 911 call.

Four days after the gunshots were heard, another neighbour peered into the house through a window and saw the body of McKay, 33. Paramedics were called and found Dudley, 37, still alive, but she died before reaching the hospital.

At a disciplinary hearing earlier this year, White suggested he never spoke to the neighbour who’d called 911 because he had trouble locating the man’s house in the heavily treed neighbourhood that had many gated driveways.

A recording of a phone conversation White had with a police dispatcher at the time was not part of the evidence.

The Commision for Public Complaints Against the RCMP only released the recording to Dudley’s family after the office of Canada's Information Commissioner threatened court action to order the force to turn the recording over.

The transcript reveals a light-hearted tone in the conversation between White and the RCMP dispatcher.

White: "Six gunshots in a row and a crash."

Dispatcher: Don't ya love this?

"It was almost a scornful laugh," said Dudley’s mother, Rosemarie Surakka, told CBC News after hearing the recording. "In my heart, it confirmed [White] had no intention of doing anything."

Surakka said White should have gotten out of his vehicle or at least have spoken with the 911caller.

The phone call should have been considered at White's hearing, said Dudley's stepfather.

"We don't feel there was any intent really to hold him accountable," Mark Surakka said.

RCMP spokesman Sgt. Rob Vermeulen said that since the incident, all members have been reminded they must speak to complainants when investigating a similar call.

"We can't change what's happened, unfortunately, but we can try to ensure it doesn't ever happen again," Vermeulen said.

So far, three people have been arrested and charged in connection with the slayings of Dudley and MacKay, which police said were targeted killings.

At his RCMP disciplinary hearing, White said he was "disappointed" with his actions that night and was also disappointed his name had been "associated negatively" with the incident.

White eventually admitted to disgraceful conduct, received a reprimand and was docked one day’s pay.

He since has been promoted to corporal.

With files from the CBC's Curt Petrovich