CBC News has learned the RCMP has secretly cleared a female officer who was disciplined for having sex with her boss. 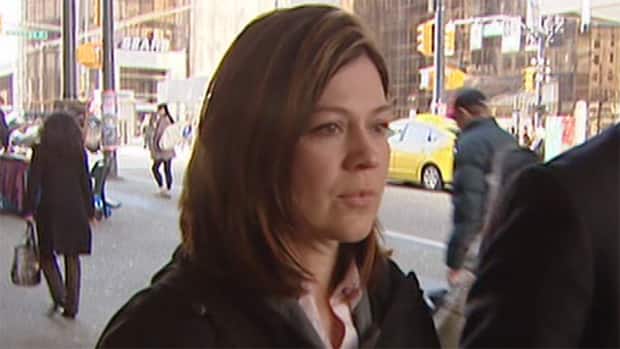 6 years ago
2:35
Const. Susan Gastaldo argued she had been coerced into having sex with her unit commander 2:35

CBC News has learned the RCMP has secretly cleared a female officer who was disciplined for having sex with her boss.

A year ago, all charges were quietly dropped against Const. Susan Gastaldo, but the Mounties kept that secret until this week.

In 2012, Gastaldo was found guilty of disgraceful misconduct dating back to 2009, which involved having sex in a police car during work hours and using RCMP BlackBerrys for "sexting" with her unit commander, Staff Sgt. Travis Pearson.

​​During the hearing, Galstaldo claimed she was coerced into a sexual relationship, while Pearson claimed it was consensual.

The most important thing now is my client has been exonerated.- Walter Kostecky, lawyer for Const. Susan Gastaldo

Gastaldo appealed the board's decision, alleging it was biased, and failed to give weight to Pearson's position of power and his propensity for sexual misconduct, as a second female subordinate testified Pearson coerced her into an intimate relationship.

Gastaldo's lawyer, Walter Kostecky, says the RCMP cleared his client more than a year ago, but has refused to make that information public.

"The most important thing now is my client has been exonerated," he said.

"A woman's reputation was maligned in the public. There was a posting about the effect of what happened at that hearing and so it was obvious they needed to post something updating [that] to clear her name."

Kostecky says Gastaldo's appeal argued the board failed to consider evidence that her vulnerability due to an anxiety disorder made her unable to consent to the sexual encounters, which took place between May and August 2009.

The board decided Gastaldo was lying and only alleged she was sexually assaulted after her husband found her Blackberry and learned of the affair.

In its decision, the board wrote: "The crux of the matter is that she has levelled a false allegation against Staff Sergeant Pearson and she has lost all credibility."

It also said she appeared to be "no longer suited for police work" and that her commanding officer should consider initiating a medical discharge process.

"I find that the Board had a strong predisposition to conclude ... that she was in a consensual relationship, since the Board had already concluded this in the other hearing."

The board heard Pearson's arguments just two days before it was Galstaldo's turn to convince them she was coerced by a manipulative boss.

Paulson ordered a new hearing but an announcement posted on the RCMP website this week says that in Sept. 2013, B.C. RCMP Assistant Commissioner Craig Callens "decided not to pursue further discipline against Cst. Gastaldo and the charges against her were withdrawn."

I think that what happened in this particular case, and the signal that the board sent, scared women in the RCMP about bringing matters forward.- Walter Kostecky, lawyer for Const. Susan Gastaldo

The problem, says Kostecky, is that announcement only appears on an archived news release from February 2012 announcing the board's ruling, and does not appear at the top of the newsfeed where the RCMP publishes news updates.

Kostecky says Gastaldo is eager to clear her name so she can return to work.

"She hoped that that would be published in the same way that the original information had been published so the public at large would be aware of that fact and also all the people she works with in the RCMP," said Kostecky.

Kostecky says the Gastaldo case upset many observers because Pearson, who was in a position of authority, was perceived to have received a less severe penalty than his client.

"I think that what happened in this particular case and the signal that the board sent scared women in the RCMP about bringing matters forward," Kostecky said.

Calls to the RCMP about Gastaldo's appeal have not been returned.