Dozens of employees at Canada's largest bank are losing their jobs to temporary foreign workers, who are in Canada taking over the work in their department. 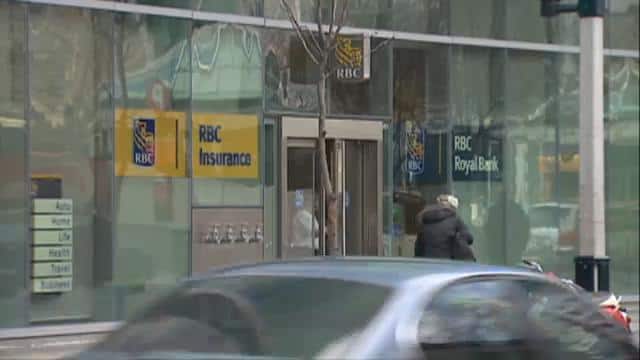 8 years ago
3:19
Dozens of Canadian employees replaced by temporary foreign workers at RBC. The CBC's Kathy Tomlinson finds out whether other banks are doing the same. 3:19

Dozens of employees at Canada’s largest bank are losing their jobs to temporary foreign workers, who are in Canada to take over the work of their department.

"They are being brought in from India, and I am wondering how they got work visas," said Dave Moreau, one of the employees affected by the move. "The new people are in our offices and we are training them to do our jobs. That adds insult to injury."

As a result of Go Public’s inquiries, the office of the minister of Human Resources and Skills Development Canada — the federal office that approved iGATE’s plans to bring in foreign workers — issued a statement late Saturday.

"We have recently learned of allegations that RBC could be replacing Canadian workers by contracting with iGate, which is filling some of the roles with temporary foreign workers. If true, this situation is unacceptable.

"The purpose of the Temporary Foreign Worker Program is to fill acute labour needs when Canadians are not available for the work required. It was never intended as a means to bring in temporary foreign workers in order to replace already-employed Canadian workers.

"I have instructed my department to work with Citizenship and Immigration Canada to determine the next steps."

Moreau, who works in IT systems support, said he is one of 50 employees who facilitate various transactions for RBC Investor Services in Toronto, which serves the bank’s biggest and wealthiest institutional clients.

In February, RBC told Moreau and his colleagues 45 of their jobs with the regulatory and financial applications team would be terminated at the end of April.

"There are a lot of angry people," Moreau told Go Public. "A lot those people are in their late 50s or early 60s. They are not quite ready for retirement yet, but it may be very difficult to employ them."

Moreau will get a severance package, but expects it won’t last long.

"I am going to be broke," he said. "I don’t have enough money to live on. I have some RSPs. I have very little in the pension plan at RBC … I have a wife that works part time at a very low wage."

Another RBC staffer, who didn’t want to be named, said it’s devastating.

"It’s horrible to be in this situation," the employee said. "The bank is doing this while making billions of dollars in record profits and they don’t think about the impact on us. We are like fleas on an elephant."

The foreign workers who are taking over the RBC work in Toronto are employed by a multinational outsourcing firm from India – iGATE Corp. – which has a contract with the bank to provide IT services.

The two companies have been working closely since 2005. There is an "RBC Offshore Development Centre" in the iGATE facility in Bangalore.

RBC spokesperson Rina Cortese told Go Public several foreign workers from iGATE will be working in the bank’s Toronto offices until 2015. By then, she said, most of the work will be transferred abroad, but a few of the foreigners will remain indefinitely.

However, it is against federal rules for any company to bring foreign workers into Canada temporarily if it will put citizens out of work.

The federal government recently announced it is tightening rules for its Temporary Foreign Worker program because of criticism over foreigners taking jobs from Canadians.

RBC said the work is being outsourced for cost savings and efficiency.

"External suppliers with the right skills allow us to introduce new efficiencies, continually improve our service at reduced cost and reinvest in initiatives that enhance the client experience," a statement from the bank read. "Agreements with our suppliers include strict controls and ongoing monitoring to ensure full compliance with all regulatory requirements."

However, the bank refused to answer repeated questions about the type of work visas the iGATE employees have or how they were approved, given the job losses involved.

"We do not comment on specific supplier relationships," Cortese said.

Moreau called the situation "a mass exodus. It’s the first time that they’ve taken this many people and terminated their jobs. I would like to know how this happened. If it’s possible I would like to see it stopped."

iGATE, a rapidly growing company with offices around the world, including Mississauga and Toronto, has been in trouble before over foreign worker hirings.

In 2008, the multinational paid $45,000 to settle charges by the U.S. Department of Justice for discriminating against American citizens. iGATE was advertising jobs in the U.S. for foreign workers — effectively saying Americans need not apply.

iGATE said it brings its foreign workforce into Canada under the Temporary Foreign Worker Program and under intra-company transfer visas.

However, a Toronto immigration lawyer says there is no loophole in any visa category that allows companies to displace Canadians who are able to do the work.

"It should not happen," Mario Bellisimo told Go Public. "The overarching legal standard is to supplement and to fill labour shortages or to bring job creation and retention, knowledge transfer to Canada, not the opposite."

But iGATE spokesperson Prabhanjan Deshpande said the company is operating within the law: "For any engagement requiring foreign workers, appropriate immigration applications are filed by iGATE and all work authorizations are properly issued under existing law and policy."

Go Public asked whether the company had told federal authorities Canadian jobs would be terminated when iGATE temporary foreign workers were brought in to work at RBC. Go Public did not receive a direct answer.

"That’s why we are training them," Moreau said. "The person who is replacing me has asked a lot of questions and doesn’t know a major portion of the type of systems that we are working with."

"If they had the knowledge [to do the jobs] it would be easier to swallow," said the unnamed employee, who predicted client service will suffer.

The workers also said they were not offered jobs with iGATE and were told this "realignment" might expand to affect more of the bank’s 57,500 employees in Canada.

"We were told this is almost like a pilot project," the unnamed employee said.

"I am certain this isn’t an isolated incident," Moreau said. "I know that iGATE has a very aggressive plan to grow their business over the next few years, and that’s going to be at the expense of Canadian citizens who are working."

Kenney said he was not aware of this case, but the onus is on both companies to obey the rules.

"If an employer is playing some kind of a shell game, that is not consistent with the rules," the immigration minister said. "[The Temporary Foreign Worker Program] is not there for employers to make short cuts to displace Canadians — and if they are trying to do that, they should have the book thrown at them."

Jinny Sims, the opposition’s immigration critic, wants to see concrete action. RBC could afford to retrain the Canadian workers if need be, she said.

"This appears to be a blatant abuse of our system," Sims said. "We’ve got so many well- qualified people who don’t have jobs, so surely we have a government that should be tackling the outsourcing issue and looking at how to keep jobs at home."

RBC said it is trying to find new positions for the people affected.

"Several employees have found positions or are in the final stages of offers for other RBC roles, and a few others have chosen to retire," RBC said. "We continue our efforts to ensure remaining impacted employees obtain suitable roles."

Moreau said he’s applied for 14 other jobs within RBC since the announcement. He said he’s been told he is not suitable for two of them, and has yet to hear back about the rest.

"I hate injustice, and I feel as though a lot of people are being hurt," Moreau said. "It’s just not fair to people who have worked for years and years and years and suddenly find themselves out of work for not a really good reason."