Emergency officials are undertaking a drill to test their response if a magnitude-9.0 earthquake were to hit off the coast of Oregon and send ocean waves up to two metres high to Vancouver Island. 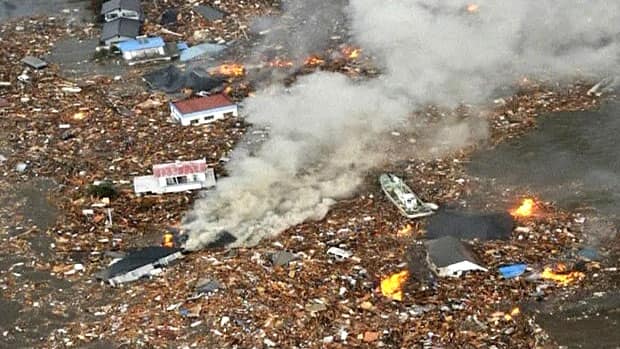 10 years ago
2:19
Emergency planners along North America's west coast held a drill simulating an earthquake then a tsunami, the CBC's Lisa Johnson reports 2:19

Emergency officials are undertaking a drill to test their response if a magnitude-9.0 earthquake were to hit off the coast of Oregon and send ocean waves up to two metres high to Vancouver Island.

The mock tsunami test, called Pacificex 11, will be run from Alaska to California at 10 a.m. PT Wednesday.

B.C. emergency planners will gather in a Saanichton boardroom and work through the elaborate test scenario involving a massive quake 150 kilometres off the coast and the tsunami that follows.

"The earthquake and tsunami in Japan is yet another wakeup call that people need to be well-prepared," said Kelli Kryzanowski, B.C.'s manager of catastrophic disaster planning. "We are very susceptible to quakes and tsunamis."

Kryzanowski said the message we have to get is one of self-reliance as soon as we feel the ground shake.

"If it's shaking for three to five minutes in our jurisdiction in B.C., we know that within 20 to 30 minutes we could see a wave generated," she said. "So it's incredibly important for people to pick themselves up and head to higher ground."

Tofino, Ucluelet, Port Alberni, on the side of Vancouver Island exposed to the expanse of the ocean, could see destructive waves in this scenario, she said.

Due to the geography of the Juan de Fuca and Georgia Straits, Vancouver is unlikely to be hit, Kryzanowski said.

Future versions of Pacifex 11 will involve full-scale exercises in real time using real people, which could include public evacuations.

With files from the CBC's Priya Ramu