Incidents of violence are increasing at the Forensic Psychiatric Hospital in Port Coquitlam, B.C., worrying both the workers at the facility and the community at large, a CBC News investigation has found. 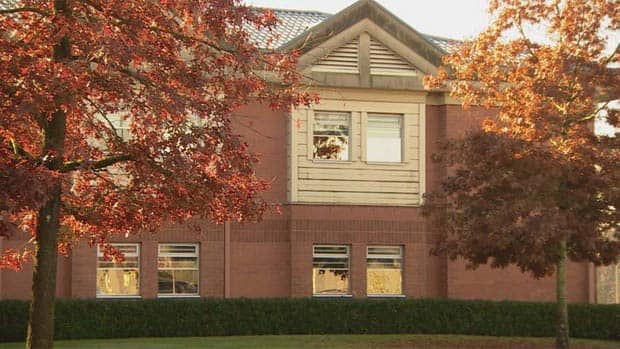 8 years agoVideo
3:37
Violent incidents are up at the Forensic Psychiatric Hospital in Port Coquitlam, B.C. 3:37

Incidents of violence are increasing at the Forensic Psychiatric Hospital in Port Coquitlam, B.C., worrying both the workers at the facility and the community at large, a CBC News investigation has found.

Hospital inspection reports from WorkSafeBC note that workers are routinely punched, kicked, and that there was also one incident of sexual touching by a patient.

"The number of violent incidents (both frequency and severity) has been increasing over the past couple of years," workers told a WorkSafeBC inspector.

One employee was, "assaulted by a patient who had manufactured a weapon from the metal frames of his own eye-glasses, which he used to stab the worker multiple times in the face and arms. The patient also punched the worker in the face, fracturing his jaw," a WorkSafeBC report reveals. Another patient was reported to have been stabbed with a kitchen knife.

The 190-bed facility, which has a maximum security wing, houses some of the most dangerous offenders in the province, sent there because the courts have found them not criminally responsible for their offences due to mental disorders.

Possibly the most notorious patient is Allan Schoenborn, who killed his three young children in their home in Merritt, B.C., in 2008.

Security at the hospital includes a high, chain-link, razor-wire fence and special constables who patrol the grounds. All staff members wear a personal alarm.

"It can be very, very dangerous, very volatile," said Darryl Walker, who used to work at the hospital and now is head of the B.C. Government Employees Union, which represents the facility’s unionized staff.

"There's been some extremely violent incidents. Incidents where people have been hurt to the point they may never return to that work again," Walker said.

Any incident of violence is followed up rigorously, according to Dr. Johann Brink, the hospital’s clinical director.

"We had some serious incidents and all automatically become the subject of a comprehensive review," Brink said.

Brink also disputes WorsksafeBC’s claim that there has been a repeated failure to comply with the agency’s orders to improve safety and to supply incident reports when staff are attacked.

"We are working diligently to meet all those requirements. We do not ignore any orders," Brink said.

There are also concerns about patients at the hospital being released on day passes.

In the last three years, 42 patients have failed to return on time while on day leave, and four attempted to escape. One patient is still at large after failing to return from a day pass in May.

The issue is a big concern to the neighbouring municipality of Coquitlam, said Mayor Richard Stewart.

"It raises the hair on the back of people's necks in our community," Stewart told CBC News.

But Brink said the problem of day leave violations has steadily decreased from 20 in 2010, to 17 last year and just five so far this year.

The relative number of violations is very low, Brink noted.

With files from CBC's Natalie Clancy