A Richmond, B.C., driver captured a frightening video of road rage on his dashboard cam. 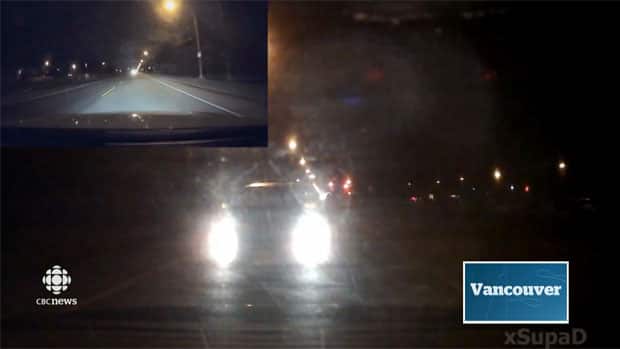 A Richmond, B.C., driver captured a frightening video of road rage on his dashboard cam.

Sean, the driver behind the wheel who doesn't want his full name used, was on his way to a friend's house when another driver started riding his tail. At first, he didn't think much of it.

"At that point I figured, if you're going to tailgate me, I'm going to slow down to the speed limit. So, I started going 50 km/hr and this is when the guy started getting really mad. He started flicking his high beams at me and following me even closer."

Sean tried to pull over and let the other driver pass, but the driver just gestured profanity.

Watch the video on YouTube (Warning: Explicit language and behaviour).

"My first thought was this guy is probably in a rush," he said. "After I tried pulling over and he did not attempt to pass me, that's when I realized he was looking for a fight and not in a rush."

The pursuit lasted for several minutes until Sean pulled out his phone to call 911 and the other driver took off.