Investigators are trying to figure out how three people died after their bodies were discovered in a deliberately-set motel fire that didn't sound alarms.

A motel fire in Prince George, B.C. that ended with the discovery of three bodies inside was deliberately set, RCMP say.

On Tuesday, Cpl. Craig Douglass said investigators are treating the blaze as arson and one individual has already been arrested and released without charge, pending further investigation.

Additionally, the Prince George RCMP's Serious Crime Unit has opened a criminal negligence investigation following reports from motel guests that no motel alarms went off alerting them to the fire, which started just before 9 am PT July 8.

The B.C. Coroner's Service continues to investigate the exact time and cause of death of the victims found inside the motel, hours after the fire began.

Guests at the downtown Prince George Econo Lodge said it was screams, rather than alarms, that alerted them to danger when the fire broke out.

"We went to open the door and there was just flames billowing into the space," Hannah Arthur Roberts told CBC the day of the fire. "We heard some kids screaming ... but there was no fire alarms going off."

In an interview with CBC Radio's Daybreak North, Ingrid Jarrett of the B.C. Hotel Association said all short-term lodging in B.C. is subject to regular inspections to ensure fire safety measures are in place.

"A loss of life is always a tragedy," she said. "I don't know any of the specifics of this motel, but I can offer my most sincere condolences."

In a separate interview, Prince George mayor Lyn Hall said there were no previous concerns about the Econo Lodge, and that it had recently been upgraded.

Information about victims not being shared publicly

As of Tuesday, RCMP investigators had turned the fire scene over to the insurer. A private security firm is stationed at the motel, and the smell of smoke still lingers in the air around the building. 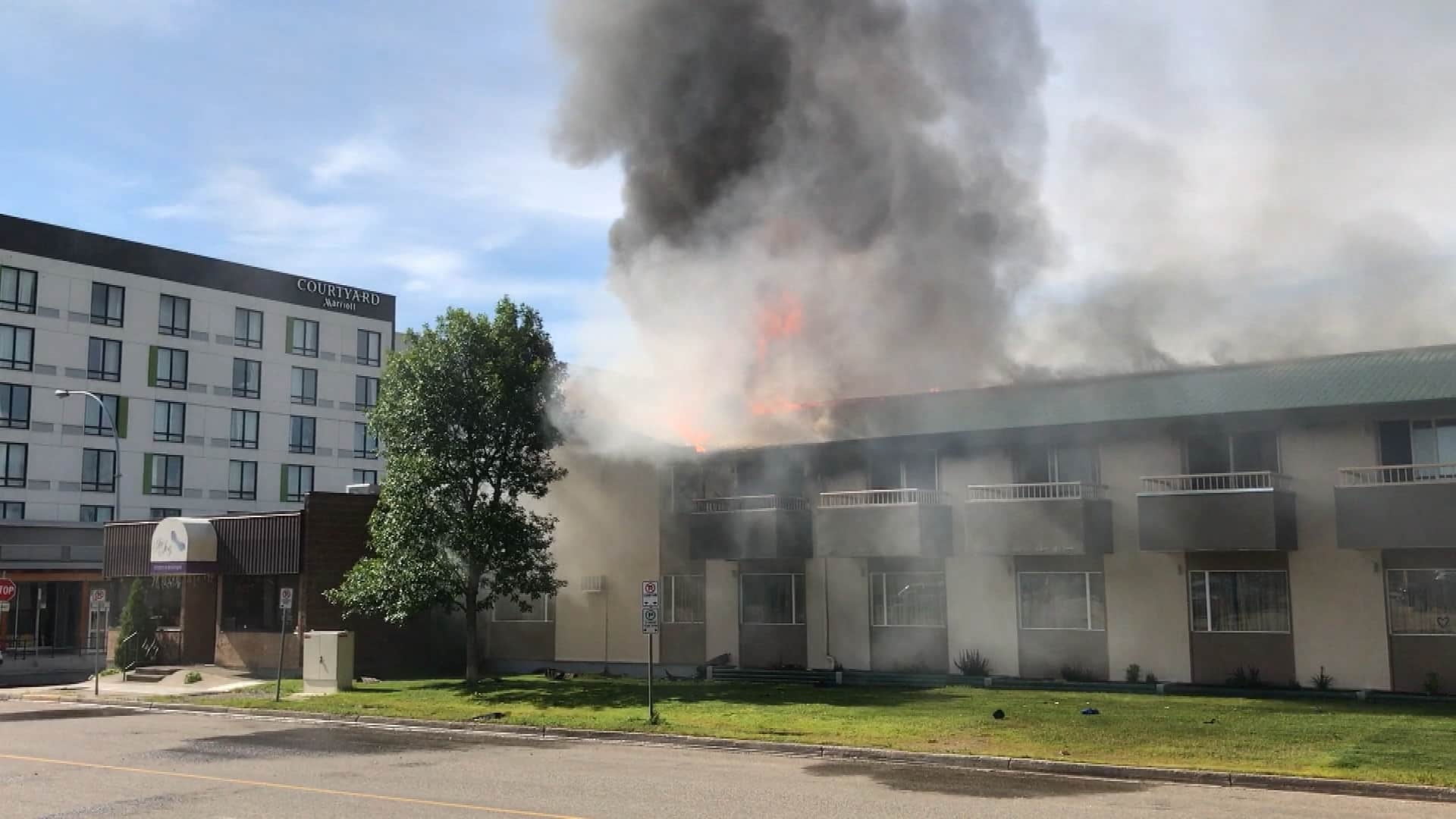