Danny Ramadan describes leaving civil war and discrimination behind in Syria, and building a new life in Vancouver.

Ramadan and his partner came to Vancouver in September 2014 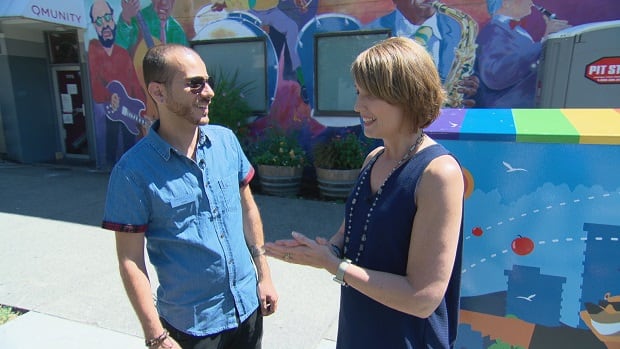 Danny Ramadan talks about coming to Vancouver; coming out in Syria.

6 years ago
4:28
Gloria interviews Danny Ramadan about coming to Vancouver, being gay in Syria, and the difference between Pride here, and Pride in Istanbul. 4:28

A refugee who escaped from civil war and homophobia in Syria is celebrating his first Pride festival in Canada this weekend.

"I came out of the closet when I was seventeen to my family, and that's something that never actually happens in Syria," Ramadan told Our Vancouver host Gloria Macarenko.

"Most gay people remain in the closet."

Ramadan was an LGBT activist in Syria, but fled the country during the civil war in 2011. He lived as a refugee in Lebanon before coming to Vancouver with his partner in September 2014.

Ramadan, who is a writer and former journalist, now works as a volunteer coordinator for Qmunity, B.C.'s queer resource centre.

In the video above, he tells Gloria Macarenko about his journey and what his first Vancouver Pride means to him.