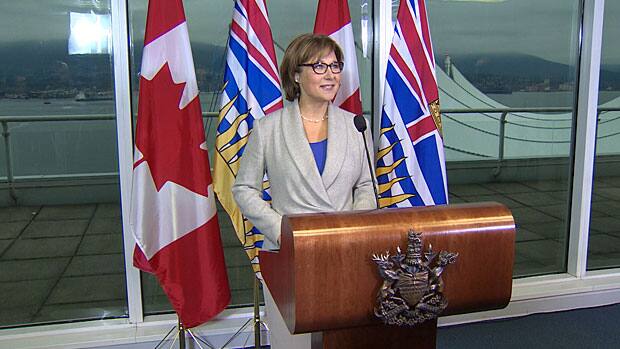 Clark says she will ask the Liberal members of the auditor general's selection committee to ask Doyle to stay on.

"It's my hope and I have communicated this to the B.C. Liberal members on the committee that they will extend an offer to Mr. Doyle to stay on two more years in his term."

Clark also said she wants to improve the way auditors general are appointed with new legislation that will be introduced in February, extending the term to eight years, but with no possibility of a second term in the future.

Doyle was a sharp critic of the government during his six-year term, but Clark said it was natural that some tension exists between the auditor general and the government.

The premier said she was making the move because she did not want it to appear that politics was interfering with Doyle's position so close to an election.

"The people of British Columbia need to have confidence that the right person is being selected for the right reasons, and that that process stands untainted by political agendas. And that doesn't just have to be true, it has to be seen to be true," said Clark.

The NDP's Caucus chair, Shane Simpson says, despite Clark's claims, this is all about politics.

"It does seem like it's a damage control issue in many ways, of her trying to clean up a mess that they created by not re-appointing Mr. Doyle at the outset."

The Special Committee to Appoint an Auditor General met on Wednesday after the premier spoke, but the chair, Liberal MLA Eric Foster, said no decision has been made yet on Doyle's reappointment.

When contacted by CBC News, AG John Doyle said he could not comment on the issued because nobody has asked him to stay on yet.

The committee is made up of three Liberal and two NDP MLAs. Chair Eric Foster's office renovation was recently the subject of an investigation by Doyle.