Thousands of people gathered in Terry Fox’s hometown of Port Coquitlam, B.C., to take part in the 33rd annual run in his honour on Sunday. 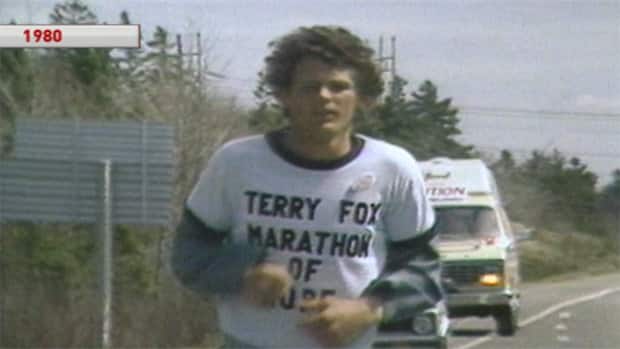 Thousands of people gathered in Terry Fox’s hometown of Port Coquitlam, B.C., to take part in the 33rd annual run in his honour on Sunday.

Participants had the option of choosing between a 2.5, six and 10 km, run, walk, roller blade or bike.

Similar events were held across Canada this weekend but in Port Coquitlam, Fox is known as the hometown hero whose Marathon of Hope began and ended with his death 32 years ago.

"Every time I come to Port Coquitlam, I feel like I'm coming home," said Fox's father, Rolly, who was at the event on Sunday.

"This is where our children were raised and went to school. I'm very proud to be here in Port Coquitlam for the hometown run."

The 21-year-old Fox was battling bone cancer when he began his Marathon of Hope in 1980.

He ran the equivalent of a marathon per day for 143 days, making his way across the Atlantic provinces as well as Ontario and Quebec before he was forced to stop in Thunder Bay, Ont., when cancer spread to his lungs.

Fox died months later at the age of 22 after raising more than $22 million for cancer research.

On Sunday, Rolly Fox was humble about his son's extraordinary achievements.

"He was no different from any other child his age," he said. "I  would say he was brought up strict and that's the way it should be. As you know, all our children grew up to be pretty good kids."

To date, the Terry Fox Foundation has raised more than $600 million.