A judge has ruled against a constitutional challenge of Canada's polygamy laws brought by Winston Blackmore and James Oler.

A judge in British Columbia has ruled that Canada's polygamy laws are constitutional, rejecting the argument from two B.C. polygamists who claimed the law violated their charter rights.

Winston Blackmore and James Oler were found guilty of having multiple wives in B.C. Supreme Court last July. They returned to court to argue their convictions were null because the law itself was unconstitutional under the Charter of Rights and Freedoms.

On Friday, B.C. Supreme Court Justice Sheri Ann Donegan rejected the argument, stating that Blackmore and Oler considered their lifestyles above the law when they continued to marry women in Bountiful, B.C.

Blackmore and Oler showed little emotion as the judgment was read. About a dozen of Blackmore's daughters were in attendance in the Cranbrook courtroom. 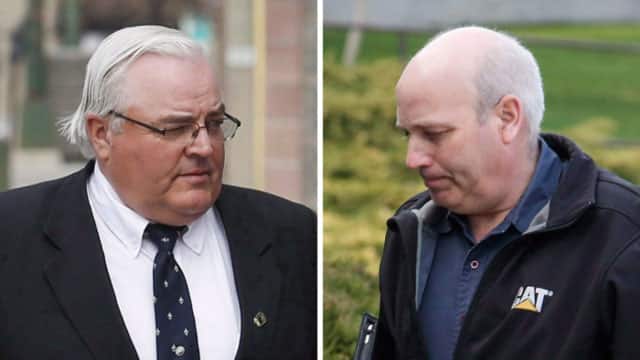 Both men are former bishops in the small fundamentalist Mormon community located in southeastern B.C. They argue that polygamy law infringes on their charter rights to freedom of religion and expression.

"I'm guilty of living my religion and that's all I'm saying today because I've never denied that," Blackmore told reporters after the last year's guilty verdict.

Both men are the first in modern Canadian history to be convicted of polygamy. They will now be sentenced barring further appeals, although there is no precedent in Canadian law.

In December, Blackmore argued that he believed he was allowed to practise polygamy because he wasn't charged when police investigated allegations about his multiple wives in the 1990s.

His lawyer, Blaire Suffredine, argued that the unions were never legal marriages, but common-law relationships sanctioned by Blackmore's church, and carry no legal weight.

Special prosecutor Peter Wilson argued Blackmore was always at risk of prosecution, even though Canada's polygamy laws have in the past been constitutionally vague.

Wilson said the B.C. Supreme Court has already ruled that it is not unconstitutional to charge someone with polygamy, as noted in a 2011 reference case.

With files from CBC's Bob Keating and The Canadian Press