A Metro Vancouver municipal task force has reached a decision on how to improve the Massey Tunnel crossing and while the NDP prepares to push it ahead, the B.C. Liberal Party is calling the plan a fiasco in the making.

Metro Vancouver leaders have made their recommendation on how to improve the George Massey Tunnel crossing and it is not sitting well with the official opposition party.

Members of a Metro Vancouver task force have chosen an eight-lane immersed-tube tunnel as the preferred option to reduce the bottleneck on the Fraser River crossing between Richmond and Delta.

An immersed tube is an underwater tunnel composed of segments constructed elsewhere and floated to the tunnel site to be sunk into place and then linked together. The 629-metre long George Massey Tunnel, opened in 1959 by Queen Elizabeth II, was the first project in North America to use immersed tube technology.

The previous Liberal government started preliminary work on a 10-lane bridge while in government, but the New Democrats cancelled that $3.5 billion project after they were elected.

Now, B.C. Liberal Leader Andrew Wilkinson is arguing the NDP cancelled the bridge "because it connected four Liberal ridings with four other Liberal ridings" and are now supporting a plan that has no clear price tag.

"We have no clue what this will cost," said Wilkinson on CBC's The Early Edition. He said the Liberals had a deal in hand and the decision to toss it out meant $80 million already invested in the project was "thrown down the drain" by the NDP.

"I think it's a really sad day for British Columbia," said Wilkinson.

Meanwhile, the mayor of Delta, who previously supported the bridge plan, is now backing the tunnel.

Transportation Minister Claire Trevena said the cost estimate for the eight-lane tunnel is between $3.5 and $5 billion and some of that money is likely to come from Ottawa, as both the federal Liberal and Conservative parties have promised to pitch in if elected in October.

She argued on The Early Edition the only way the B.C. Liberals were going to be able to finance their plan was by tolling bridge users.

"This is a major step forward," said Trevena about the tunnel.

She said the previous government ignored what local communities and regional growth planners wanted, and she called the 10-lane bridge an "overbuild".

But Wilkinson argued a bridge would be less of an environmental risk than digging what he called a "huge ditch" across the middle of the Fraser River.

He said the immersed-tube tunnel poses a great risk to the Fraser River salmon population, calling the plan an "environmental fiasco in the making."

"We are not going to continue revisiting and revisiting," said Trevena, adding the province will start working on the practicalities and hopes to have a business case for the tunnel ready in 2020.

According to the ministry, the immersed tube tunnel option has the lowest long term environmental impact of all plans considered.

The only person on the task force to vote against the tunnel was Chief Ken Baird of the Tsawwassen First Nation, who said the nation has concerns about the impact of the project on the environment.

"Tsawwassen people, we live off the salmon and we live off the seafood of the Salish Sea and the mighty Fraser River," he said. "We are fearful of the negative impacts the other options will have on the Fraser."

Baird said the nation also supported the Liberal plan for a 10-lane bridge because it was the quickest option to complete. 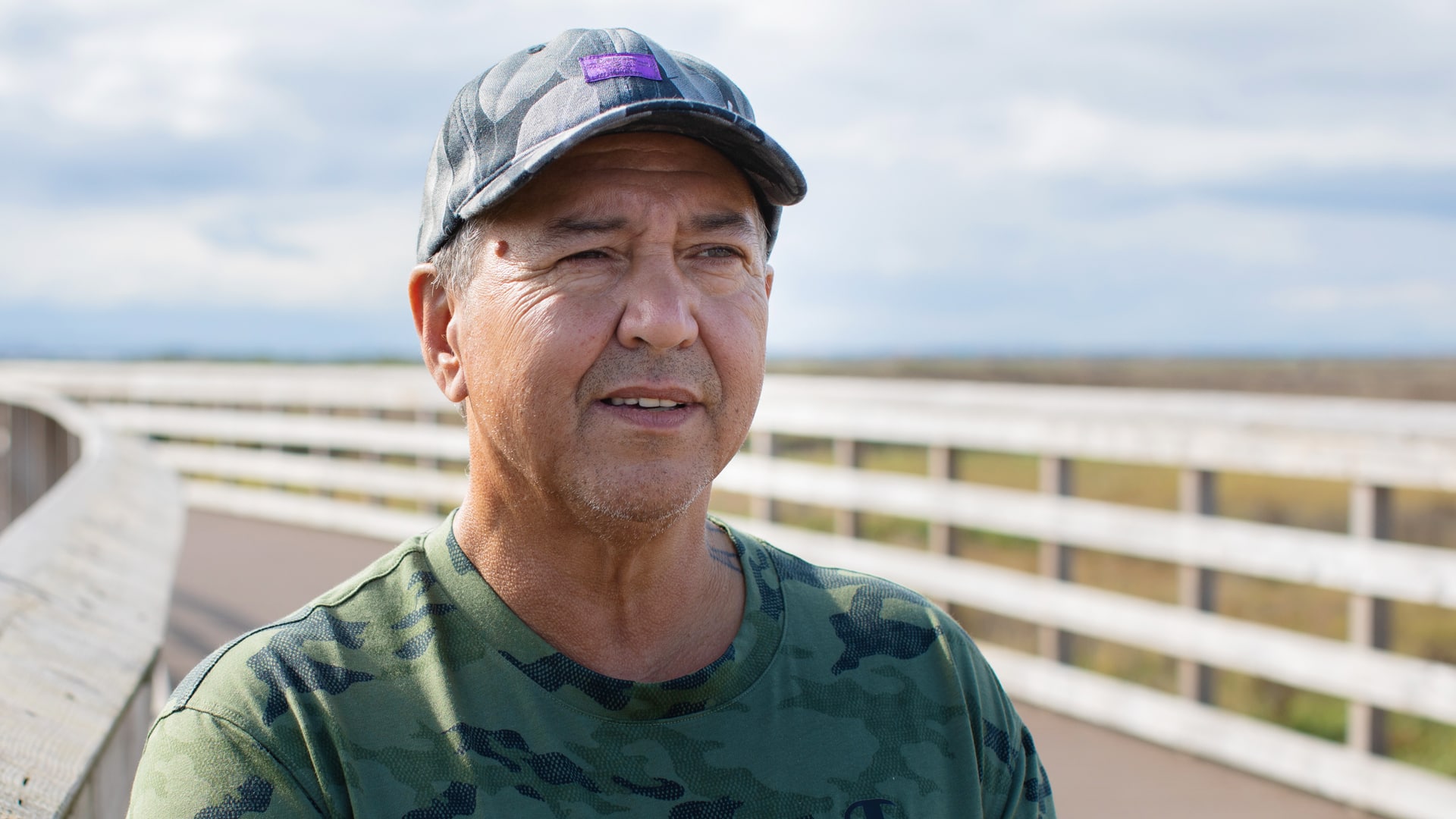 1 year ago
2:22
Chief Ken Baird of the Tsawwassen First Nation says building a new tunnel in the Fraser River could have lasting impacts on his community if not done properly. 2:22

Erik Eberhard, a geological engineering professor at the University of British Columbia, says the immersed tunnel is the most economical option of the six the task force was considering.

Eberhard said the recommended option will mean construction crews can work on multiple parts of the tunnel at the same time, making it quicker to construct than some of the other suggestions. But, he warns, it could prevent larger ships from passing by in the future.

"It basically sits buried in the river bed so you sort of limit yourself in terms of wanting to deepen the river," said Eberhard.

Green-lit by the Greens

According to Weaver, the previous Liberal government had plans to create a large coal export facility at the Fraser Surrey Docks along the river, as well as export liquid natural gas from there, and to do that they would need to dredge the river to accommodate the bigger vessels.

"If he actually cared about the environment," said Weaver about Wilkinson,"he would recognize that one of the biggest impediments to the environment would be the passage of larger ships."

Weaver called the Liberal's bridge plan a "political stunt" during an election campaign and the new plan "a much more reasonable approach" that reflects local interests and, unlike a bridge, will not encroach on agricultural land.

Delta Mayor George Harvie, who a year ago supported the Liberal's bridge plan, is now throwing his support behind the tunnel option.

He said after listening to the concerns of the other mayors, and Delta residents, he realized a tunnel was more suitable to their needs.

"When you work with the regions, you have to work in consensus," said Harvie on The Early Edition Friday.

Harvie said a bridge would cause severe shadowing, noise and visual problems for a new community currently being developed on city's north side.

"I won't turn my back on the Delta residents there," he said.

The mayor expects the province to conduct a rigorous environmental assessment of the project and said the City of Delta will be involved in that process.

With files from The Early Edition, Justin McElroy and Estefania Duran