The owner of a pit bull that was stabbed to death at Vancouver's Kitsilano Beach on Wednesday has defended the dog, saying she was brutally and unfairly killed.

'She wasn't a monster ... This didn't need to happen,' says Pandora's owner 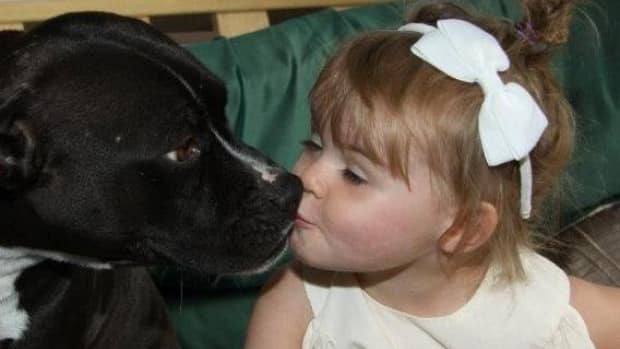 Whose fault was pit bull stabbing?

The owner of a pit bull that was stabbed to death by a senior when it attacked his pet pug on Vancouver's Kitsilano Beach Wednesday is defending the dog, saying it was brutally and unfairly killed.

According to reports, six-year-old pit bull Pandora came into contact with the pug in an on-leash area of the seaside park on Vancouver's Westside on Wednesday afternoon.

The pit bull bit the smaller dog. The pug's 72-year-old owner pulled out a folding knife he was carrying and stabbed the pit bull, killing it.

'This didn't need to happen'

Speaking to the CBC's Ian Hanomansing, Pandora's owner Samantha Fairbridge said her roommate Lyndsey was walking the pit bull on-leash when the pug ran up off-leash and began barking.

"Pandora responded by biting the pug on the ear," said Fairbridge, in contrast to earlier reports which claimed the pit bull had its jaws clamped down on the pug's neck.

Fairbridge said the pug's owner began stabbing Pandora immediately, without trying to break the dogs up, while swearing and saying, 'You ... bitch, you deserve to die'.

Fairbridge said the man continued to stab the pit bull even after the dog had fallen to the ground. He then fled the scene, she said, and had to be chased down by police.

She told CBC News she wants people to understand that Pandora never showed aggression towards people — and was even commonly mistaken for a puppy.

"People automatically assume that I am evil, that pit bulls are evil, that my dog was evil," said Fairbridge. "But it could easily have been prevented.

"She wasn't a monster ... My dog was a wonderful dog, she was my best friend. This didn't need to happen."

Earlier today, Fairbridge's sister Amy posted an open letter on Facebook to defend pit bull Pandora, saying the pug was not on a leash — in violation of the park rules — and was not under its owner's control.

In her Facebook post, Amy also alleges that the pug's owner screamed, "You hurt my dog. You deserve to die."

"And then he took out a knife and repeatedly stabbed Pandora until she died. And as Pandora lay their [sic] lifeless, this old man fled the scene with his dog in an SUV," writes Amy in the letter.

Sister Samantha corroborated Amy's post, commenting at length underneath the letter with the details as she understood them.

"After the first stab wound, after Pandora lay on the ground in pain, this old man continued his brutal attack. He shouted profanity, as he stabbed her over and over again, calling Pandora a bitch, saying that she deserves to die."

The sisters went on to say Pandora had never been aggressive or attacked before and they often let her play with Amy's four-year-old daughter without concern.

Police say they have spoken to both owners and are not considering any charges in the incident. The SPCA says it will perform a necropsy on the pit bull to determine if it suffered when it died.

The pug's owner could not be reached for comment.