Dozens of protesters showing solidarity for Wet'suwet'en hereditary chiefs opposed to the construction of a pipeline through their traditional territory held low-key rallies outside government buildings in Victoria on Friday.

Protesters rallied peacefully outside a number of government buildings in Victoria on Friday as an injunction barring people from blocking access, roadways and doors to the B.C. Legislature came into effect.

Supporters of the Wet'suwet'en hereditary chiefs who oppose the construction of the Coastal GasLink pipeline through their traditional territory in northern B.C. had pledged to disrupt government operations across the provincial capital.

Gatherings witnessed by CBC reporters at about a dozen separate locations were low key, with protesters holding signs and banners while chanting, singing and waving at passing cars.

An estimated 30 sites were targeted by the protest groups, which ranged in size from 20 to 100 people. 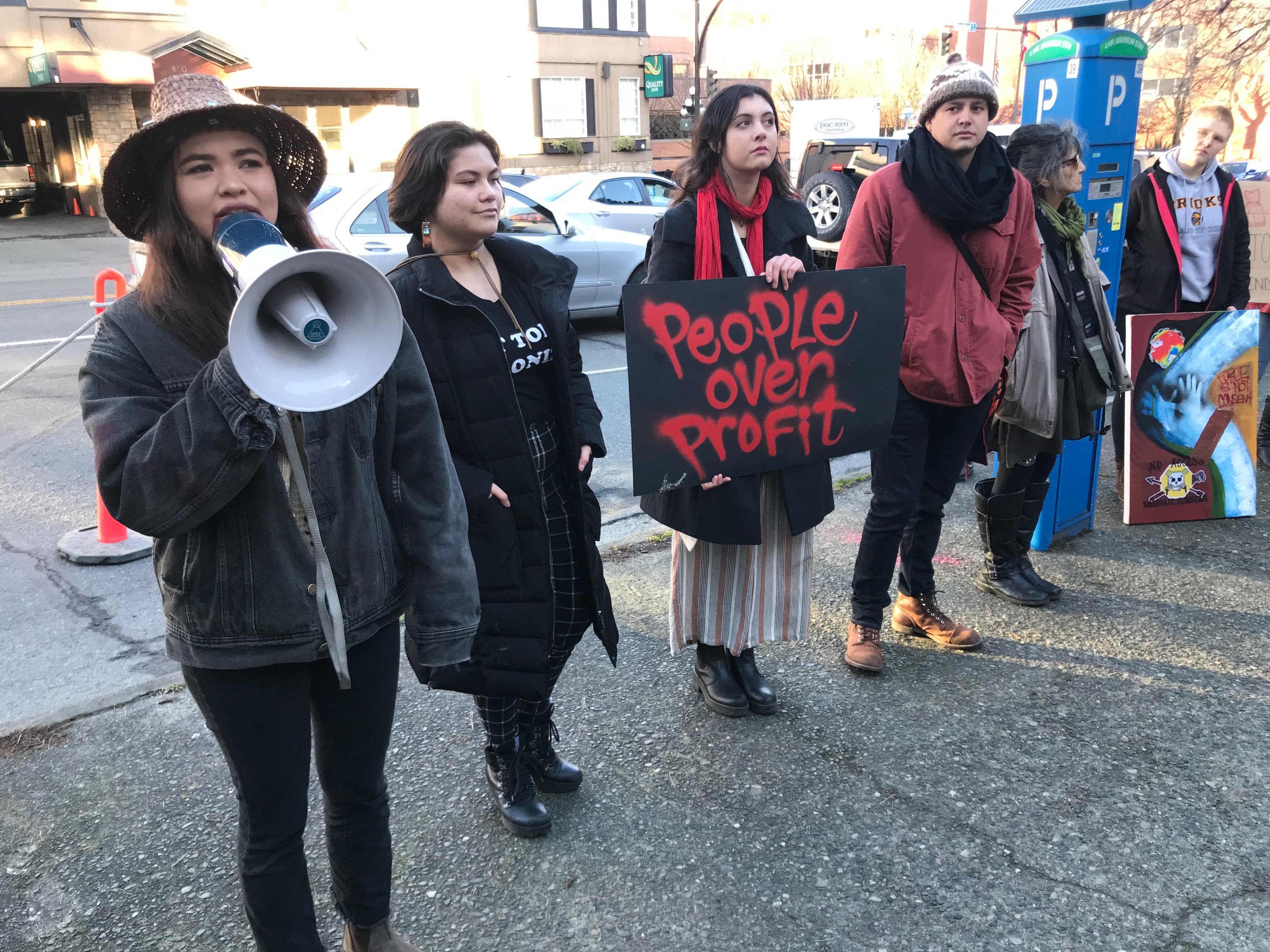 "It's not at all an adversarial picket," said Merner. "It's a friendly picket."

Gloria Filax travelled from Gabriola Island to Victoria to support the Wet'suwet'en chiefs.

"I just think there's a critical mass of things happening and issues coming together,'' she said outside the Ministry of
Environment building. "It's about reconciliation and the disappointment in what our provincial and federal governments are not doing.''

Victoria police say the protest ended in the early afternoon.

Today's action was in contrast to Tuesday's protest, when dozens of people blocked the entrances to the legislature for the throne speech and launch of the Legislative Assembly's spring session.

Workers in the buildings appeared to be coming and going as normal today, although it also appeared many elected to stay home. Only a handful of protesters were seen on the grounds of the legislature buildings.

The legislature injunction order was granted Thursday in B.C. Supreme Court in response to an application from Speaker of the House Darryl Plecas.

The order gives the officers who provide security at the legislature the power to arrest and remove anyone who is "interfering, disturbing or disrupting … [the legislature's] business ... and proper functioning," including on public roads.

The injunction does not cover other government buildings in the Victoria area.

Before the injunction was issued, activists said they would attempt to shut down the bulk of the provincial civil service for the day, but promised the protests would be peaceful.