Opponents of a proposal to expand the Fraser Surrey Docks coal terminal presented Surrey city council with a petition on Monday afternoon that calls for broad human health studies to be conducted before a final decision is made on the project. 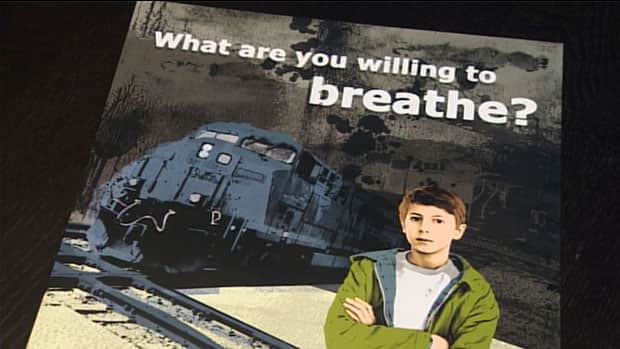 7 years agoVideo
2:30
While Surrey is being petitioned, the decision is up to the feds 2:30

Opponents of a proposal to expand the Fraser Surrey Docks coal terminal presented Surrey city council with a petition on Monday afternoon that calls for broad human health studies to be conducted before a final decision is made on the project.

Paula Williams, organizer of a group called Communities and Coal, says that over the past three months, more than 11,000 people signed the anti-expansion petition.

Williams says that it’s not necessarily coal dust that her group opposes, but diesel particles from the train engines hauling coal to the terminal on the Fraser River.

“It gets into the deepest parts of your lungs and into your bloodstream,” she says.

Port Metro Vancouver already decided in September that Fraser Surrey Docks would complete an environmental impact assessment, but Williams and her group want a comprehensive human health study done before any decisions are made.

“A comprehensive health impact assessment will look at human beings and how this will affect them.”

The proposed $15 million dollar expansion would see the coal transfer facility handle about four million metric tonnes of coal from the U.S. annually, moving the commodity from trains to cargo tankers for shipment to Asia.

Port Metro Vancouver was supposed to decide on the fate of the expansion in September, but postponed the decision following public outcries that more information regarding the project’s environmental impacts is completed.

The chair of Surrey's Environment Committee, Bruce Hayne, has indicated that he is inclined to say no to the proposed expansion at the time, telling CBC News the project could compromise communities near the Fraser River.

"They're saying that it will bring about 30 jobs for the port, with the coal expansion.  And 30 jobs compared to the communities like Crescent Beach and the rest of Surrey just doesn't add up to me."

On Sunday, 300 people rallied in New Westminster to protest the proposed expansion.

Port Metro Vancouver says they are trying to address all stakeholder concerns, but that the final decision ultimately rests in their hands.