Peter Louw, 83, wanted to thank Canadians for the kindness they've shown his family.

Peter Louw, 83, wanted to thank Canadians for the kindness they've shown his family 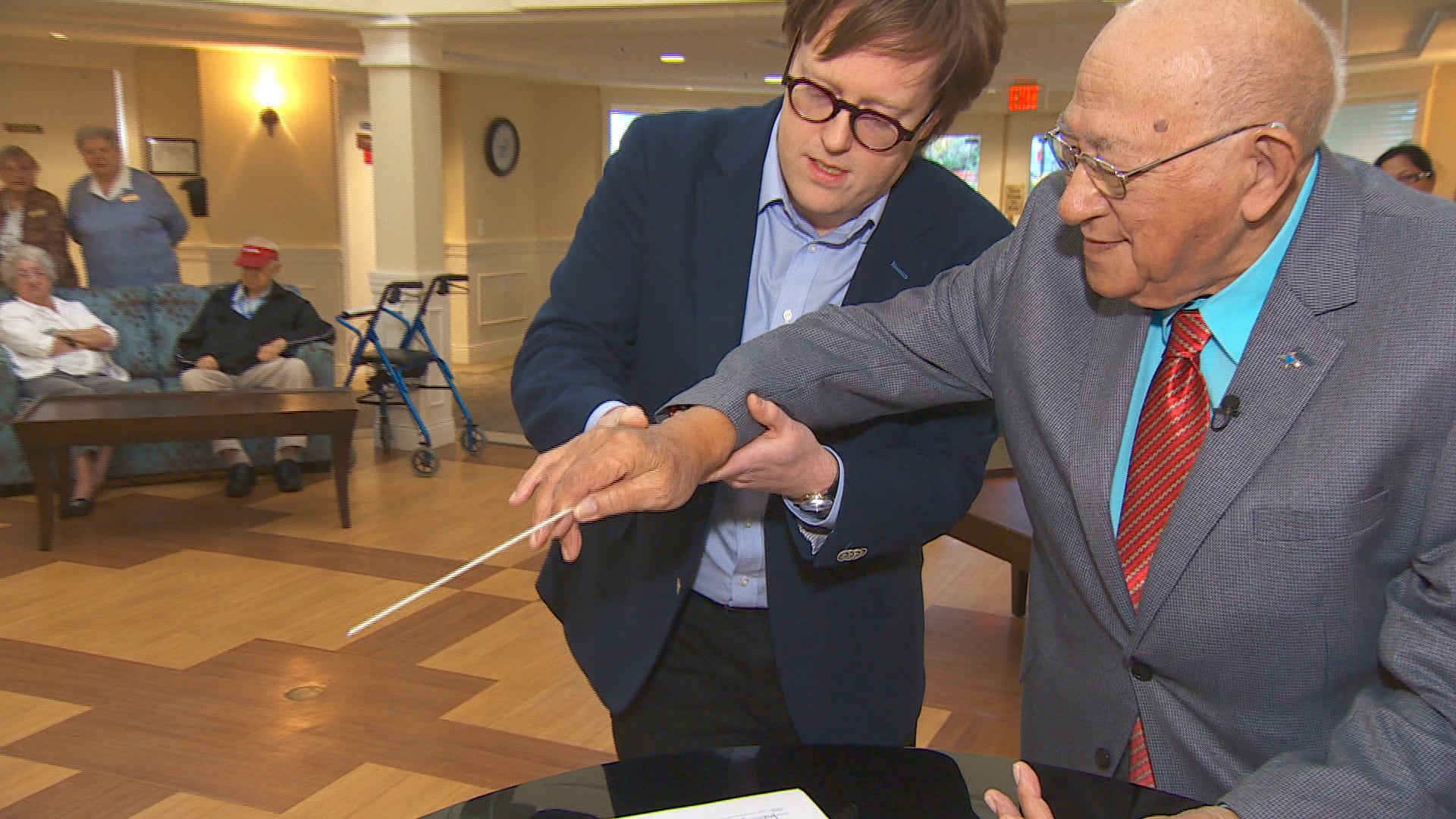 4 years agoVideo
7:07
An 83 year-old immigrant is granted a chance to conduct an orchestra, having been denied the opportunity in his homeland 7:07

Peter Louw recently had a big meeting with some musicians from the University of British Columbia.

The senior was going to learn how to conduct an orchestra — a dream over 50 years in the making.

Louw was born in Cape Town, South Africa in 1933. He often listened to the orchestra as a child, dreaming of the day he could be a part of the show.

However, in 1948, South Africa fell under an apartheid government and race-based laws were enacted.

Whites were segregated from other races, and opportunities for non-whites were stripped away.

That meant Louw, who is of mixed descent, wasn't allowed to join the orchestra like he'd always wanted.

Eventually, he and his wife Millie decided to move to Canada, not wanting to raise their two sons under the apartheid's rules.

The family eventually settled in Chilliwack, and Louw became a teacher after studying education at UBC.

His dream of joining the orchestra never faded.

"I used to conduct the flowers in my garden," Louw told CBC's The National. "I loved the music so much."

Fast forward nearly 50 years, and Louw now lives in a Surrey, B.C. retirement home. The centre partners with the non-profit "Wish of a Lifetime" organization that works to help seniors achieve their goals.

Staff asked Louw what he wanted to accomplish more than anything, and he asked to lead an an orchestra through a performance of O Canada.

He said it would be his way of thanking Canadians for the kindness they've shown to his family since they touched down nearly 50 years ago.

The organization contacted UBC and the university arranged to have Louw come lead its 110-member student orchestra during a rehearsal on Nov. 29.

UBC's Jonathan Girard and Stephen Chapman — a conductor and a composer, respectively — donated their time to give the senior a quick conducting lesson at Louw's home a few days before the show.

"It's not every day you make a wish and strangers put in the time and effort to make it come true," Louw said.

Then came show day at UBC's Chan Centre for the Performing Arts.

"I've dreamt about this for a long time," the senior said just before the performance. "It's wonderful to bring this to fruition."

Before they got started, Louw told the students how an immigration officer first welcomed him to his new home.

"[He said,] 'Forget about the past. You're in Canada now and you're free to live and enjoy yourself.'

In the end, O Canada with the UBC Symphony Orchestra went off without a hitch — even if the conductor's tempo may have been a touch slow.

When Gerard asked him how it went?

With files from Chris Brown and Chris Corday