A B.C. doctor has upped the ante in his ongoing fight over what the provincial government calls extra billing, but what he calls unacceptable delays for health care. 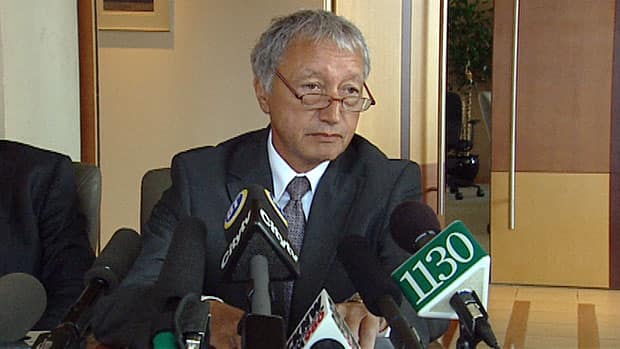 A B.C. doctor has upped the ante in his ongoing fight over what the provincial government calls extra billing, but what he calls unacceptable delays for health care.

Day filed an amended lawsuit Tuesday against B.C's health minister and the attorney general. The original suit was launched in mid-July after the medical services commission announced an audit had found 205 incidents where the Cambie Surgery Centre violated the Medical Protection Act by billing for services covered by medicare.

"Where the public system fails to deliver adequate care, the denial of private insurance subjects people to long waiting lists and negatively affects their health and security of the person," Day said Tuesday.

"The government contends that this is necessary in order to preserve the public health system. The evidence, however, belies that contention."

The health ministry said in a statement that the government sympathizes with patients and families struggling with illness, but that the B.C. health-care system provides appropriate treatment as soon as possible.

"When a physician determines that a patient has an urgent clinical need, the patient does not wait for surgery," the statement read.

"In fact, more than half of all surgeries in B.C. never appear on a waitlist and there are no doubt thousands of patients who would attest to the excellent care they have received."

On July 18, Tom Vincent, chairman of the medical services commission, ordered an immediate halt to the extra-billing practice and said he would seek a court injunction if it did not stop within 30 days.

The 205 bills that were in violation of B.C.'s health care policy totalled almost $500,000, but the commission has no power to impose financial penalties or recover funds from the clinics, Vincent said.

Day insists that patients have the right to receive and pay for health services as they wish, rather than endure wait lists, and he has vowed to fight the matter all the way to the Supreme Court of Canada.

He introduced the four patients joining the case Tuesday, saying each has suffered as a result of B.C. laws that prevented them from seeking care privately.

The patients range from a teenager to a 79-year-old, both of whom were unhappy with the slow response they were getting from the provincial health system, prompting them to turn to Day's clinic.

"In a free and democratic society, patients should not have to sue for access," Day said in a statement.

"We reject assertions that it is somehow unethical or immoral to use one's own funds to care for one's health."