Patient's medical marijuana juice to dry up under new law

A lawyer from Abbotsford, B.C., was in Federal Court Tuesday morning seeking a last-minute reprieve for medical marijuana users who say they need to be able to grow their own pot at home. 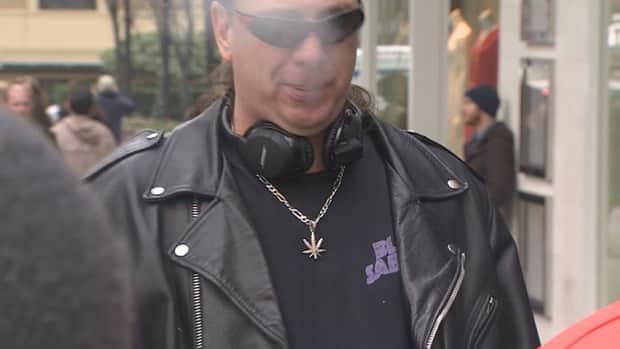 7 years ago
2:08
Lawyer fighting for rights of users to grow their own marijuana 2:08

A lawyer from Abbotsford, B.C., was in Federal Court Tuesday morning seeking a last-minute reprieve for medical marijuana users who say they need to be able to grow their own pot at home.

Health Canada is bringing sweeping changes to the medical marijuana licensing system at the end of the month.

Patients are being told they will have to destroy their own plants before April 1 and start buying their medicine from newly licensed medical marijuana businesses.

Lawyer John Conroy, who is bringing the challenge to court, said Health Canada's pronouncements are a violation of a patient's basic rights under the Charter of Rights and Freedoms.

We're not dirty hippies … we're sick people who have found a medicine that works for them.- Sita von Windheim

"If the patient can't afford the medicine at the prices under the program that's being produced, then they're placed in a position where they have to choose between their liberty and their health," he said.

Conroy is asking for a trial on the issue, but in the meantime patients like Sarina Auriel and Sita von Windheim — who are not plaintiffs in Conroy's case — are worried about what will happens in two weeks.

"For me, April 1st is the day that the government shows that they really don't care about patients in B.C. and across Canada," Auriel told CBC News.

"This March 31st day is like doomsday for so many patients," said von Windheim.

From whole plant, to bit-solution

Von Windheim said she will have to throw out her garden and won't be able to use the plants as she sees fit — which includes juicing them.

Instead, she'll have to order dried pot from licensed suppliers, which are only allowed to produce dried flower tops.

"For some people those are completely useless," she said.

Von Windheim is not optimistic that the changes coming into effect in April will let her continue to manage her chronic back pain and inflammation in a healthy way.

Since the case is before the courts, the federal government declined to comment for this story.

But the government has filed a statement of defence saying that grow-ops in houses lead to safety problems such as fire hazards and mould.

The government also argues that home-based grow-ops put people at risk of home invasions — meaning attempted robberies like the one this past weekend at a licensed medical marijuana grow-op in Langley, B.C.

A judge is expected to make a ruling on the proposed injunction on Friday.

With files from the CBC's Catherine Rolfsen