Elders at a long-term care facility in Surrey, B.C., are making spirits bright with a Christmas album instead of their annual holiday variety show.

Elders at a long-term care facility in Surrey, B.C., are making spirits bright with an in-house Christmas album, a twist on their usual December programming.

At this time of year, residents of Kinsmen Lodge would usually be preparing for a live holiday performance with singing, dancing and comedy. That wasn't possible due to the pandemic, but staff still wanted to make sure they could spread some holiday cheer and have a party fit for the times.

Pandemic Party was born — a holiday album with songs sung by seniors, including classics like Wouldn't It Be Nice, Button Up Your Overcoat and Swinging On A Star.

One of its stars, George Good, 77, joined CBC's The Early Edition to explain the process and share his rendition of Louis Armstrong's What A Wonderful World.

A little shy at his radio debut, Good told CBC's Stephen Quinn he "panicked" when he was asked to be part of the album.

"Well, I didn't think my voice was any good so I was surprised that anybody wanted me to sing," he said. 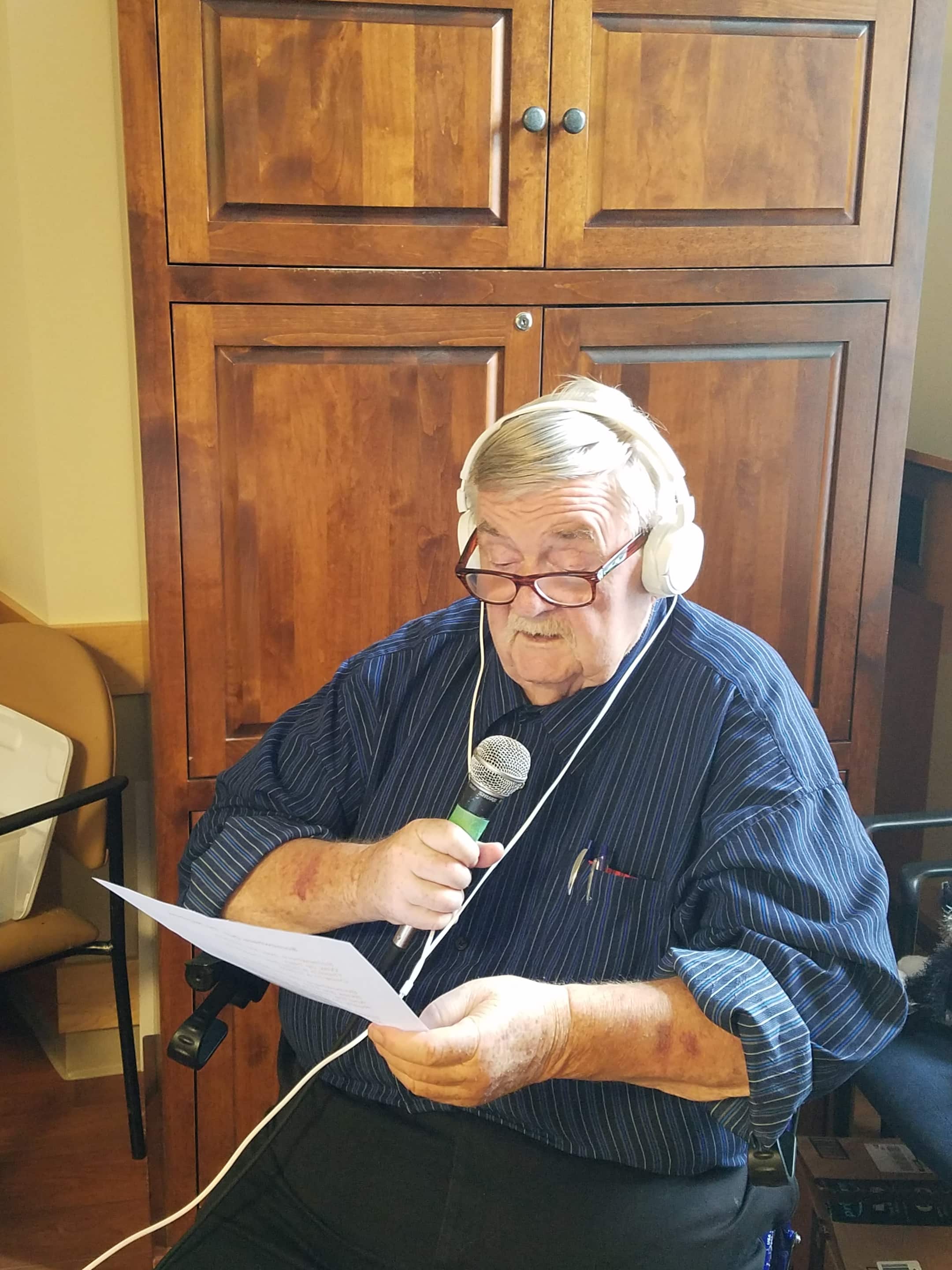 Listen to George Good's rendition of What A Wonderful World

1 month agoVideo
3:11
Good, 77, says participating in the Kinsmen Lodge Christmas album was a lot of fun. 3:11

Good said it was a fun activity that brightened an otherwise difficult year, although he says he probably won't be singing for the masses again.

Sheila Harry, a music therapist at the lodge, said creating the album brought joy to everyone involved.

Parts of the album were recorded in a chapel turned makeshift recording studio. Staff also created a mobile recording studio with a microphone and laptop on a cart to bring to elders in their rooms.

Individuals or small groups took turns and then staff cut it all together.

"We learned a heck of a lot about editing," Harry said.

It's a project that brought "tender tears, big belly laughs as well as a renewed purpose and sense of pride," the facility said on its Facebook page.

"Gentleness, humour, strength and a deep capacity for love are only a few of the attributes that shine through the melodies," it said.

The lodge is selling Pandemic Party CDs by donation, with proceeds going to its Sunshine Fund — an initiative to enhance care and comfort for residents.

Harry says she's proud to have been part of something that brought everyone together in a difficult year and shone a spotlight on the many talents of the residents.

"In some ways, it's the best of times because I've gotten really close with a lot of people because we're here and we're it, in a way. The family can't come in in the same way. It's been hard, it's been challenging. It's been hard to see the hardship," she said.