Panamanian law firm Mossack Fonseca created an offshore company for notorious Vancouver billionaire David Ho, even though he was facing criminal charges involving drugs, guns and unlawful confinement of a prostitute, saying, 'This is not a criminal case related to economic crimes,' the Panama Papers reveal. 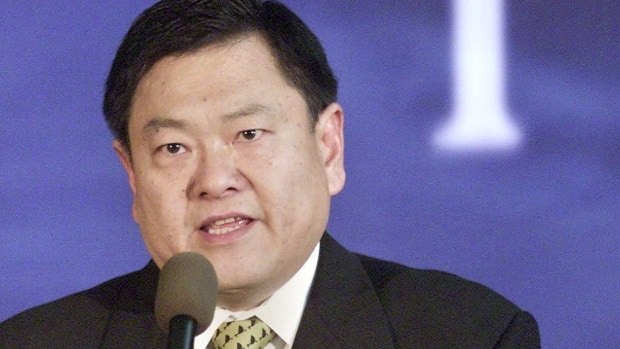 4 years ago
1:47
Panamanian law firm Mossack Fonseca created an offshore company for Vancouver billionaire David Ho even though he was facing criminal charges 1:47

Panamanian law firm Mossack Fonseca created an offshore company for notorious Vancouver billionaire David Ho, even though he was facing criminal charges involving drugs, guns and unlawful confinement of a prostitute, saying "this is not a criminal case related to economic crimes," the Panama Papers reveal.

The incorporation of Ho's company is among several that raise questions about the firm's willingness to overlook red flags for its wealthiest customers, according to a joint investigation by the CBC and the Toronto Star, who have exclusive Canadian access to documents in the Panama Papers.

Emails and documents about Ho are among the 11.5 million documents leaked from the international law firm, prompting a worldwide debate over the secretive world of offshore tax havens.

Ho made international headlines in 2009 when he was charged with unlawfully confining a prostitute in his Vancouver mansion where police found a loaded, unregistered handgun and 13 grams of cocaine.

Three years later Mossack Fonseca had to decide whether to do business with Ho, who wanted to incorporate Harmonyworld Investment Co. Ltd. in an offshore tax haven.

Ho, grandson of a Chinese tobacco tycoon, became a Canadian citizen in 1986. He founded the now-defunct Harmony Airways, was named "Businessman of the Year" by the Vancouver Junior Board of Trade, and has extensive business holdings in Asia, the U.S. and Canada, including the University Golf Club at the University of British Columbia.

Mossack Fonseca has stated that it will "routinely deny services to individuals who are compromised … or when we identify other red flags."

Yet, David Ho made it through the screening process.

Mossack Fonseca's correspondence also reveals that Ho was considered a "politically exposed person" (PEP) because he was listed as honorary consul for Seychelles and was from a prominent family in China.

The company has stated, "As per our risk-based approach, PEPs are considered to be high-risk individuals. PEPs do not have to be rejected just for being so; it is just a matter of proper risk analysis and administration to perform enhanced due diligence on them."

But Mossack Fonseca's Shanghai promoter, Jenna Qiu, who represented Ho, appears to have downplayed the significance of his designation as a PEP to her Panama bosses.

"This company director is a blue blood. He was born a PEP. … But he already immigrated to Canada, no longer involved in politics … in addition, my client doesn't understand why we are raising these questions," she wrote in an email translated from Chinese.

"Mr. David Ting Kwok Ho was Mr. Ho Ying Chie's grandson … and would like to do many cases shortly" said an August 3, 2011 email.

The next day emails indicate they were preparing to refund Ho's fee, should he be rejected.

Qiu then made an urgent plea to Panama on behalf of her well-connected Canadian customer.

"Mr. Ho now is just a businessman and owns a Canadian company … Mr Ho and his wife … have big development in Shanghai and China, which is approved and encouraged by Chinese government. Besides, Mr. Ho is introduced to us by an old client who has good credit," Qiu wrote in an email.

She downplayed the significance of his legal troubles.

"Mr. Ho has not committed any economical crimes... ... Pls. be the agent and process the incorporation as Mr. Ho has many projects in Shanghai and is waiting for the SEY one to be the parent company," she wrote, warning Ho was losing patience.

"The client is much annoyed by question after question from us," she wrote.

That same day, Mossack Fonseca's due diligence team confirmed Ho "was indeed involved in criminal charges" and asked "whether we should not appoint Mr. David as director or whether we should resign as agent," said the email.

Despite Mossack Fonseca's head office not having received answers to repeated questions about Ho's criminal charges and consular status, he was accepted as a client.

"For future cases, please ensure to provide us complete and clear answers to the questions asked," Roquebert instructed her colleagues in Asia.

Mossack Fonseca has stated it drops clients who "who fail to provide information we need in order to comply with 'know-your-client' obligations."

The Panama Papers reveal that Mossack Fonseca asked for details about Ho's criminal case in six separate emails to its lawyers in Asia.

According to Ho's file, it appears Mossack Fonseca stopped asking after he was approved.

In February 2012, Ho pleaded guilty to unlawful confinement of the sex trade worker and possession of an unregistered gun.

The other charges were dropped, and Ho was sentenced to a suspended sentence, one year of probation, a $5,000 fine, 45 hours of community service and drug counselling.

There are many examples of Mossack Fonseca "routinely" dumping clients when they run afoul of the law.

Mossack Fonseca, however, continues to do business with Harmonyworld Investment.

When contacted by the CBC, the firm declined to answer specific questions about David Ho.

David Ho declined CBC's request for an interview, but issued a statement through his lawyer.

"There was no relationship or connection between the offences with which Mr. Ho was charged and the possible misuse of an offshore company to conceal or facilitate criminal activities of tax evasion," writes William Smart, of Hunter Litigation Chambers.

He says there is "no evidence that Mossack did not perform its due diligence with respect to Mr. Ho. It was (and is) clear that Mr. Ho is a highly respected businessman from a respected family who was seeking to incorporate a holding company to hold the investment in a bona fide farming business that had the backing of the Chinese government."

The statement says the company "properly concluded that it was appropriate to assist with the incorporation."

With respect to due diligence, Smart says, "Information regarding those charges and their eventual disposition in 2012 was, of course, easily available online."

Experts contacted by CBC News agree that no laws were contravened when Mossack Fonaseca registered Ho's company in Seychelles, but raise questions about the decision.

It's not illegal but will be, says professor

He has a big fat chequebook, and they can make some money off of him.— Don Coker, banking consultant

Leblanc says knowingly accepting a client awaiting trial was not illegal, but expects it will be soon.

"It might be legally correct to proceed in this fashion. But what are the reputational drawbacks? I still think the firm made the wrong decision," said Leblanc.

Don Coker, an Atlanta-based banking consultant who is often called as an expert witness on risk management, agrees.

He suspects Ho's net worth may have clouded the law firm's due diligence evaluation of Ho.

"He has a big fat chequebook and they can make some money off of him."

"It seems like the collection of red flags was ignored in favour of getting this deal done," said Trevor Farrow, a law professor at Osgoode Hall Law School in Toronto.

With files from Yvette Brend and Frederic Zalac

If you have information on this or any other story we should investigate, email us: Investigate@cbc.ca